Latest Kia Niro gets bolder looks inside and out, and will continue to be offered as a hybrid, a plug-in hybrid and a fully electric car...

The Kia Niro and a Swiss Army knife have something in common, because they’re both highly adaptable. And while the knife might help you survive the desert, the Niro can slash running costs in the urban jungle, because it’s available as a regular ‘self-charging’ hybrid, as a plug-in hybrid and as a fully electric car. And now there's a new version that could be even more tempting for buyers looking to go green.

For a start, this Niro gets a much bolder look. Up front, you’ll find a wider front grille and slim LED headlights similar to those on the EV6 electric car and the recently revealed Sportage family SUV, and around the back you’ll find some distinctive boomerang-style tail-lights. 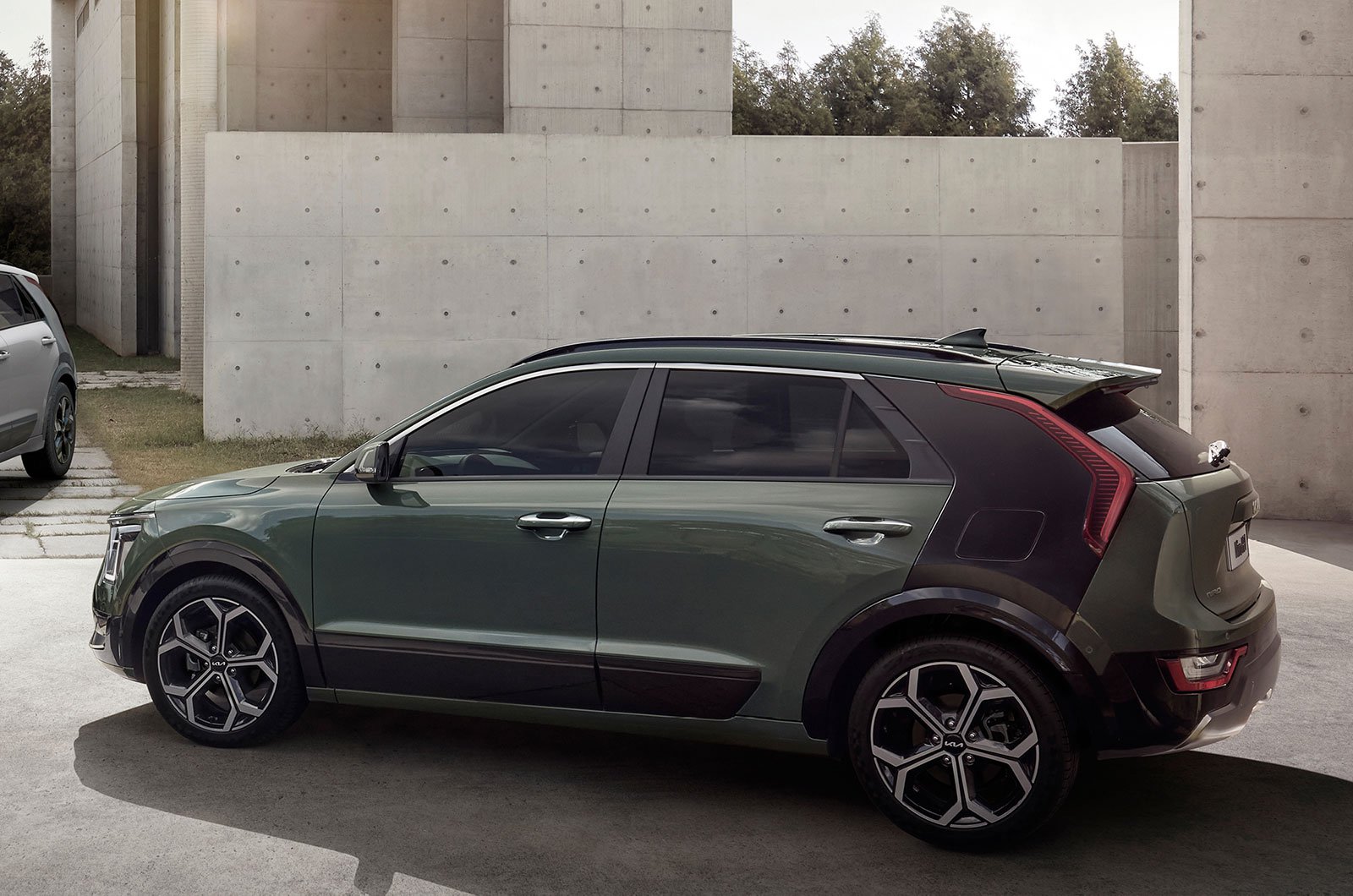 Much of the interior of the new Niro has been inspired by nature and sustainability, with the interior headlining, for example, being made from recycled wallpaper. The seats, meanwhile, are made of materials derived from eucalyptus leaves, and they’re much slimmer than before to improve interior space. Elsewhere, you’ll spot other design cues from the EV6, including a two-spoke steering wheel and dual screens for instruments and infotainment.

Technical specifications for the new Niro are yet to be revealed, but the hybrid is likely to use an updated version of the current 1.6-litre petrol engine, combined with a small battery pack and electric motor so it can run on pure electricity at lower speeds, such as in heavy traffic. 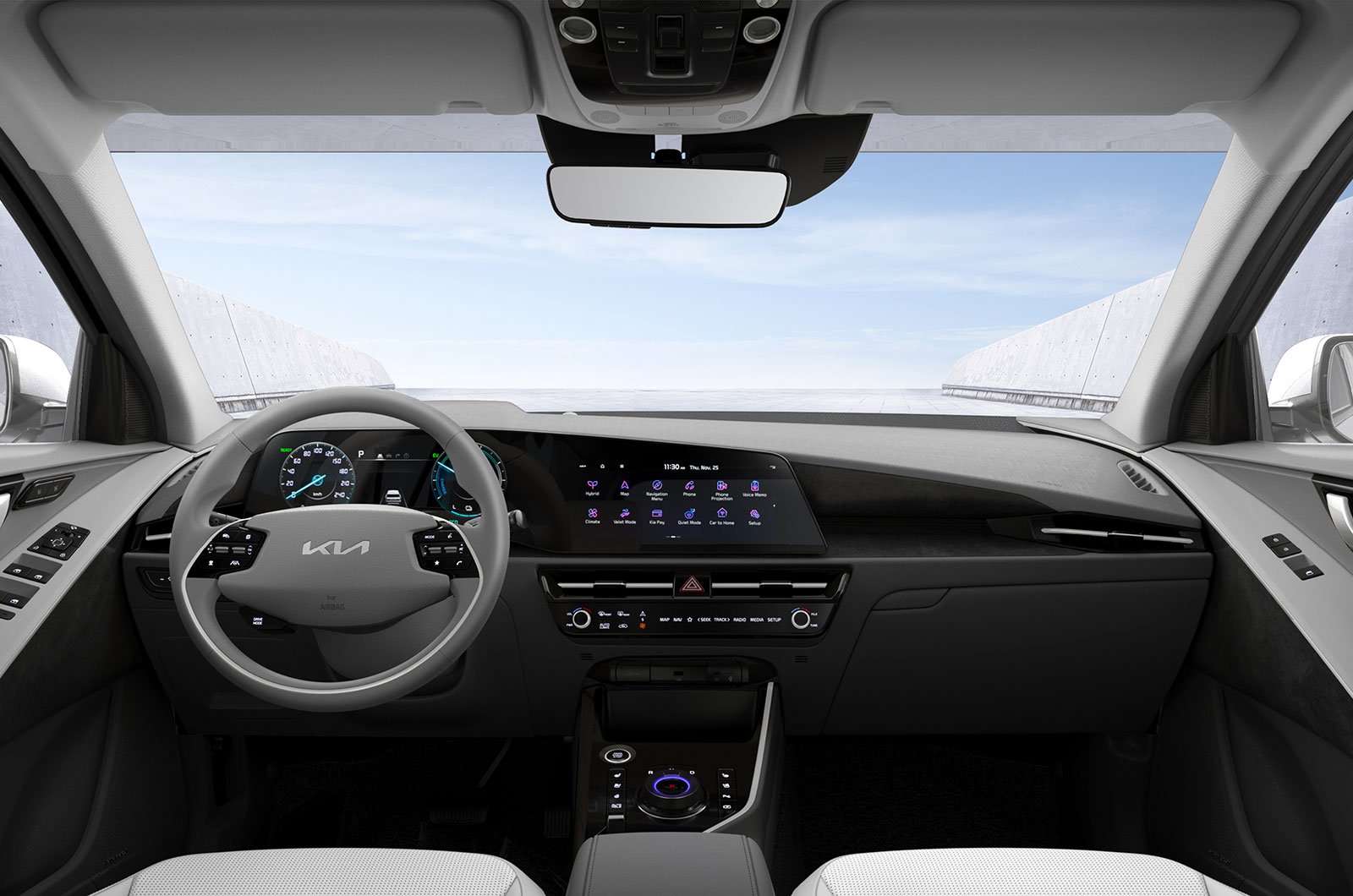 The plug-in hybrid should use a similar set-up, but with the ability to travel much further on pure electricity. The current Niro plug-in hybrid can take you up to 30 miles on electric power before its petrol engine kicks in.

The plug-in version will also feature a new ‘Greenzone Drive Mode’, where the car will automatically switch to fully electric mode when entering green zones such as residential areas, or nearby schools and hospitals. This will automatically be enabled based on navigation cues and driving history data. 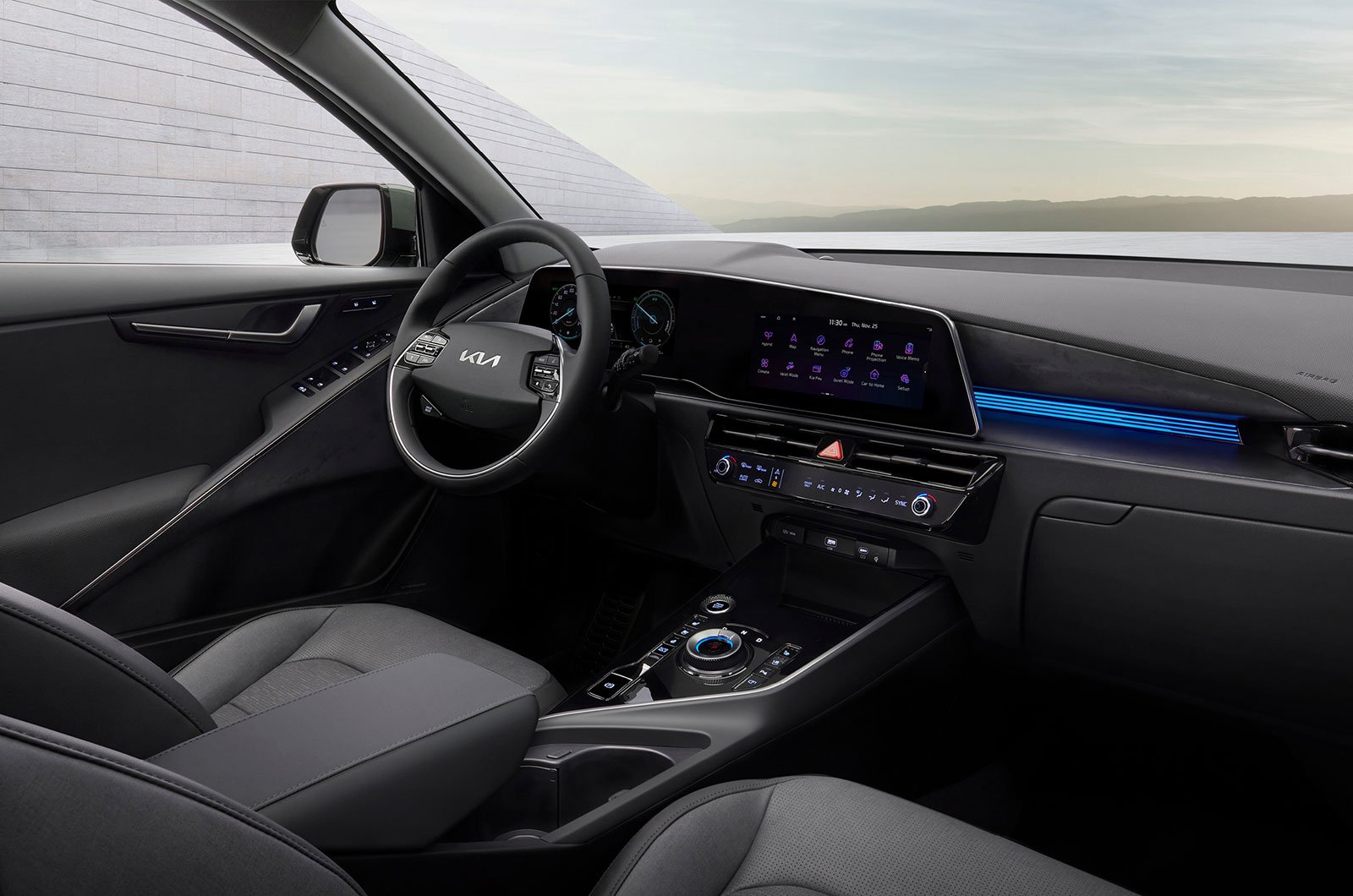 The fully electric e-Niro is likely to be offered with the same 39kWh and 64kWh batteries as today's car. Those offer an official range of up to 180 miles and 282 miles respectively. The current e-Niro is one of our favourite electric cars and was our overall Car of the Year in 2019, so expectations couldn’t be higher.