Some transformations are subtle, others hit you like a runaway train. This new Kia Sportage SUV is definitely at the more dramatic end of the scale – with a longer and wider body than the car it replaces, styling straight out of the 22nd century, and the option of having it as a plug-in hybrid for the first time.

That extra length means the next-generation Sportage straddles the family SUV and large SUV classes, so its rivals will include the Nissan Qashqai, Seat Ateca and Skoda Karoq, plus larger models, including the Peugeot 5008 and Mazda CX-5.

The styling is partly inspired by the Kia EV6 electric car, and the Sportage features new LED daytime running lights and headlights that shift their patterns to avoid dazzling oncoming drivers. There's a wide and imposing front grille, plus the option of having a black roof for the first time, giving it a sporty character. Drivers can choose alloy wheels up to 19in. 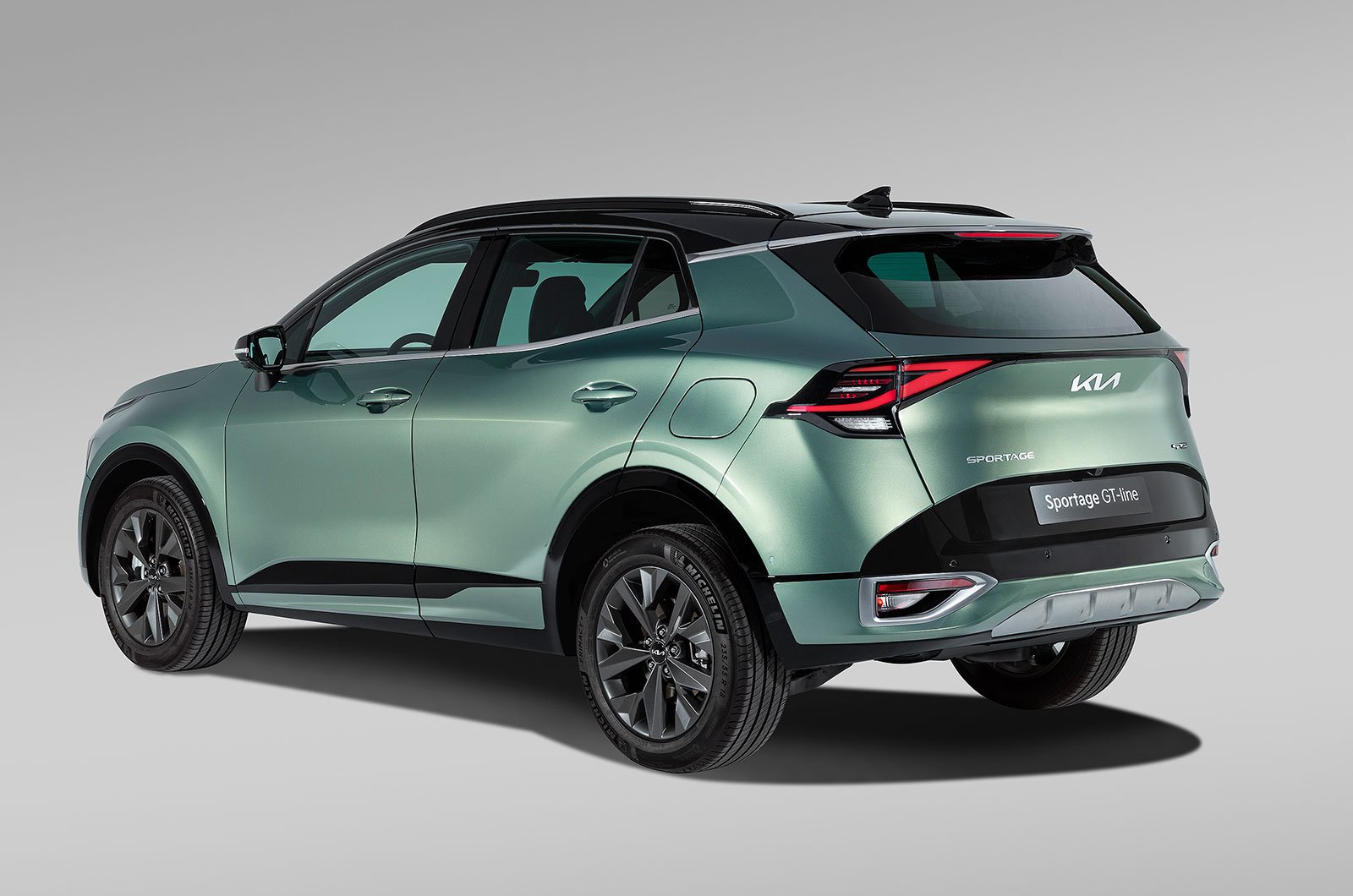 Inside, you'll find a 12.3in digital instrument cluster which can be configured to put a variety of information in front of you, plus a separate 12.3in infotainment system.

We've yet to try this new system, but it looks as though Kia has tried to reduce the time needed to activate some of the more common functions – shortcuts appear on a separate touch panel beneath the screen itself, along with the climate controls. Improvements and new features can be added wirelessly through over-the-air updates, and we'd expect the system to be compatible with both Apple CarPlay and Android Auto smartphone mirroring.

Other features include wireless smartphone charging, an upgraded Harmon Kardon stereo for audiophiles, and a rotary gear selector on the centre console if you go for an automatic gearbox.

We'll be testing the new Sportage's headroom and legroom when we drive it, but for now Kia says the car can accommodate up to 591 litres in its boot. That's 100 litres more than the previous generation, and more than most rivals, including the spacious Karoq. It's also more than some of those larger SUV models we mentioned, including the CX-5.

That all means the new Sportage should have no trouble handling your family's holiday luggage, and the seats split in a 40/20/40 arrangement to give you added flexibility. 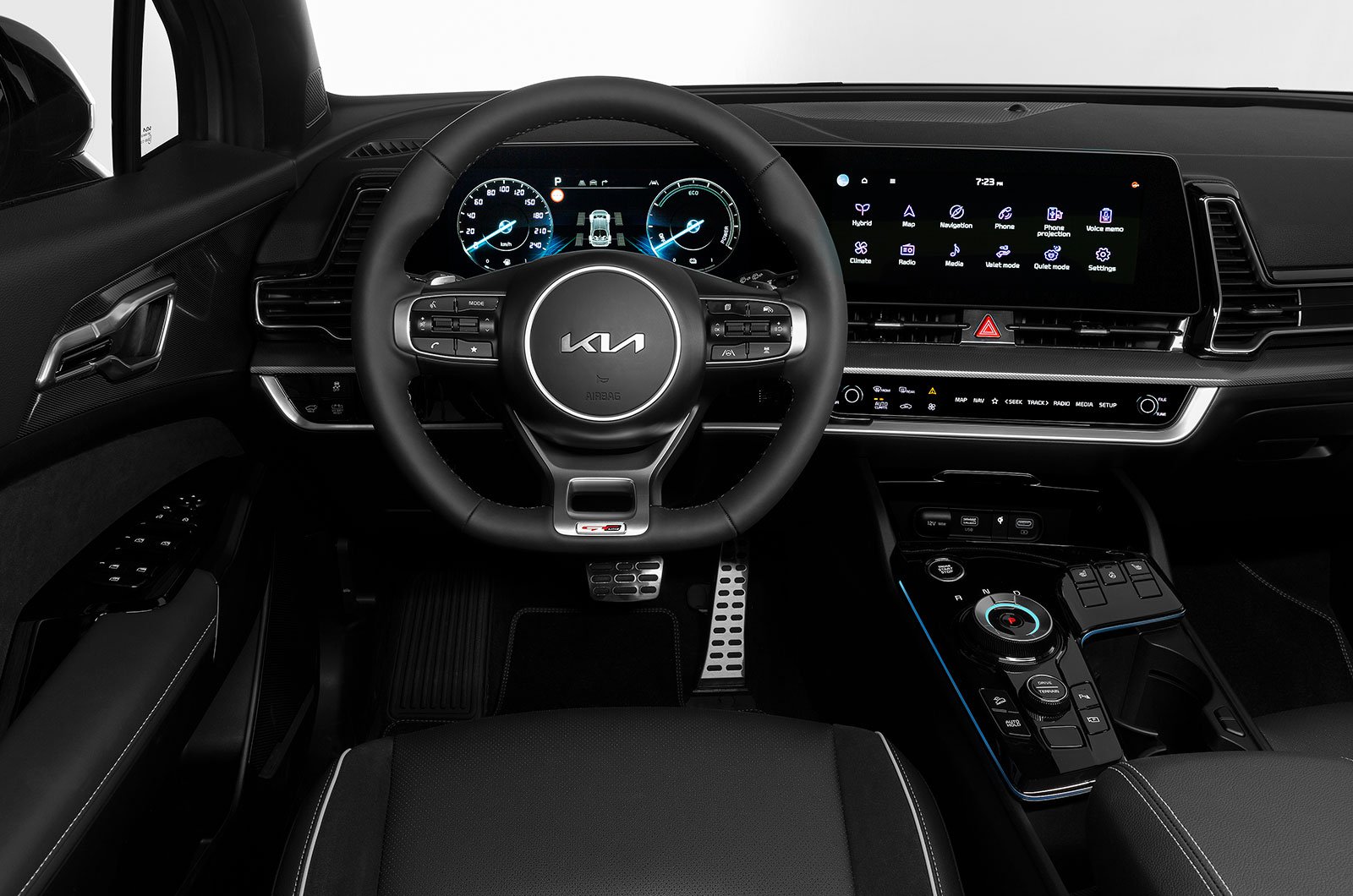 The flagship Sportage at launch will be the plug-in hybrid version, with a 1.6-litre petrol engine, plus an electric motor drawing energy from a 13.8kWh battery pack. They will produce a combined 261bhp, and although Kia has yet to reveal how far the plug-in hybrid model can travel on electric power alone, we'd expect it to manage at least 30 miles, which should be enough for most commutes.

There will be also a regular 'self-charging' hybrid version available at launch, again featuring the 1.6-litre petrol engine with an electric motor for a combined output of 227bhp.

Buyers can also have the 1.6-litre petrol engine on its own, in either 148bhp or 178bhp forms. Each version benefits from mild-hybrid technology to help lower both emissions and your fuel bills. There is also a 1.6-litre diesel engine for high-mileage drivers, available in 113bhp and 134bhp guises. Gearbox options are a six-speed manual or seven-speed automatic. 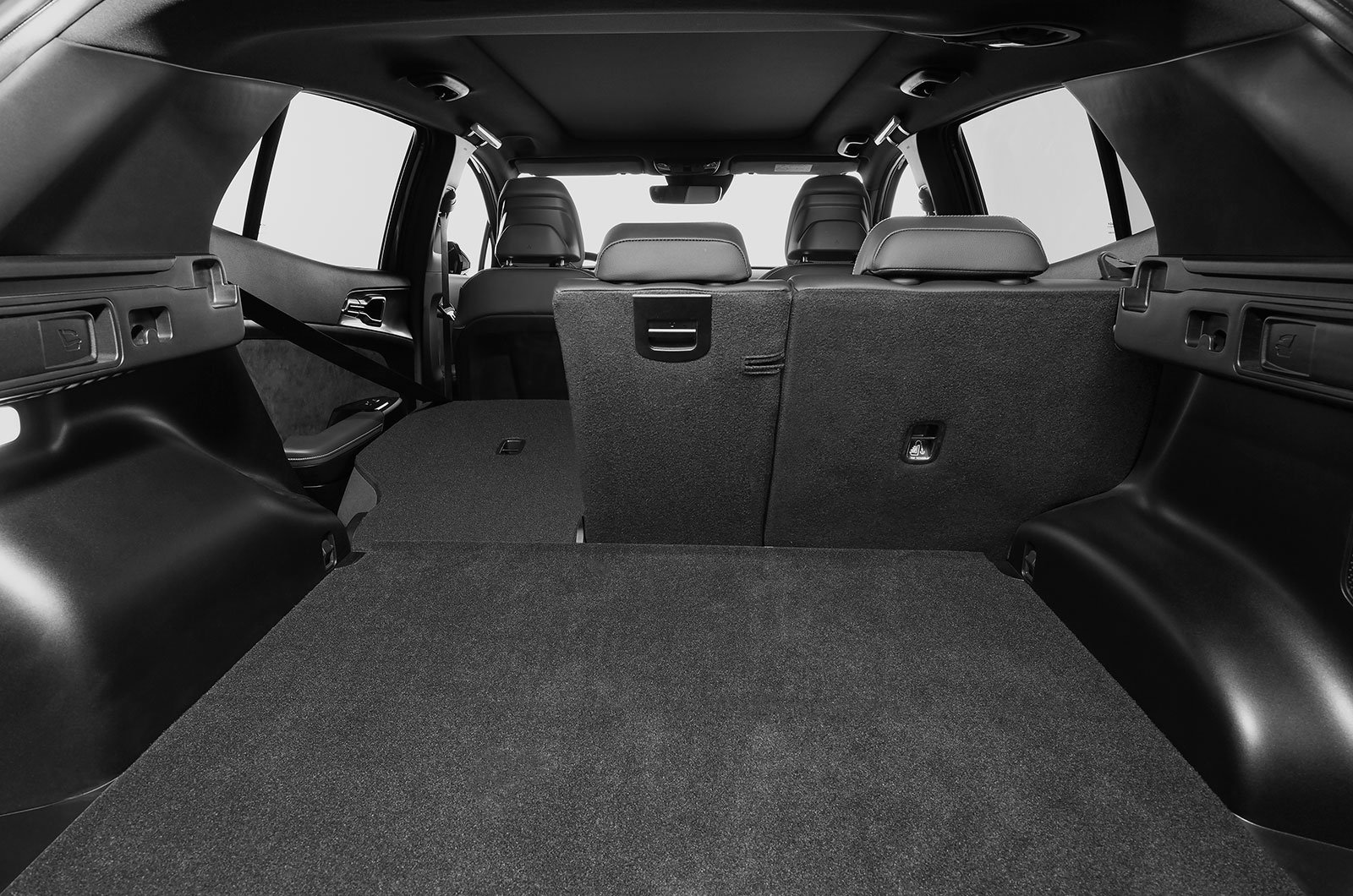 There won't be a purely electric version of the Sportage (at least for now, anyway) as Kia already has both the e-Niro and Soul in its range.

As well as new suspension which adjusts itself continuously in line with the road conditions, the new Sportage features a number of driving modes – including a Terrain Mode for drivers venturing off-road – which automatically adapt the car's systems for different conditions. 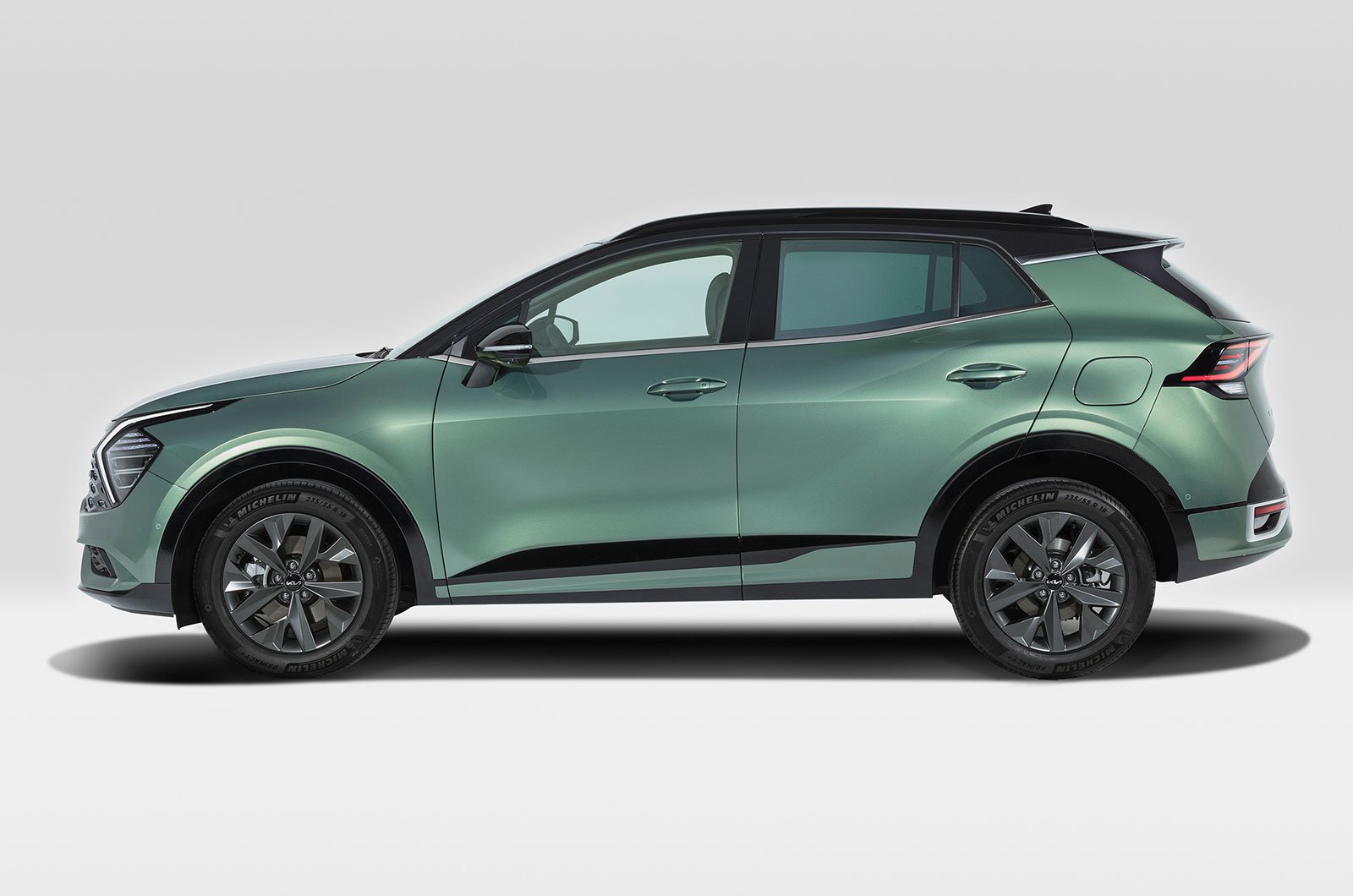 Prices won't be announced until closer to the Sportage arriving in dealerships, but it's expected to cost from around £25,000. That's a small rise on today's car, but means the new Sportage will still be competitive next to its family SUV rivals, and a comparative bargain next to many larger models.