Buying a vehicle for your work can leave you feeling like Goldilocks aiming to choose the right bowl of porridge, but the arrival of the new Toyota Corolla Commercial should change that.

Currently, one end of the van spectrum features small hatchback conversions which offer a comfortable, enjoyable drive, but little cargo space. At the other end you'll find traditional vans, which are tremendously practical, but often lack refinement. However, the Corolla Commercial aims to be 'just right' in its balance of space and refinement.

It borrows its underpinnings from the Toyota Corolla Touring Sports estate car, which means it should drive with the same accurate steering and well-balanced ride as the regular passenger car version.

The only engine available in the Corolla Commercial is the 120bhp 1.8-litre petrol-electric hybrid from the Touring Sports. This feels adequate for most situations, but less perky than rivals such as the 123bhp 1.0-litre petrol Ford Focus Estate. Crucially, it will also allow you to drive for short distances using electric power alone. 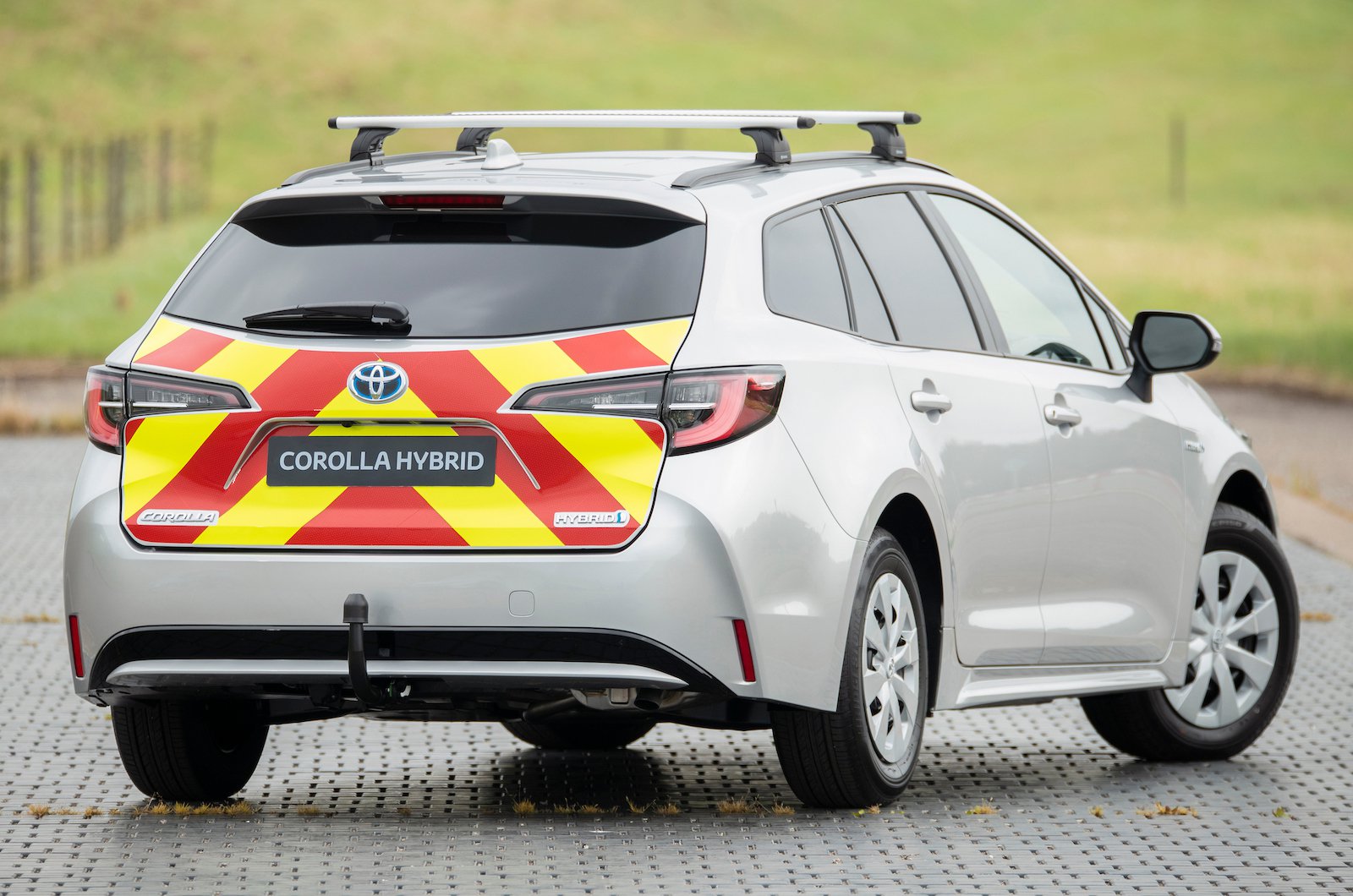 Where the Corolla’s hybrid set-up shines is in running costs. The regular Corolla Touring Sports is the fifth most efficient hybrid car to have undergone our True MPG test, having averaged a hair under 50mpg. Moreover, this engine outputs just 103g/km of CO2, which places it in one of the lowest benefit-in-kind (BIK) company car tax bands. The same should apply for the Corolla Commercial.

Its large estate body pays off in the practicality stakes. At 1.01m3, the Corolla Commercial has a larger load volume than both the Ford Fiesta Van and the Renault Zoe Van. The Corolla Commercial also has an edge in towing, with the ability to lug objects weighing up to 750kg. Its payload capacity is likely to be around 500kg in order to compete with the Dacia Duster Commercial, which is also much more than the Fiesta and Zoe are capable of carrying. 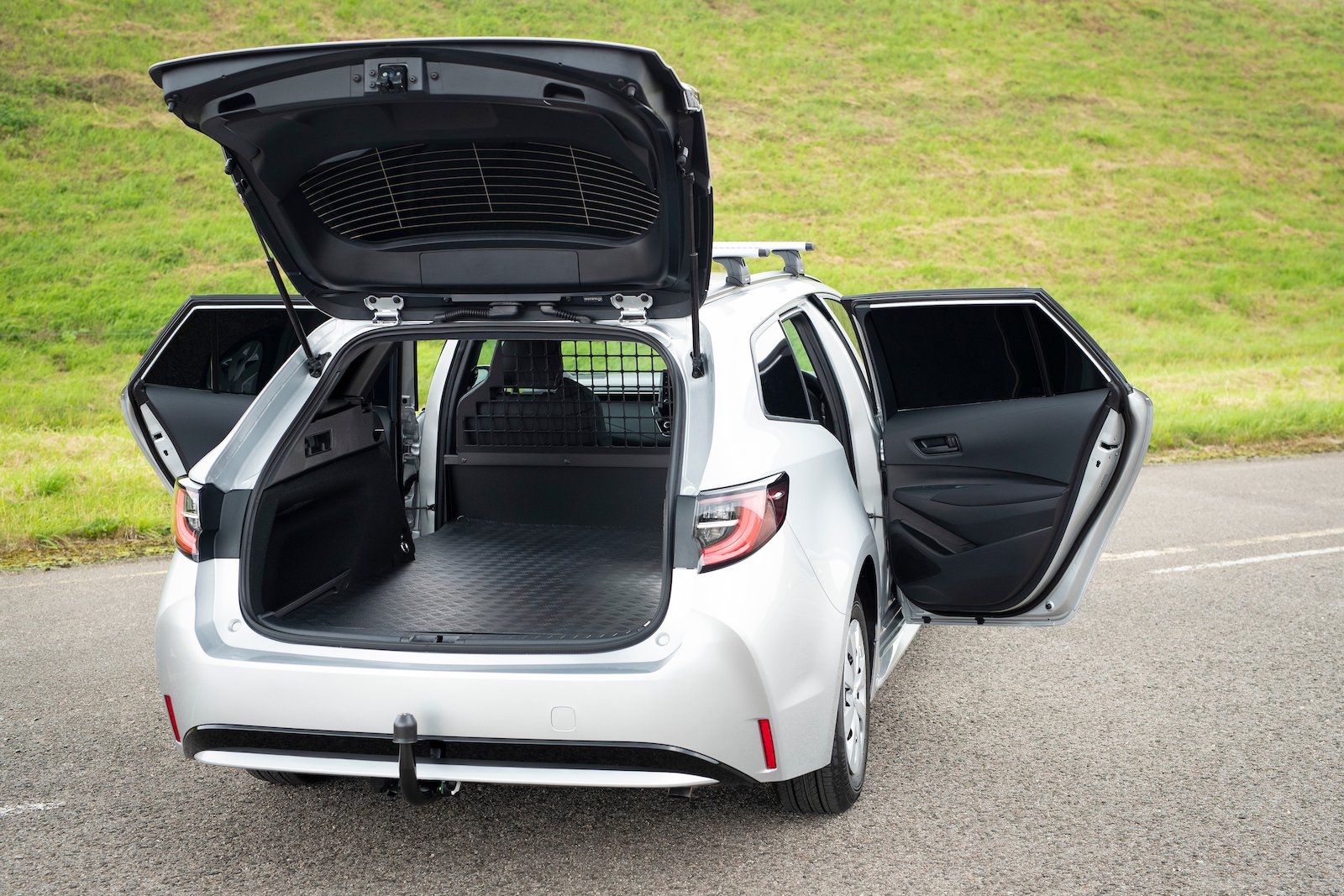 Inside, its roots as the Corolla Touring Sports are even more obvious. Its interior features plenty of soft-touch materials and it feels relatively upmarket, especially compared with most conventional vans.

This sense of quality is reinforced by the generous amount of standard equipment, which includes a reversing camera, two-zone air conditioning, heated height-adjustable seats (with electric lumbar adjustment for the driver) and an 8.0in infotainment touchscreen. However, the infotainment touchscreen is slow to respond to input and features below-par graphics in the Corolla Touring Sports. 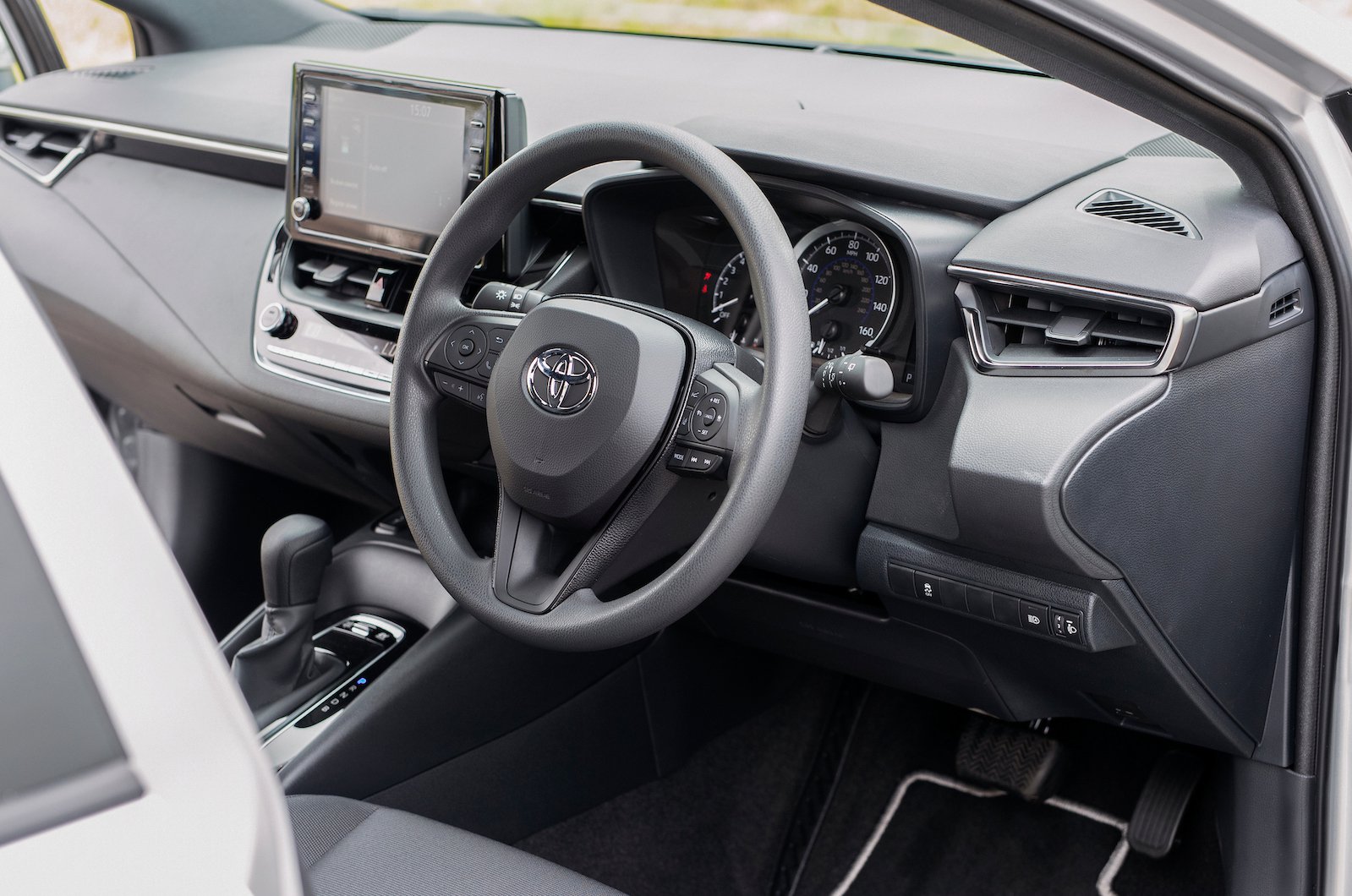 Only one version of the Corolla Commercial will be available at launch, costing £22,134 (excluding VAT), or £26,495 on the road. It doesn’t have any true like-for-like rivals, but its nearest competitor – the Duster Commercial – will undercut it by a significant margin, costing just £8995 before VAT.

Next: 2021 new van sales revealed: who were the winners and losers? >>