The BMW XM is an outrageously powerful plug-in hybrid SUV, which has been developed by the brand's M performance division...

If you're the sort of person who thinks bigger is better, you're going to love the new BMW XM plug-in hybrid. Developed by the brand's M performance division, it's not only physically huge, at just over 5.1m long, but will have the largest price tag and offer the most power of any BMW SUV you can buy.

Its design sticks closely to that of the XM concept, which was shown last year, meaning angular lines and squared-off wheelarches. What’s more, the concept’s ultra-slim LED headlights have been retained, with these flanking a split front grille that takes up so much real estate it might as well have its own postcode. 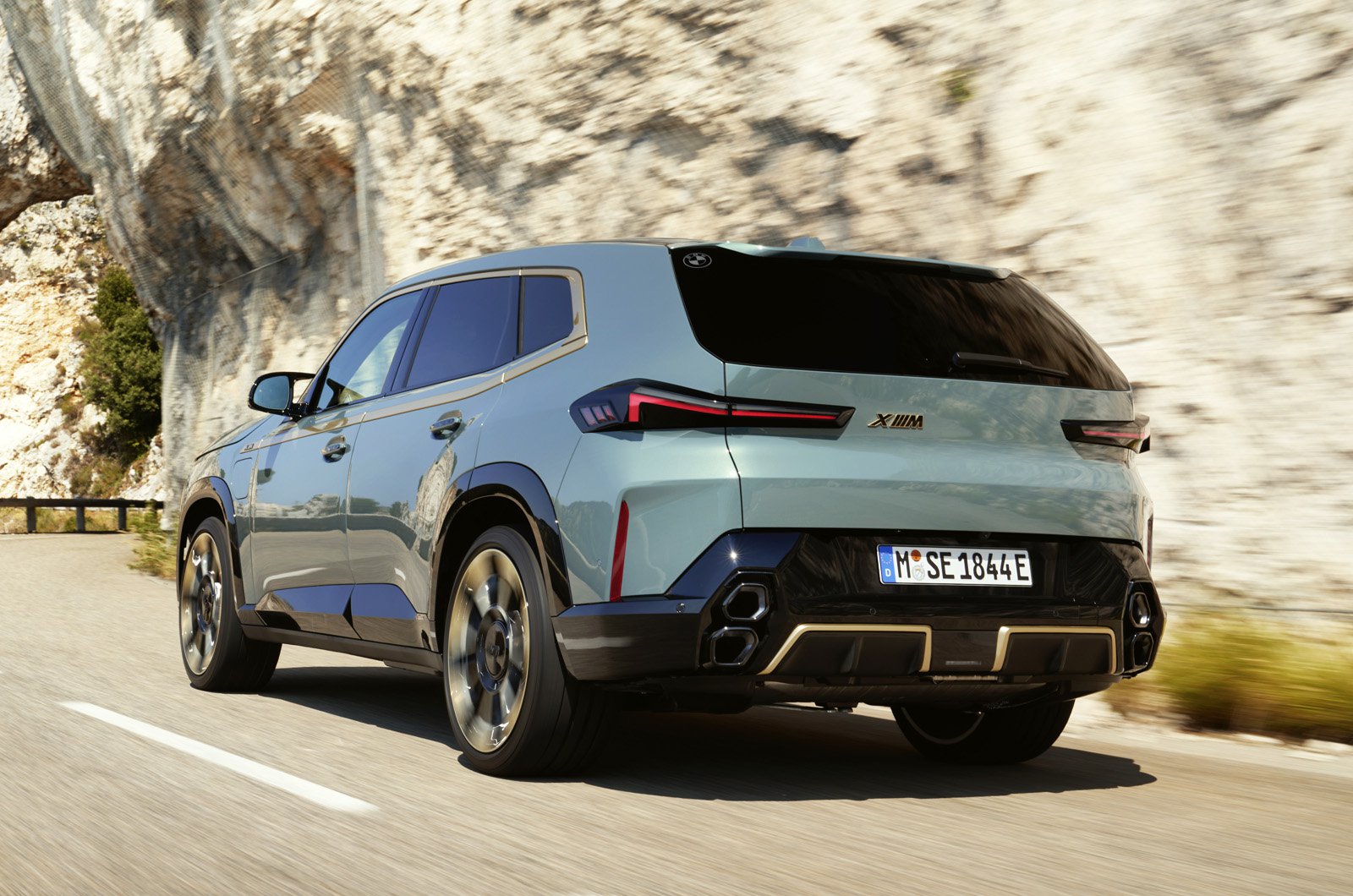 Just to make doubly sure you don’t miss it (in case you’re looking at it from space, perhaps) the outer edges of the grille are coloured gold and the inner edges are illuminated.

Behind it sits a 4.4-litre V8 engine that works with an electric motor to produce a combined 644bhp – enough for 0-62mph in 4.3sec. Or, alternatively, you can run purely on electric power for up to 55 miles (officially) and at speeds of up to 87mph, with a full charge of the 25.7kWh (usable capacity) battery taking 4.25 hours.

To put those numbers into context, the rival Porsche Cayenne Turbo S E-Hybrid is slightly quicker, hitting 62mph in 3.8sec, but it can manage only 25 miles on electric power between charges. And while the Cayenne's battery can be topped up in less time, that’s only because it's smaller; both cars have the same 7.4kW maximum charging speed. 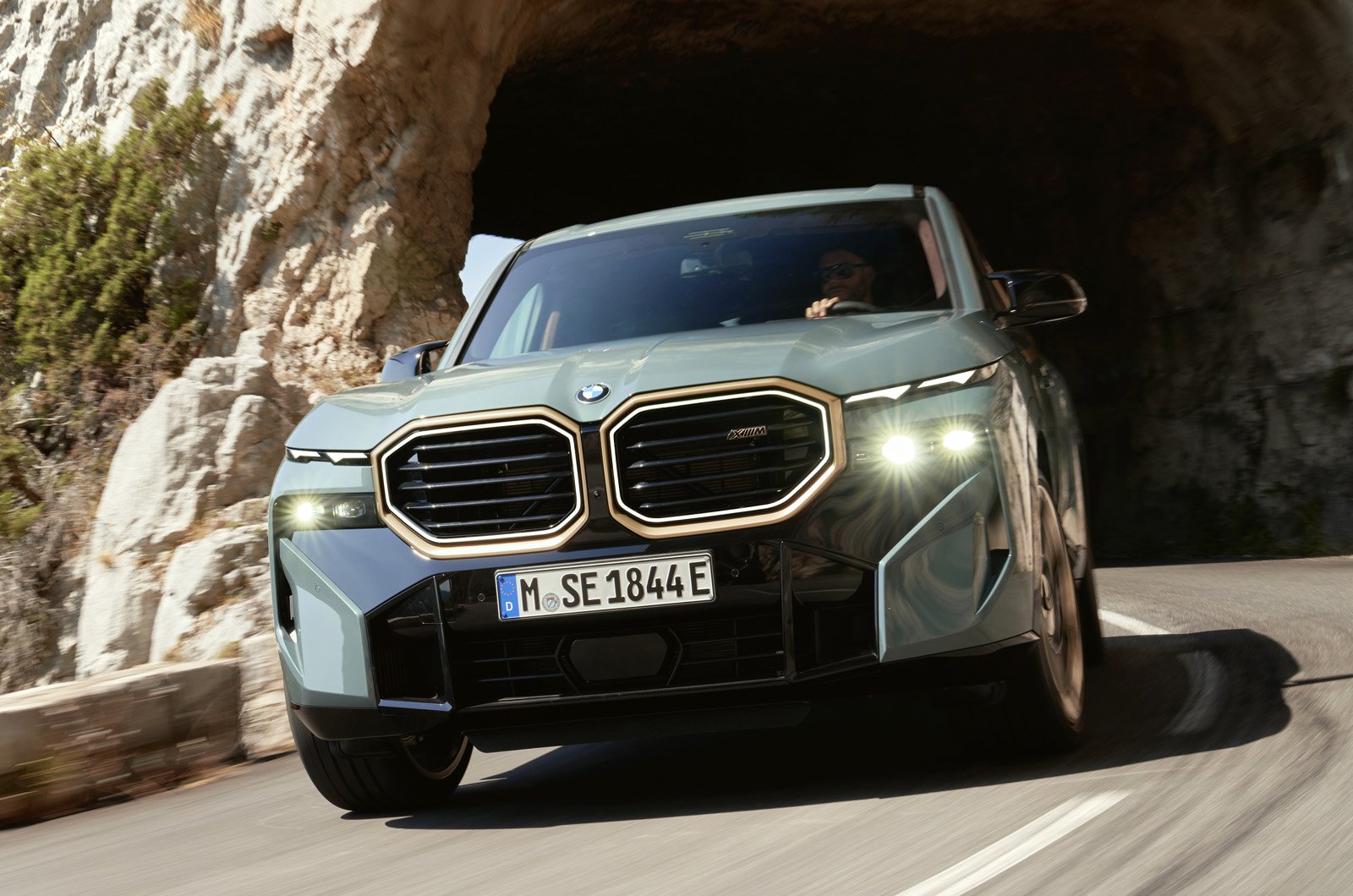 Four-wheel steering is standard on the XM, with the rear wheels moving in the same direction as the fronts at high speed to enhance stability, and in the opposite direction around town to reduce the turning circle.

You also get four-wheel drive to maximise traction; power is usually distributed evenly between the front and rear axles, but when you switch to 4WD Sport mode, the proportion of drive that's sent to the rear wheels is increased in an effort to deliver a sportier feel.

Those who value sportiness will also be interested to know that in the autumn of 2023, BMW will expand the XM line-up to include a 738bhp model, called the Label Red. However, there are currently no plans to introduce any conventional petrol or diesel versions – or indeed a fully electric XM. 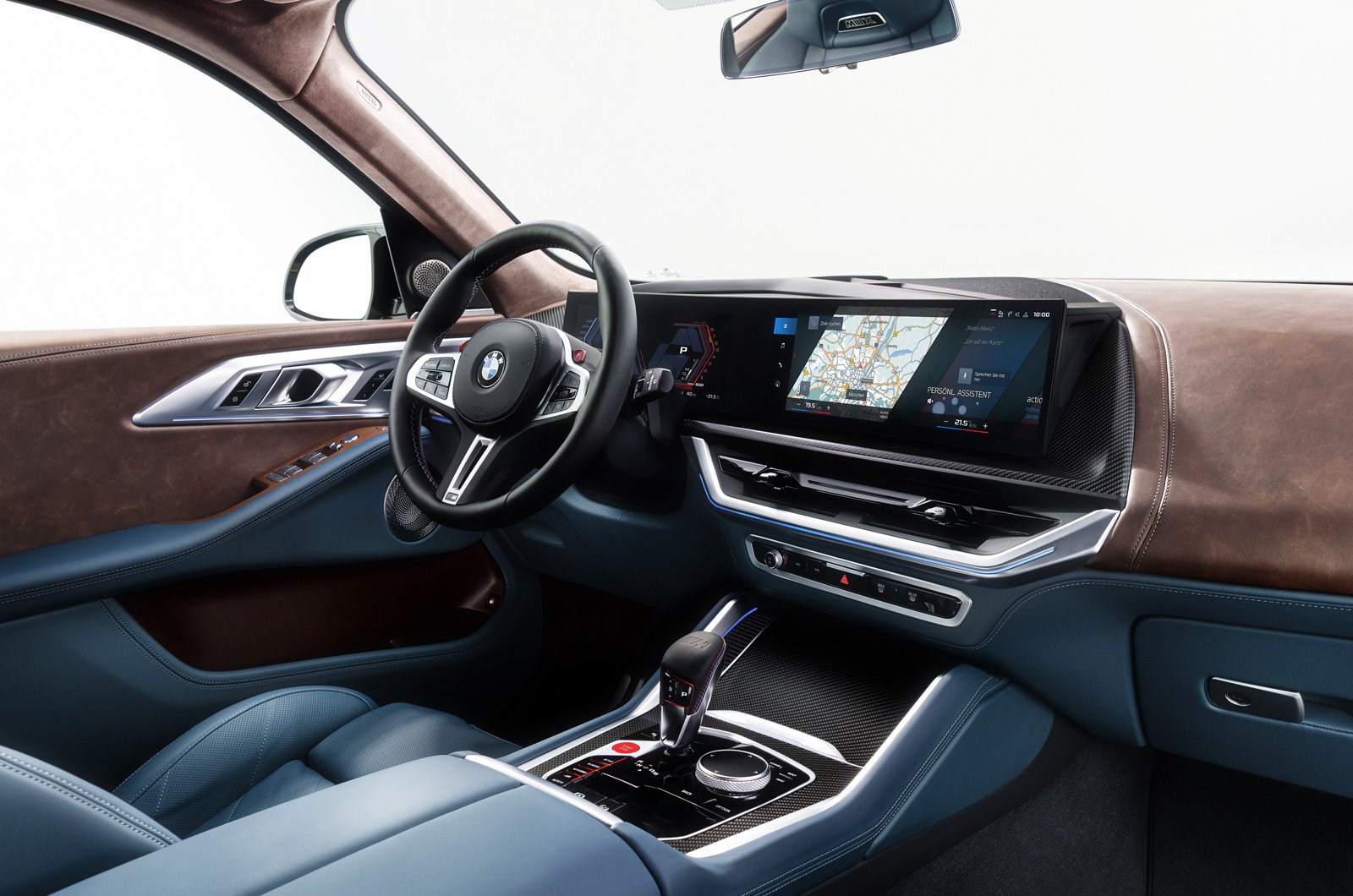 The car won’t be offered as a seven-seater, either, unlike the smaller BMW X5 and similar-sized BMW X7. Instead, it’s designed to provide palatial space for five, plus a practical boot, although the 527-litre capacity of this doesn’t compare favourably with the 645 litres of the Cayenne.

In the front of the car, dual digital screens take care of instrumentation and infotainment, with most functions controllable by touch, voice commands and a physical dial between the front seats. Our experience suggests that the latter option, in particular, should make the system easier to use on the move than the touchscreen-biased set-ups found in rivals.

From summer 2023, occupants will be able to access video-on-demand services on the central display to help them pass the time when the car is parked up, for example, during a stop to charge the battery. 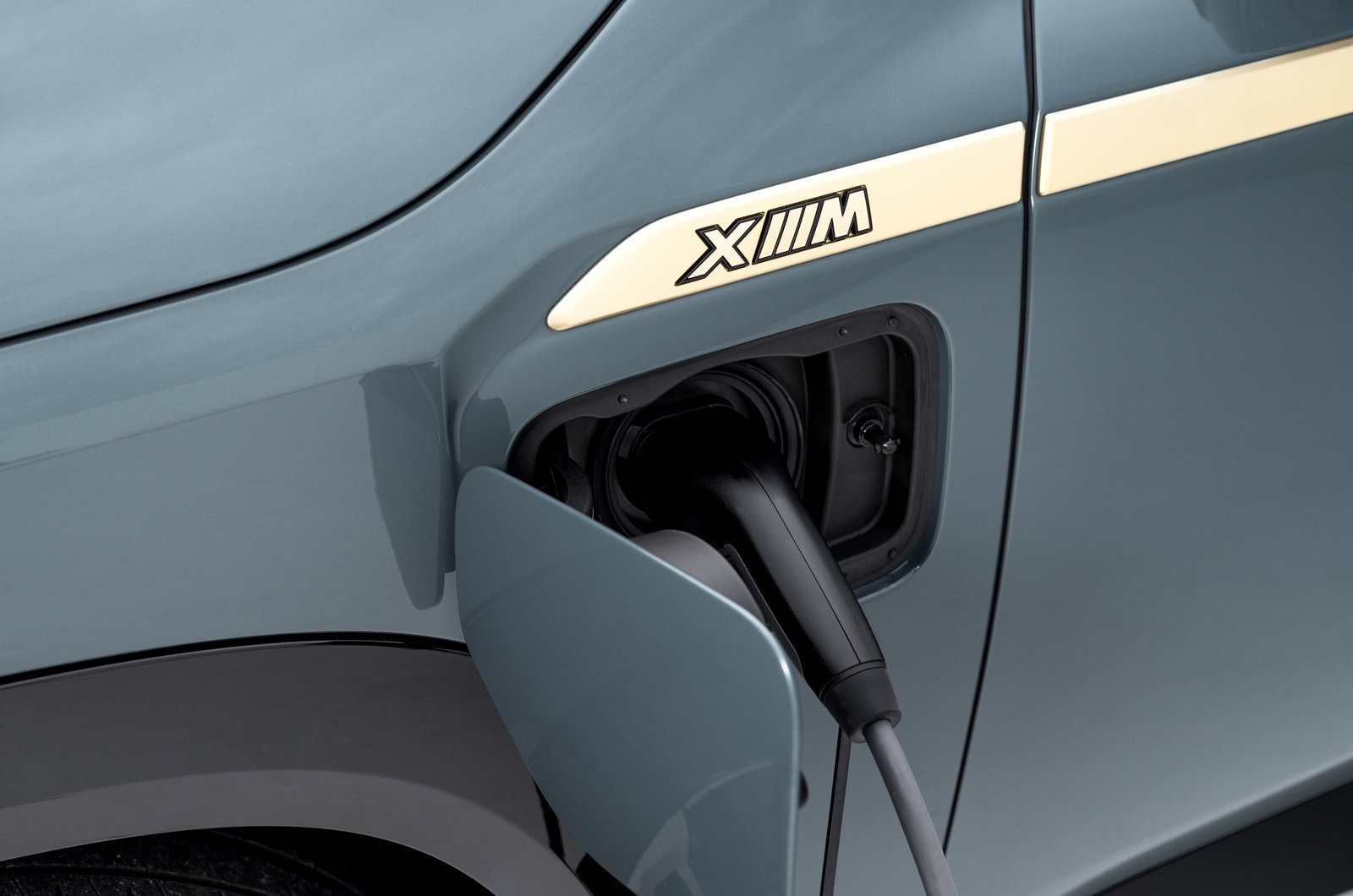 A starting price of £144,980 means the XM is considerably more expensive than even the range-topping version of the fully electric BMW iX SUV, which comes in at ‘just’ £107,305. However, while the XM also costs almost £11k more than the Cayenne Turbo S E-Hybrid, the XM's list of standard equipment is yet another thing about it that's huge; highlights include four-zone climate control, a 16-speaker, 415w Harmon Kardon sound system and ambient interior lighting that can pulse to alert you to incoming phone calls or the risk of a collision when opening a door. 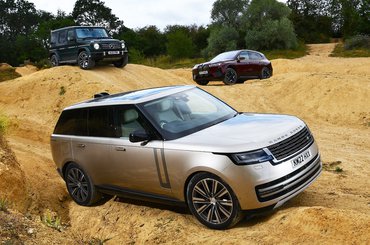 The iconic Range Rover has been renewed, but does this latest iteration have the right stuff? To find out, we’re pitting it against disparate luxury SUV rivals from BMW and Mercedes