More for you |
Electric car waiting times revealedCoronavirus advice: How do I renew my car's tax if its MOT has expired? Best small cars 2020Past Master: Audi TT Mk1Coronavirus advice: how to contact What Car?
Home
News
Anniversary VW Golf GTI gets more power
news 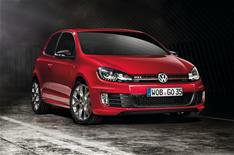 Volkswagen will launch a special anniversary edition of the Golf GTI later in 2011 to celebrate the car's 35th birthday.

At 232bhp, the Golf GTI Edition 35 is 25bhp more power than the standard version.

Prices, performance and full specification details will be announced after the car has made its debut at the Worthersee tuning show in Austria at the beginning of June.