This second-generation Audi Q5 has long been a favourite in the large SUV class, but has a recent facelift made it even better? We're living with one to find out...

Why it’s here We already think the Audi Q5 is one of the best large SUVs you can buy, but is this facelifted version a step forwards or a leap back?

Needs to Be comfortable for both short and long journeys, spacious and able to function as a mobile office when needed

Any car buyer would hope to find something that suits them down to the ground. I’m not talking about just ticking boxes here; I mean a car that is as well suited to you as, well, a tailored suit. Something that slots into your life as easily as bread into a toaster and which, as a result, you never want to get rid of.

I found that car in 2017; it was the pre-facelift Audi Q5 large SUV and, over the course of four months spent in its company, I fell hopelessly in love. Circumstances meant I had to let it go in favour of something else when my time was up but, when Audi revealed a facelifted version of the car last June, I knew I had to have one on my driveway.

And here it is, resplendent in silver paintwork and looking every inch the premium large SUV inside and out. In fact, the Q5 has the best interior of any car in its class. And that’s not me viewing it with rose-tinted glasses; it’s the very award this Q5 picked up during our 2021 Car of the Year Awards online event. 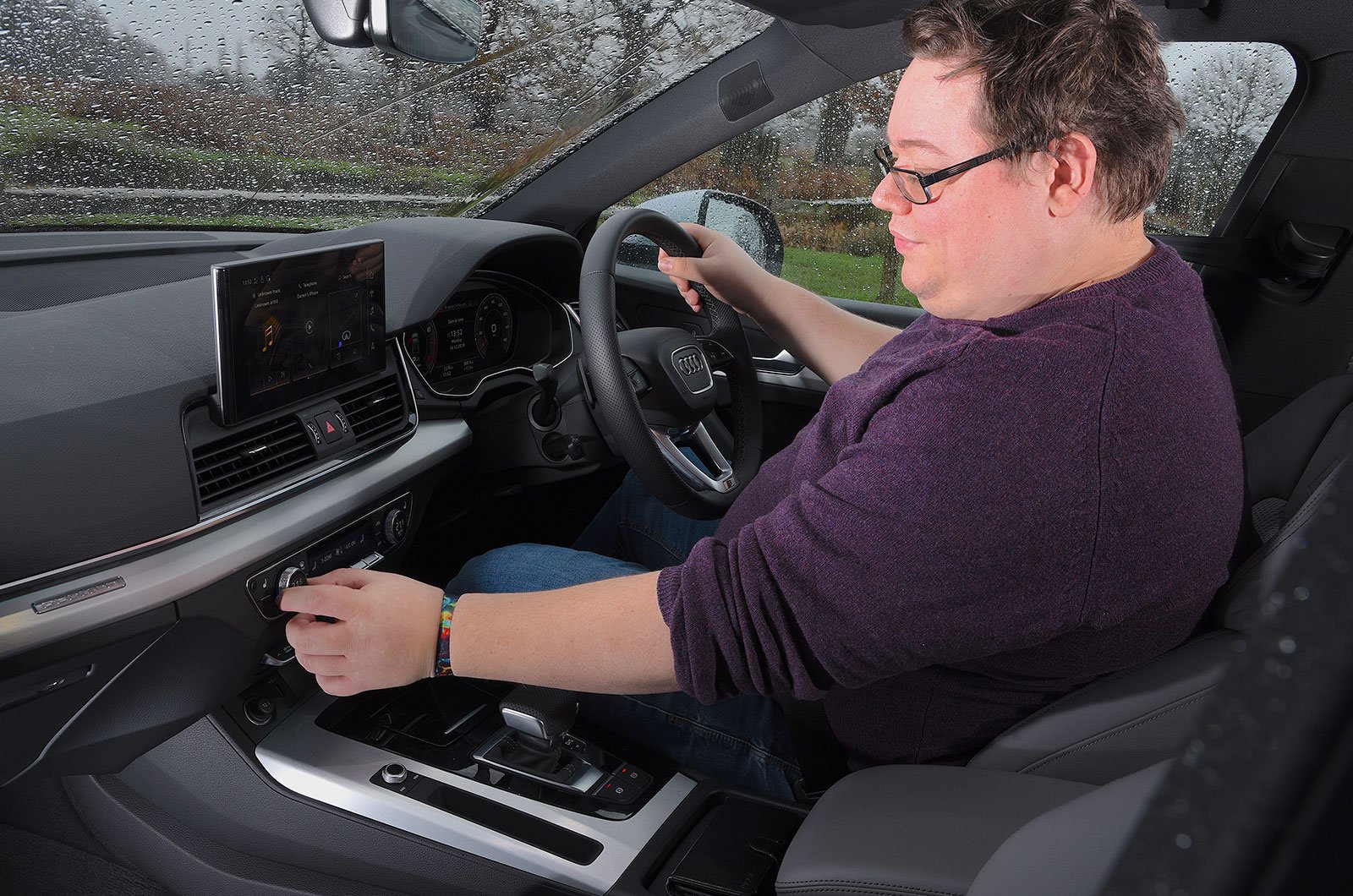 Certainly, sitting inside the Q5, you’re immediately aware of the quality on offer. Whether it’s buttons that click with a satisfying solidity, or the swathes of leather that criss-cross the dashboard, the Q5 oozes quality. Indeed, you have to hunt very far down inside to find the kind of scratchy plastics that feature far more prominently on cheaper family SUVs.

I’ve gone for our recommended trim, S line, which comes with 19in alloy wheels, more aggressive front and rear bumpers and privacy glass, among other things. I doubt many owners would be able to ignore Audi’s lengthy and tempting list of optional extras, though, and so it has proved with me.

As well as an upgraded stereo, wireless mobile phone charging and Matrix LED headlights, I’ve opted for the Audi's Rear bench seat plus, which allows me to prioritise either second-row legroom or boot space, and the Storage Pack, to help make the most of the Q5’s cavernous boot.

While I reckon most of the extensive list of options I’ve added to my car will come in handy, I’ll admit here and now that others, such as the 20in alloy wheels and extended LED lighting inside, might be a step too far. Time will tell whether I come to regret those decisions.

Something I don’t think I’ll regret is my choice of engine, which is the most powerful petrol option in the Q5 range: the 261bhp 2.0-litre 45 TFSI. This is already proving to be wonderfully responsive, and on the few times I’ve been able to stretch the Q5’s legs in between lockdowns, it has been whisper-quiet on the motorway yet never short on power when a swift overtake is needed. Indeed, official figures suggest my Q5 can reach 62mph from rest in just 6.1sec, which is quicker than entry-level versions of the Porsche Macan sports SUV. 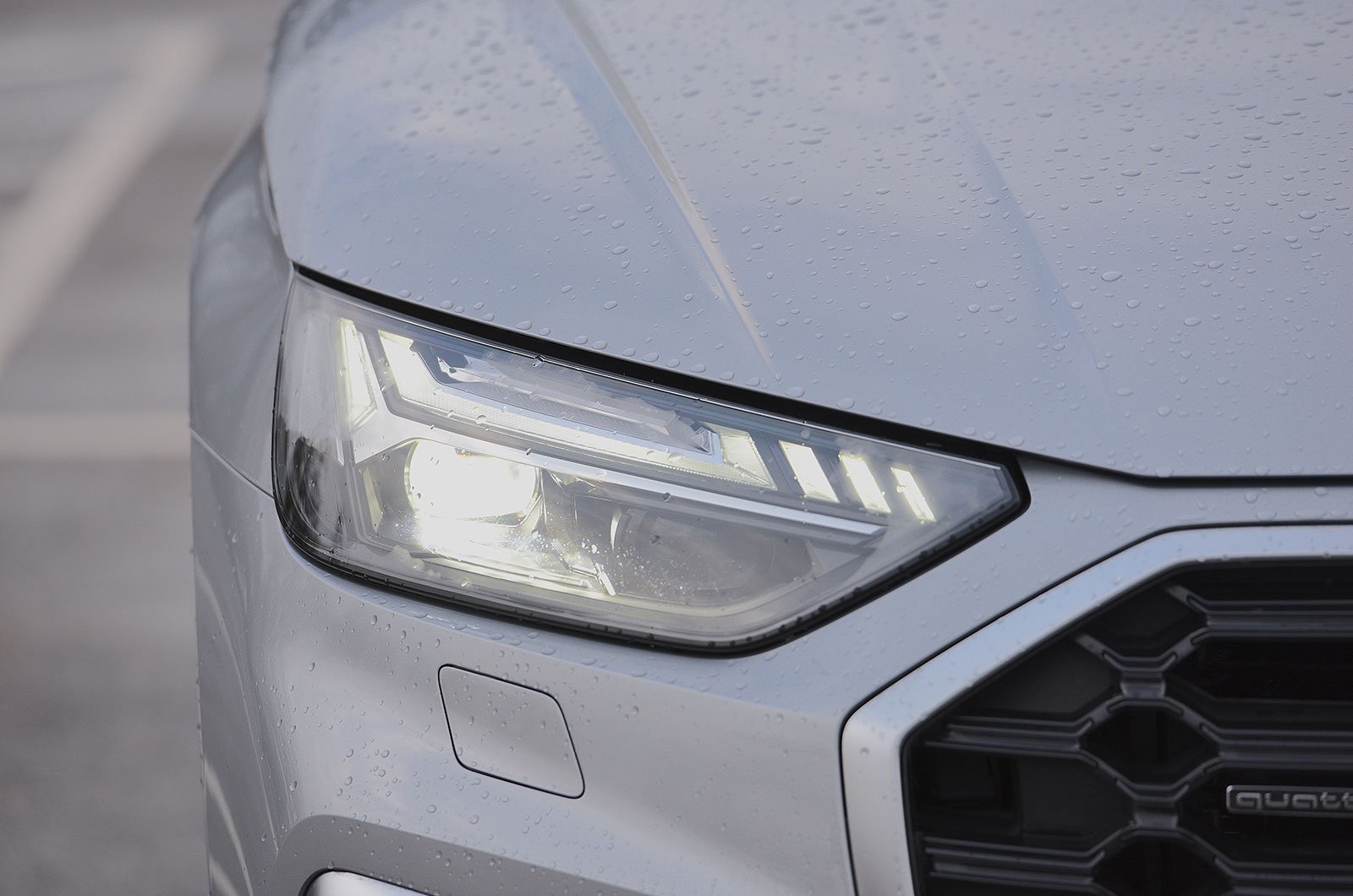 Of course, the trade-off for having such strong performance is that fuel economy isn't likely to be spectacular, with official figures suggesting 32.8mpg is possible in the 45 TFSI, compared with the 40mpg plus I was getting from my previous 2.0 TDI Q5.

Early impressions have been limited to a few motorway trips when restrictions allowed, plus many more local miles to Tesco, but just as the original did, this Q5 is slotting into my life with ease. Whether I’m loading up the boot with bags of groceries or using the car as a makeshift office to catch up on emails, it’s proving to be an ideal automotive companion.

Could this be love rekindled, then, or will the fire that burned so bright the first time around be snuffed out? Over the next four months, I’ll find out.