In my opening update I asked the question: is the Audi RS3 a hot hatch in more than just appearance or is it actually a de facto performance car masquerading under the body of an Audi A3 family car? Well, I’m starting to lean towards the latter definition.

Why? Well, hot hatches have traditionally been highly strung cars that sacrifice some civility in return for thrills on every journey, but the RS3 is just so darn useable. In just a couple of months, I’ve added nearly 5000 miles to the odometer and most of those have been accrued on the motorway. 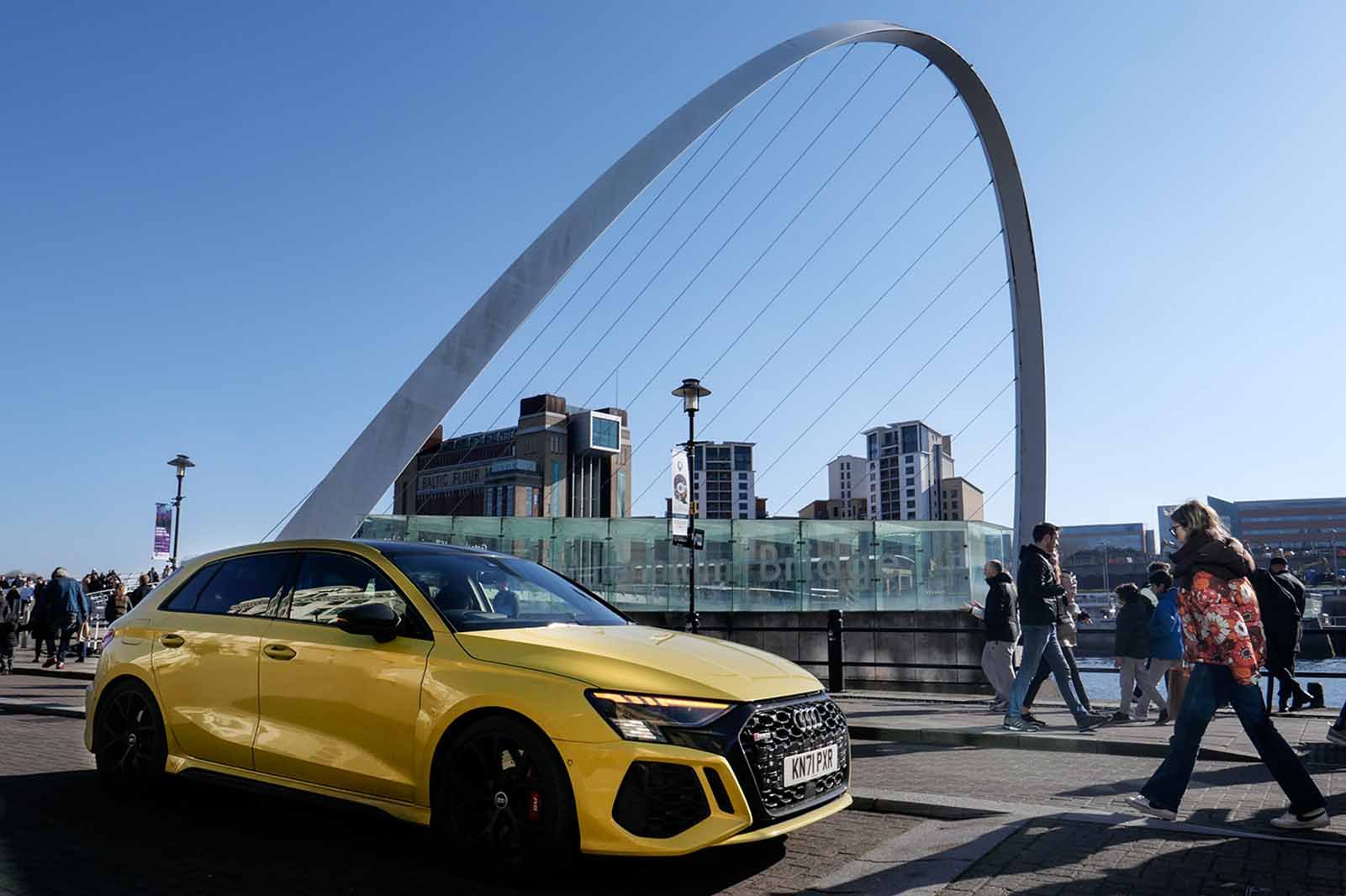 With a settled high-speed ride, a surprising lack of wind and road noise and a powerful Bang & Olufsen sound system (more on that in a future update), it feels closer to an Audi RS6 in spirit than an uncompromising, track-focused hatch. It even returned a respectable 33mpg on an impromptu 600 mile round trip to Newcastle upon Tyne.

When you consider the RS3 is nearly half the price of the RS6 and has even better resale values, its punchy list price starts to look a whole lot more palatable.