The Lexus LC Convertible is a car that manages to break the Lexus mould yet feel every inch a modern Lexus.

You see, while other models in the brand’s range are offered with hybrid power to boost efficiency (in most cases it’s your only option), the LC Convertible comes exclusively with a 5.0-litre petrol V8. As you’d expect, this has a heavy thirst, but it’s an aural delight, whether you’re revving it out on the open road or just burbling around town. 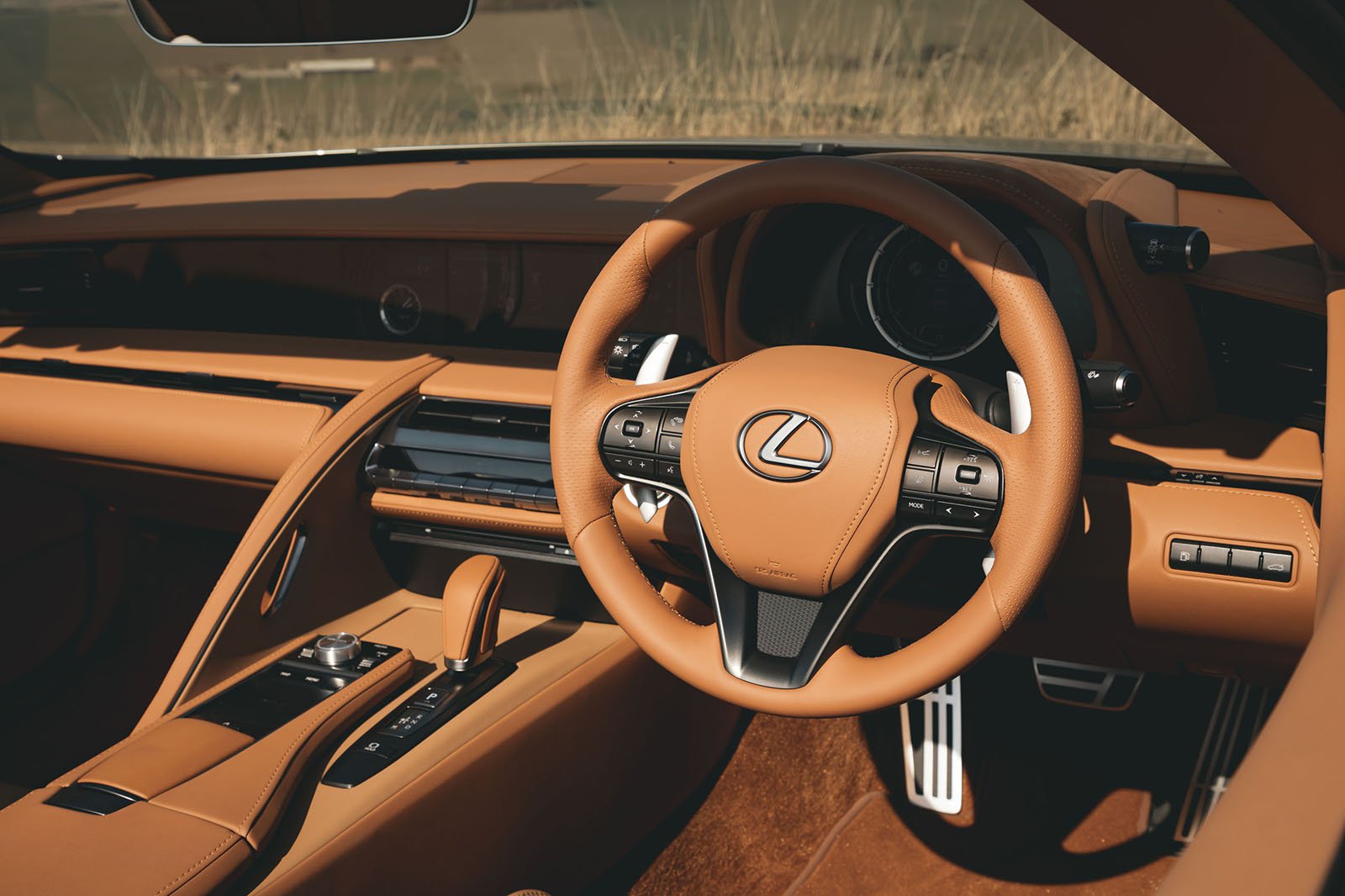 In other respects, though, the LC offers the sort of refinement Lexus is famous for. When the roof is in place and you’re cruising along at high speeds, it’s much better at shutting out wind and road noise than rivals such as the Aston Martin DB11 Volante.

Add in concept car looks, plus a beautifully finished interior that feels like it’s been built to outlast the Earth, and you’ve got an unspeakably desirable package.