The Citroën C4 family hatchback was recently reinvented to become a coupé SUV. We've already lived with the electric car version, but now we're seeing how the petrol compares...

Needs to Have enough space for all my photography kit, keep me in touch with the office and be comfortable for long trips

I find the concept of a coupé SUV rather ingenious, because such cars offer family-friendly practicality while still being gorgeous to look at – to my eyes, at least. On paper, such a car could be the perfect coming together of worlds for me, allowing me to carry all of my photography kit, but not sacrificing looks either. And in the photography game, looks count for a lot.

Now, if the shape of my Citroën C4 seems familiar to you, it might be because What Car? Managing Editor Allan Muir had something similar – the all-electric Citroën e-C4 – earlier this year. Electric power suited him very well, but it doesn’t (yet) make enough sense for the amount of miles I cover, so I’ve gone for petrol power.

The 128bhp 1.2-litre petrol engine which powers my C4 is a favourite of ours across multiple models from Peugeot and Citroën, and we like it for its punchy acceleration and wallet-friendly running costs. Indeed, the official tests suggest my car should be capable of returning up to 50.3mpg – something I’m keen to put to the test over the coming weeks, when I’ll be putting lots of miles under its belt as we ramp up for our annual Car of the Year celebrations in January.

I’ve teamed this engine with a six-speed manual gearbox. I had an automatic in my previous car – a Toyota Highlander – but I missed the direct interaction I felt with a manual, so I’ve returned to it here.

I’ve followed our own advice by choosing Sense Plus trim for the C4. It adds tinted rear windows, keyless entry, automatically dipping headlights and adaptive cruise control to the standard car’s already generous kit list. Despite all that, I couldn’t resist adding a few choice extras too.

The Safety Pack Plus, for example, allows the car to detect pedestrians and cyclists and apply the brakes if it thinks I’m about to hit either, which will be reassuring when I drive in a city. The Deep Red colour pack adds visual bling in the form of chromed window surrounds.

It’s hard to argue that the second option was added out of anything other than sheer vanity, but those surrounds look great with the Obsidian Black metallic paint of my car. For the moment at least, my options feel like money well spent. 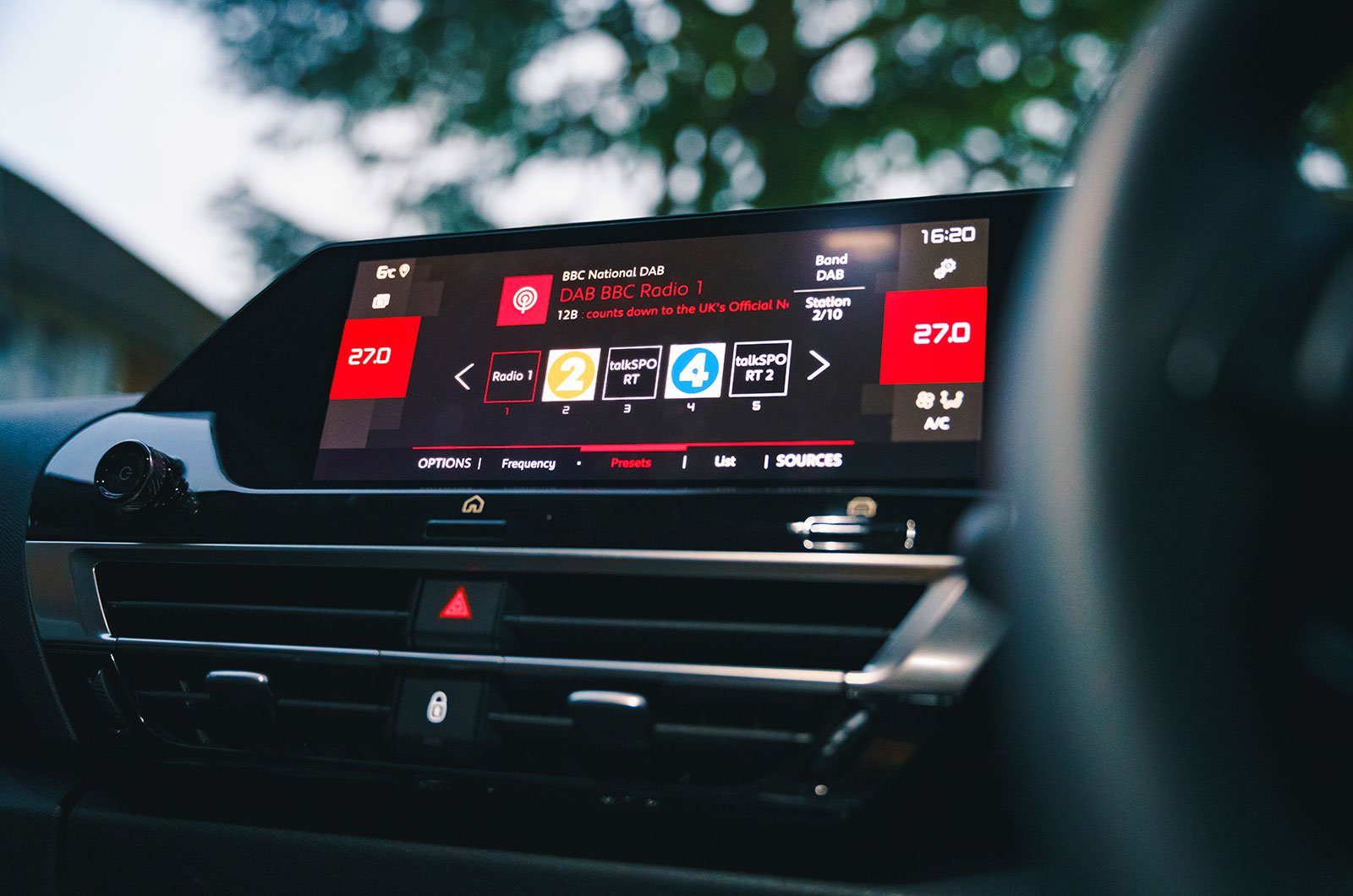 One thing I’m looking forward to testing out is the “high level acoustic insulation pack” which comes as standard on Sense trim and above. As someone who spends a lot of their working day travelling on the motorway, keeping my car as quiet as possible will go a long way to keeping my stress levels down.

I’m already enjoying the way the car rides. Our reports on the e-C4 and Citroën C5 Aircross have praised their rides, and the same is true of the C4. Driving over a pothole will still send a thwack back through the car, but smaller ruts and bumps are soaked up like syrup through a sponge. I’m yet to drive it on some of the smaller lanes around my home, but I have high hopes it will do a good job on them, too.

The 10in touchscreen infotainment system is loaded with features, ranging from a DAB radio and Bluetooth connectivity to Apple CarPlay smartphone mirroring and live traffic updates for the TomTom-based sat-nav. These should help me stay in touch with the office so I know what I’m shooting that day, and also ensure I don’t get lost on the way there.

In my company, the C4 will be tackling every type of road and covering mega miles each and every day.

It’ll be expected to carry me and all of my kit during the week before transforming into a recreational vehicle at the weekends, when I’ll swap cameras for friends and flash guns for shopping bags. It needs to do all that while keeping me calm and comfortable, and not costing the world in running costs.

It’s a tall order, but I’m quietly confident that my C4 will rise to the challenge.

If so, make sure you visit our New Car Buying section because we could potentially save you thousands, thanks to our network of What Car? approved dealers.

The Citroën C4 family hatchback was recently reinvented as a coupé SUV. We've already lived with the electric car version, but now we're seeing how the petrol compares