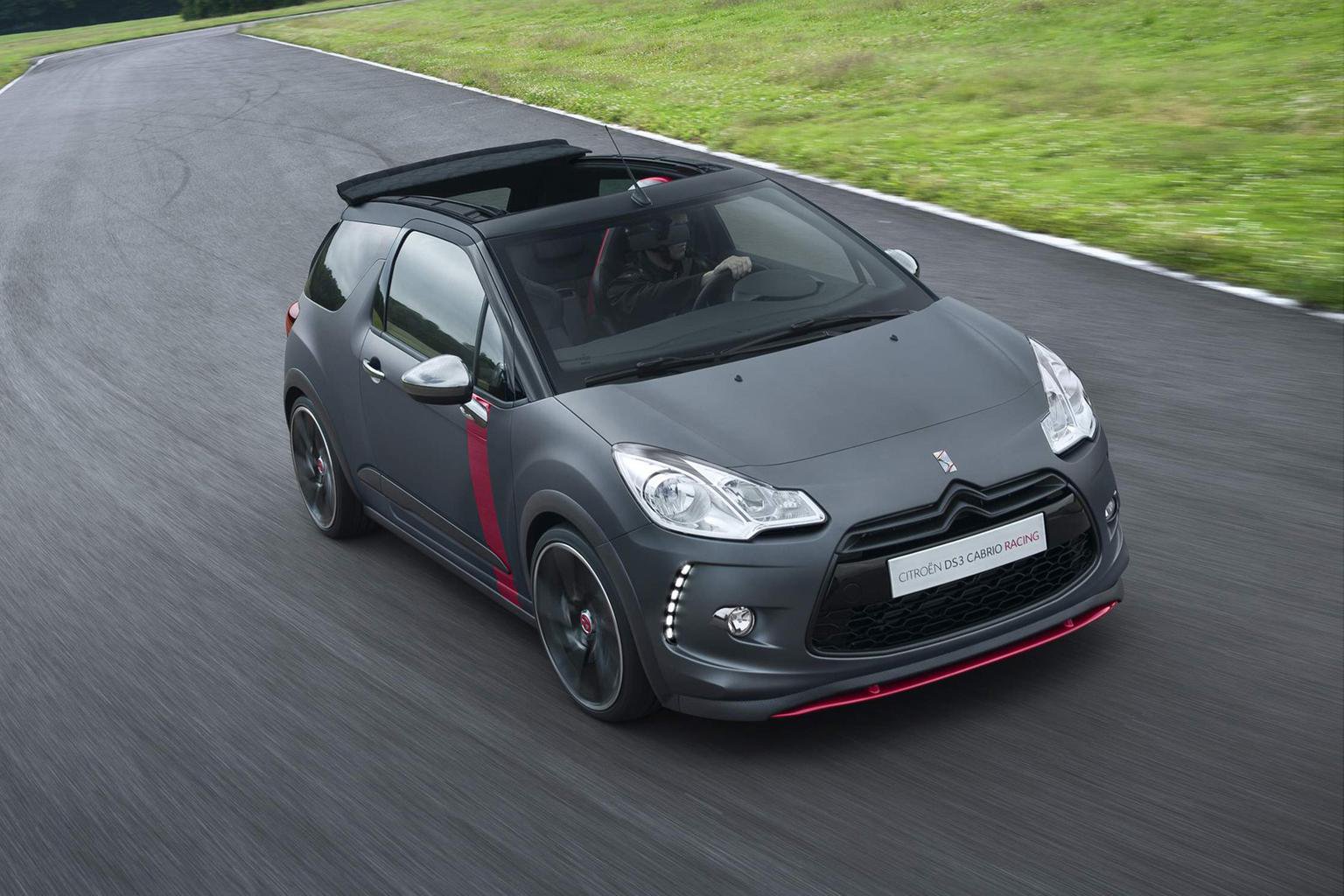 The Citroen DS3 Cabrio Racing will go on sale in the early part of 2014, Citroen has confirmed.

The fast version of Citroen's popular convertible was revealed as a near-production ready concept car at the Goodwood Festival of Speed this summer, but the company has remained tight-lipped on an official production version until now.

It is set to go on sale in spring 2014, with an expected price tag approaching £30,000. It will come with the same 1.6-litre turbocharged petrol engine as in the DS3 Racing hatchback that went on sale in 2010.

The DS3 Cabrio Racing gets a minor power boost, though, which takes it up to 207bhp, but is expected to offer a very similar set of performance figures to the hatch.

It will get the same styling tweaks as the DS3 Racing hatchback, coming with chrome exhaust pipes, carbon finished bodywork, a red dashboard, and a numbered identification plate by the gear lever.

When the DS3 Cabrio Racing does come to the UK, numbers are set to be extremely limited with the global run restricted to around 100.