Citroen not planning to drop models 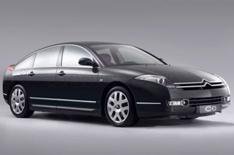 Citroen says it has no plans to axe its larger models, despite plummeting sales.

A Citroen spokesperson told What Car? that both models will remain on sale for the foreseeable future, however, and declined to comment on speculation that the company plans to streamline its UK model range.

Renault recently announced plans to axe its poor-selling models, dropping the Espace and Grand Espace MPVs, Laguna and Wind convertible from its UK range from February 2012. The face-lifted Twingo, Megane and Scenic ranges have re-aligned model ranges, with a smaller number of trims offered.