More for you |
How to spec a Peugeot 5008Can I get scrappage and Target Price discounts?Most and least reliable family SUVsThe most reliable family cars on sale - and the least2020 Toyota Hilux revealed: price, specs and release date
Home
News
Citroen's simple plans to take on Dacia
news 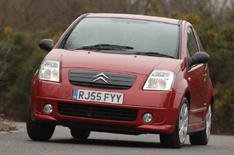 Citroen is planning a 'radical rethink' of its small car line-up that will position models like such as the C3 and C2 further from traditional rivals like the Fiesta and Polo.

Citroen's regular range of small cars has been overshadowed in recent months by the success of its DS3, which has led the three-strong DS range to total sales of more than 300,000. Citroen now believes that the 'regular' models - C1 but in particular C2 and C3 - can target customers desiring simplicity.

Frederic Banzet, Citroen's managing director, told What Car?, 'We have to acknowledge that there is a type of customer who is looking for a clean, simple design, without too much fussy equipment - a buyer who just wants their car to go from A to B. I think our future thinking with the 'C' range of cars can consider these people. The key is that the car would be clean and simplistic, but not cheap.'

It's thought that an old Citroen concept car, called C-Cactus, is providing the inspiration for the new design. A neatly designed 'eco hatchback' that was first shown at the Frankfurt motor show in 2007, C-Cactus had centralised controls and a bare fascia that drew comparison to the design of Apple's simplistic iPod.

Thomas d'Haussy, Citroen's product manager, added, 'We know that there is a great deal of demand for affordable, more simple vehicles - considerably more than the number of cars that Dacia is selling. So the question is, 'Why are these people not buying Dacias?' We think there is potential for us to take a blank sheet of paper with cars in the 'C' range and find new customers.'

No time frame has been given for the new type of smaller car - although the rationale behind it means that Citroen could introduce a more direct replacement for the C2 (which was axed in 2009) and position it below the DS3 in its pricing structure.