More for you |
What Car?'s top 10 used electric cars (and the one to avoid)10 most unreliable SUVsWhat Car?'s best cars for less than £250 per monthGuaranteed discounts on our 2020 Award winners - save up to £19,366Skoda Kamiq long-term test review
Home
News
Deal of the Day: Mercedes-Benz E-Class
news

Deal of the Day: Mercedes-Benz E-Class 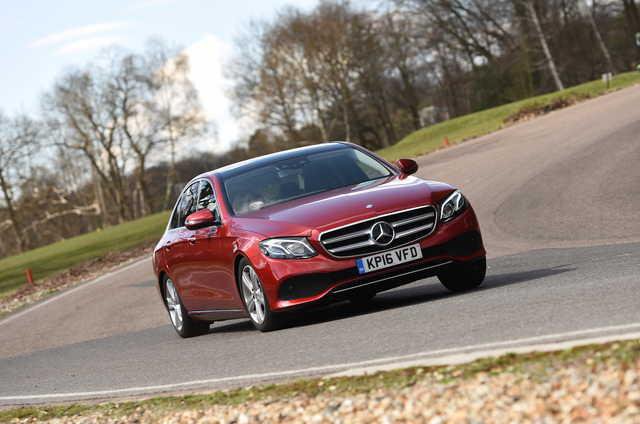 While it may have only just been released, we’ve found a discount online that makes the new E-Class a tempting choice for motorway cruising.

The E220 d’s diesel engine feels more powerful than other 2.0-litre units in rivals such as the BMW 5 Series and Jaguar XF. It’s punchy, too, and pulls strongly at low revs.

Emissions are the lowest compared to all of its automatic rivals, emitting just 102g/km of CO2.

Inside, there’s a spacious, well equipped cabin with Garmin sat-nav available as standard. There’s also a sizeable boot and plenty of legroom in the back for a couple of six-footers.

While the E220 d is quiet while gently cruising, things become a bit noisy when it’s pushed hard. However, the cabin manages to block out most wind and road noise at 70mph.

It isn’t as fun or agile compared to rivals like the Jaguar XF and the steering can feel a little numb.

The entry level E220 d SE comes packed with equipment, including sat-nav, DAB radio, LED headlights and a self parking system as standard, so the only extras we'd recommend spending money on are the £300 split-folding rear seats.

The Audi A6, BMW 5 Series and Jaguar XF, are all strong competitors to the E-Class. While the Mercedes is more expensive, its interior build quality is class leading and is also cheaper to run.