With electrified cars now coming in all shapes and sizes – and available to suit every budget – we’ve named the best models in every class. Here we look at the best large electric SUV...

A lot of car manufacturers go all 22nd century when it comes to designing electric vehicles (EVs).

They’re the future, right, so they have to look like today’s equivalent of a B-movie flying saucer. Well, Skoda doesn’t take that tack; its Enyaq is a thoroughly normal-looking SUV that just happens to be all-electric.

That, in essence, is why we think it’s so great. It does everything you need an SUV to do without fuss or fanfare. It’s not the quickest EV you can buy, but with its healthy 177bhp, the 60 model will teleport you from 0-62mph in 8.4sec, which is quick enough. The 60’s 58kWh battery doesn’t give it an intergalactic range, but it’s fine for typical commutes and occasional longer journeys. 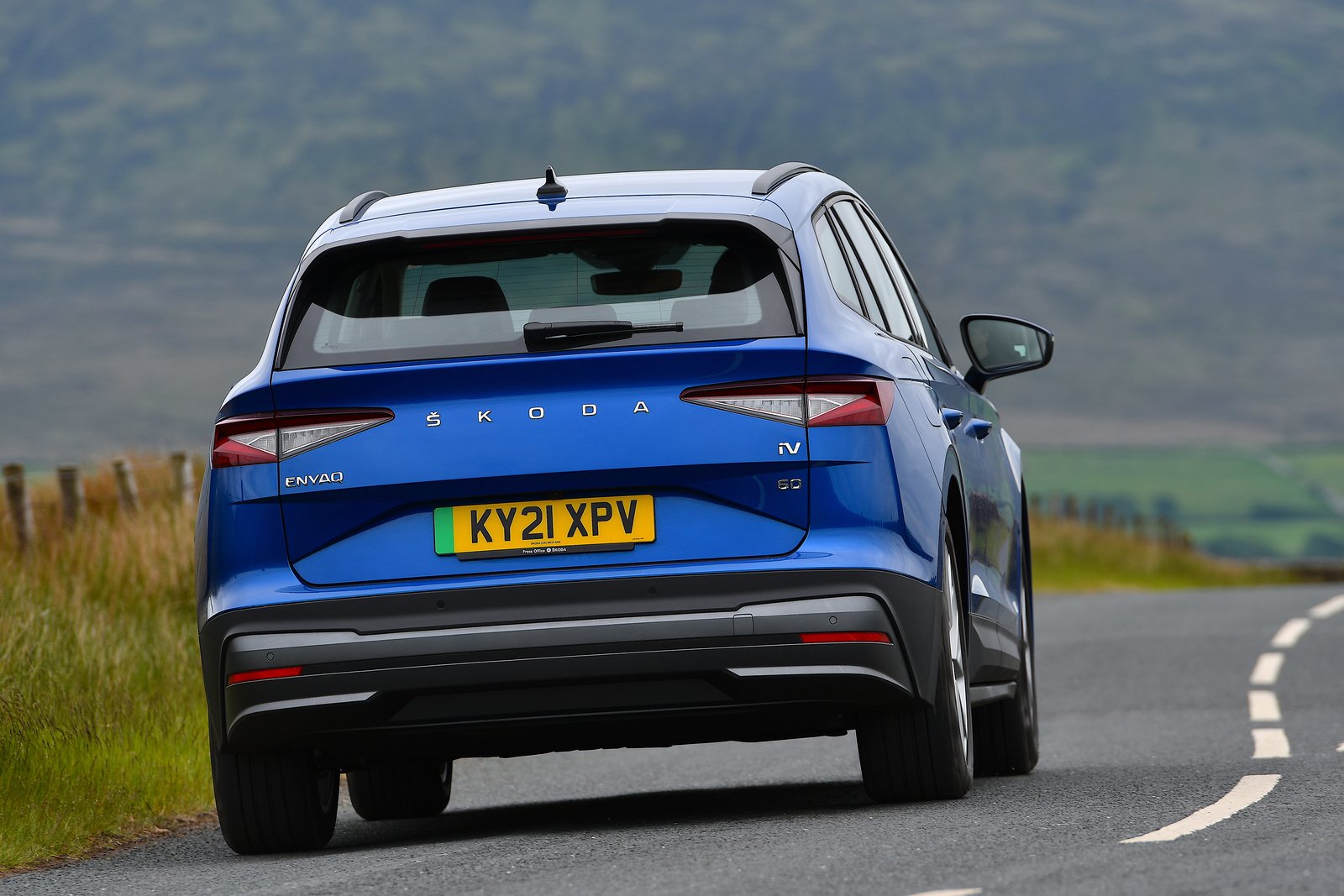 The Enyaq also rides well. It’s actually considerably cushier than some pricier cars, including the Ford Mustang Mach-E, and handles much better too. The steering is intuitive, there’s lots of grip and, as a consequence, you’ll feel at ease behind the wheel regardless of whether you’re driving spiritedly or just plodding from A to B.

On the inside, the Enyaq is massive – way bigger than the Kia e-Niro. That means it can carry a family of four or five and their luggage without any drama. And, as with its exterior, the interior doesn’t try too hard to look like Tomorrow’s World. It has a clean and simple design but not one that’s bereft of proper buttons (as any Tesla and the Volkswagen ID.4 are), so it won’t take too long to get to grips with it.

It’s also a jolly pleasant place to sit. When you cast your eyes over the materials, they’re mostly good, and are far nicer than the similarly priced Volkswagen ID.3’s. You can tweak the style with an interior pack, so you can choose leather, sustainable eco-leather, cloth or wool without affecting the 60’s eligibility for the Government’s £2500 grant. If you’re not great at interior design, don’t worry – they all look swish. The stardust that brings all these praiseworthy elements together is undoubtedly the Enyaq’s price. The reason we love the 60 is that you can have a well-equipped car that’s bigger than the ID.4 for the same money as the smaller, entry-level e-Niro.

If you’re regularly doing longer trips (more than 150 miles, say), the 80’s longer range is ideal, but we drove the 60 from Inverness to London without any drama (just add the optional fast charger to speed up any stops). That was an extreme test that proved it’ll cope with your annual holiday, but it’s the way it handles day-to-day journeys that makes the Enyaq so impressive.