With electrified cars now coming in all shapes and sizes – and available to suit every budget – we’ve named the best models in every class. Here we look at the best hybrid performance car... 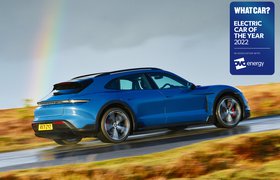 Porsche car reviews tend to feature the phrase “As you’d expect with a Porsche” fairly frequently because, well, the brand’s hard-won reputation is well known.

The Porsche Panamera 4 E-Hybrid, on the other hand, defies expectations by combining the required performance and luxury with a 141.2mpg fuel economy figure that just doesn’t seem possible in a car like this. How? By using the plug-in hybrid (PHEV) technology we’re used to seeing on considerably less glamorous cars.

Specifically, you get a 2.9-litre twin-turbo V6 petrol engine plus an electric motor for a combined 456bhp, with power for the motor provided by a 17.9kWh battery. If you keep it charged up, you’ll be able to do most journeys without using a drop of petrol (the electric top speed is comfortably higher than the national speed limit). 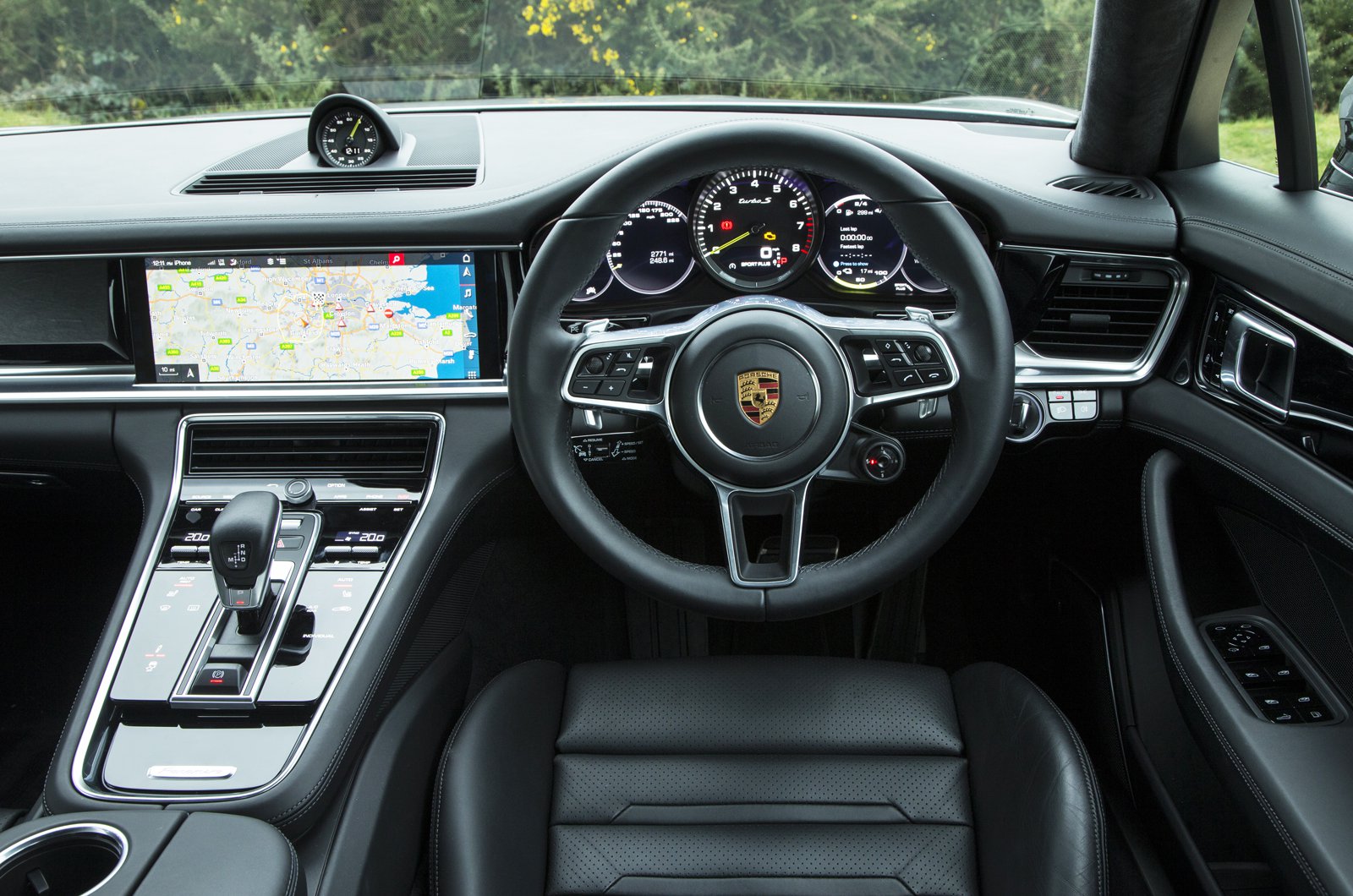 You’ll forget all that, though, when you climb into the Panamera’s beautifully constructed interior, which offers plenty of space for four six-footers ahead of a hatchback boot big enough for their weekend luggage.

The best seat in the house is behind the leather-wrapped steering wheel, of course. For a start, acceleration is brisk. To put the 4.4sec 0-62mph time in context, the latest Porsche 911 Carrera sports car lops just 0.2sec off that.

The 4 E-Hybrid is aided by its standard eight-speed dual-clutch automatic gearbox. If you select one of the sportier driving modes, you get lightning-quick shifts – and the paddles on the steering wheel allow you to take over if you wish. However, it can also adopt a smoother style for relaxed cruising; it helps that the process of electrification hasn’t ruined the feel of the brakes, which are suitably powerful and progressive. 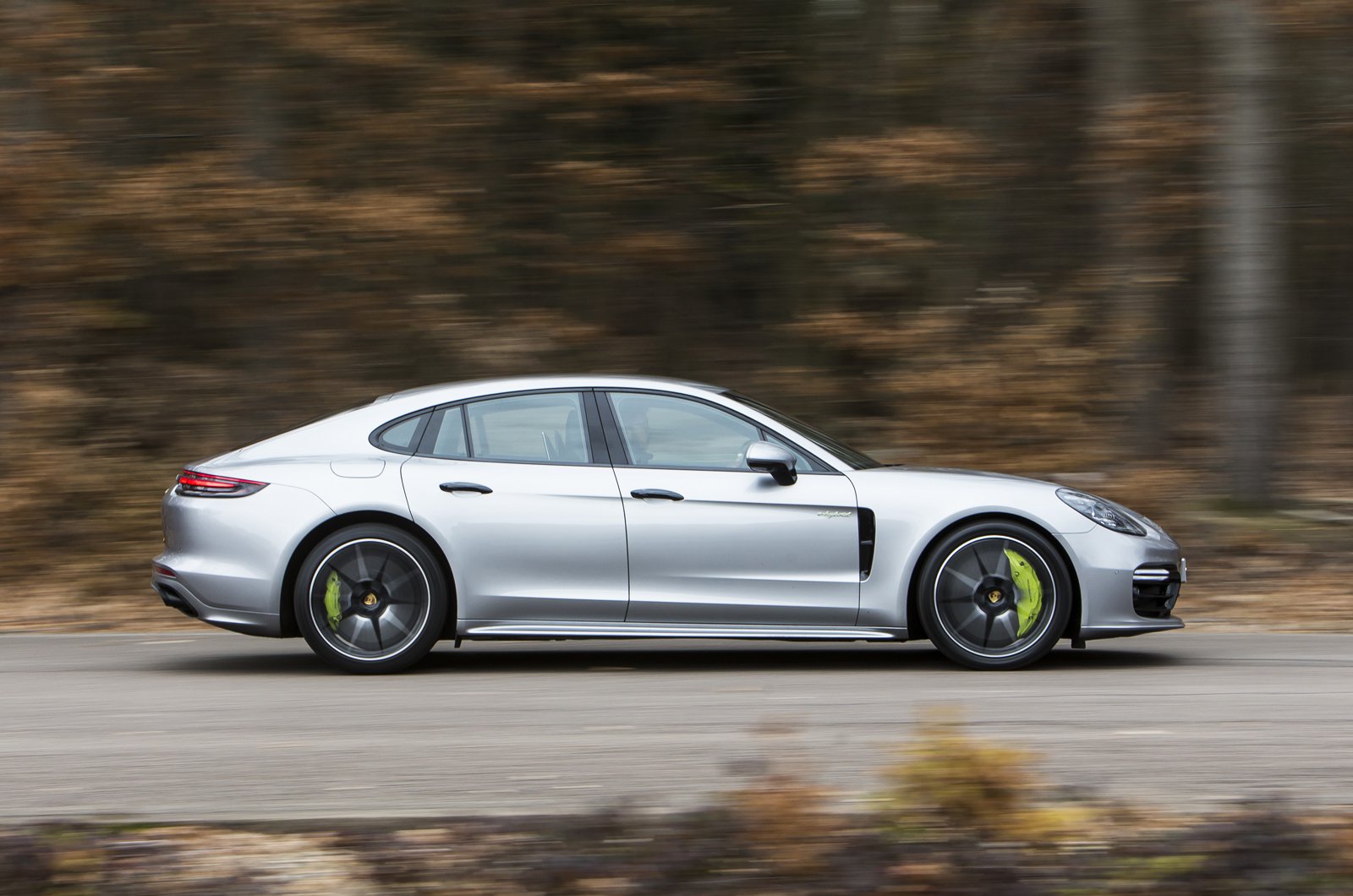 Then there’s the handling. The Panamera has very well-weighted steering that lets you place it with great precision, so it’s a dream to pilot along twisting roads.

You get four-wheel drive as standard and the adaptive air suspension gives the car a well-controlled ride that’s firm, but not painfully so.

At this point, we’d like to tell you how Porsche’s performance PHEV stacks up against rival manufacturers’ take on the format, but we can’t, because it’s in a class of its own here. You might also consider the same car in Sport Turismo form, which gives you a more estate-like rear end. There are also more powerful 4S E-Hybrid and Turbo S E-Hybrid versions, but while they pile on the power, they also push the price into six figures.