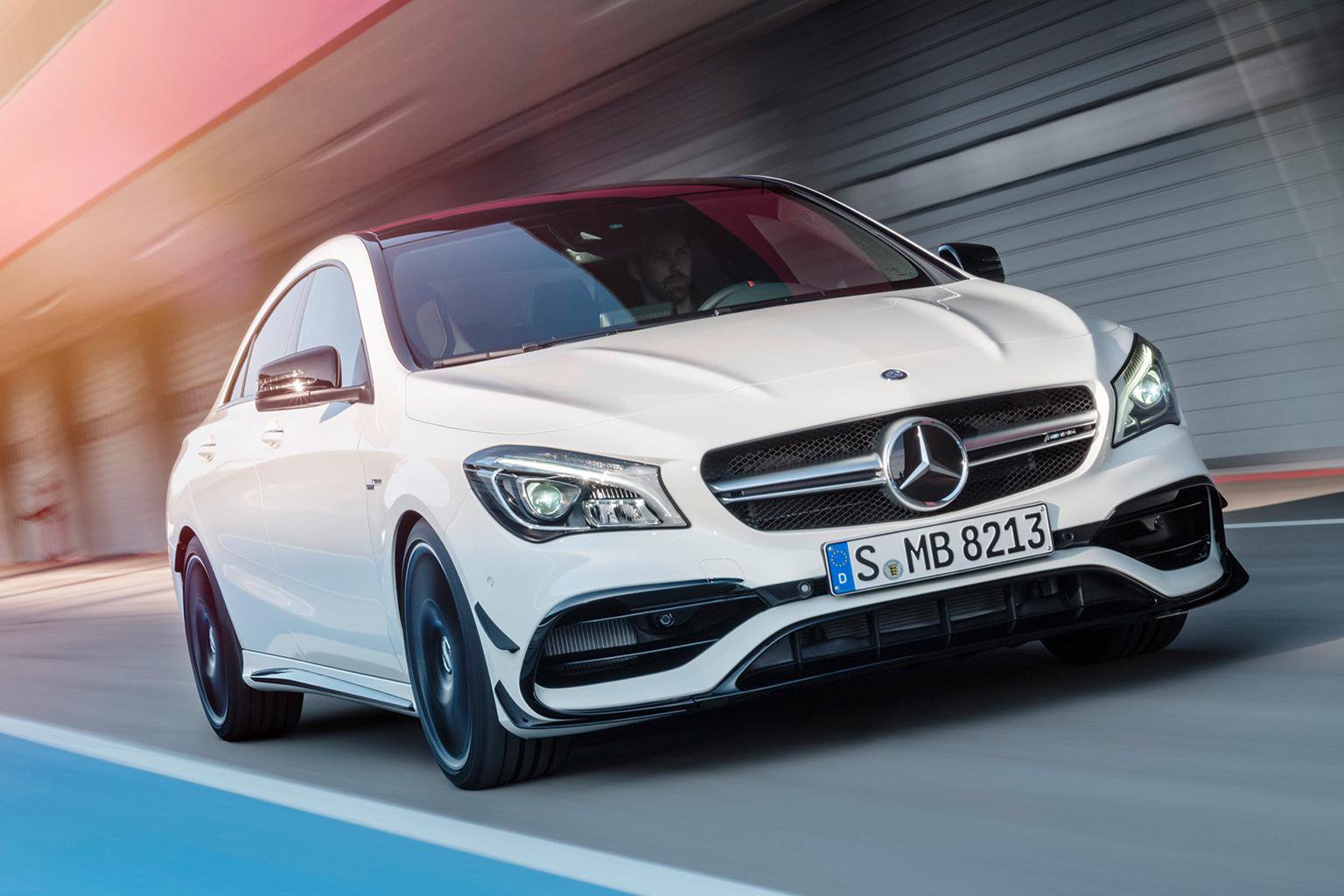 Updated versions of the Mercedes-Benz CLA and CLA Shooting Brake have been revealed ahead of their planned public debut at the New York motor show next week.

The CLA and CLA Shooting Brake have both received mild styling updates inside and out for 2016, including new connectivity options and a wider range of engines. The new models get a different front grille, and a lightly modified front bumper. At the rear, the exhaust pipes are now integrated into the rear bumper.

The CLA is simply a saloon version of the popular A-Class hatchback, and an upmarket rival for the likes of the BMW 2 Series, Ford Mondeo and Volkswagen Passat. The CLA Shooting Brake is the estate version.

The majority of engines in the facelifted CLA and CLA Shooting Brake range have been made cleaner and more economical than before. The cleanest option in the range, the CLA180d, gets a 1.5-litre petrol engine with 107bhp, and is said to return over 80mpg with CO2 emissions of 89g/km.

A new option in the range is the CLA180, which features a 1.6-litre petrol engine with 120bhp. A new CLA220 4Matic with four-wheel drive also features.

The performance version, the CLA45 4Matic, gets 376bhp and can reach 62mph in 4.2sec in saloon form. As before, the top speed is limited to 155mph.

The interior of the CLA and CLA Shooting Brake is mostly unchanged, but the cars both receive new instrument designs and seat upholstery, as well as trim elements first fitted to the facelifted A-Class last year. The 8-inch free-standing infotainment system has also been made slimmer than before.

LED headlights now feature on the options list, as well as a hands-free opening option for the boot or tailgate. New alloy wheel designs also feature, as well as a new colour options.

New connectivity options come in the form of Android Auto and Apple CarPlay functionality, allowing drivers to access some smartphone functions without taking their hands off the wheel.

Mercedes-Benz hasn't revealed pricing for the facelifted CLA and CLA Shooting Brake, but prices aren't expected to rise dramatically from today's cars, which cost from £25,050 and £26,030 respectively.

Key rivals for the CLA and CLA Shooting Brake include the Ford Mondeo and Volkswagen Passat, and the stretched estate versions of those cars. In saloon form, the CLA hasn't been traditionally well regarded on What Car?, receiving just a two-star rating. In estate guise, the CLA Shooting Brake fares better, and is a stylish - if not entirely practical - choice in this market.