Is an electric convertible a viable proposition or too much of a compromise? We're finding out by living with the Fiat 500 Cabrio...

Why it’s here The Fiat 500 is our 2021 Convertible Car of the Year. We’ve got six months to find out how it stacks up as a real-world runabout...

Needs to Be comfortable, fun and economical to punt around local rural roads, and have enough range for occasional longer journeys

The Fiat 500 Cabrio breaks new ground in the small car segment by being both a convertible and a pure electric car. That means it adds a new dimension to green motoring, doing away with a common assumption: that electric cars have to be either worthy but dull or hyper-fast and expensive (like the Porsche Taycan).

For me, as a die-hard convertible driver and owner of a 1995 Mazda Eunos drop-top two-seater, the 500 is a way for me to indulge my passion for open-top motoring while doing minimal harm to the environment. It also limits the pain to my bank balance after the recent introduction of E10 bio-petrol, which propelled the cost of the Eunos’s preferred E5 unleaded petrol up past £1.50 per litre. 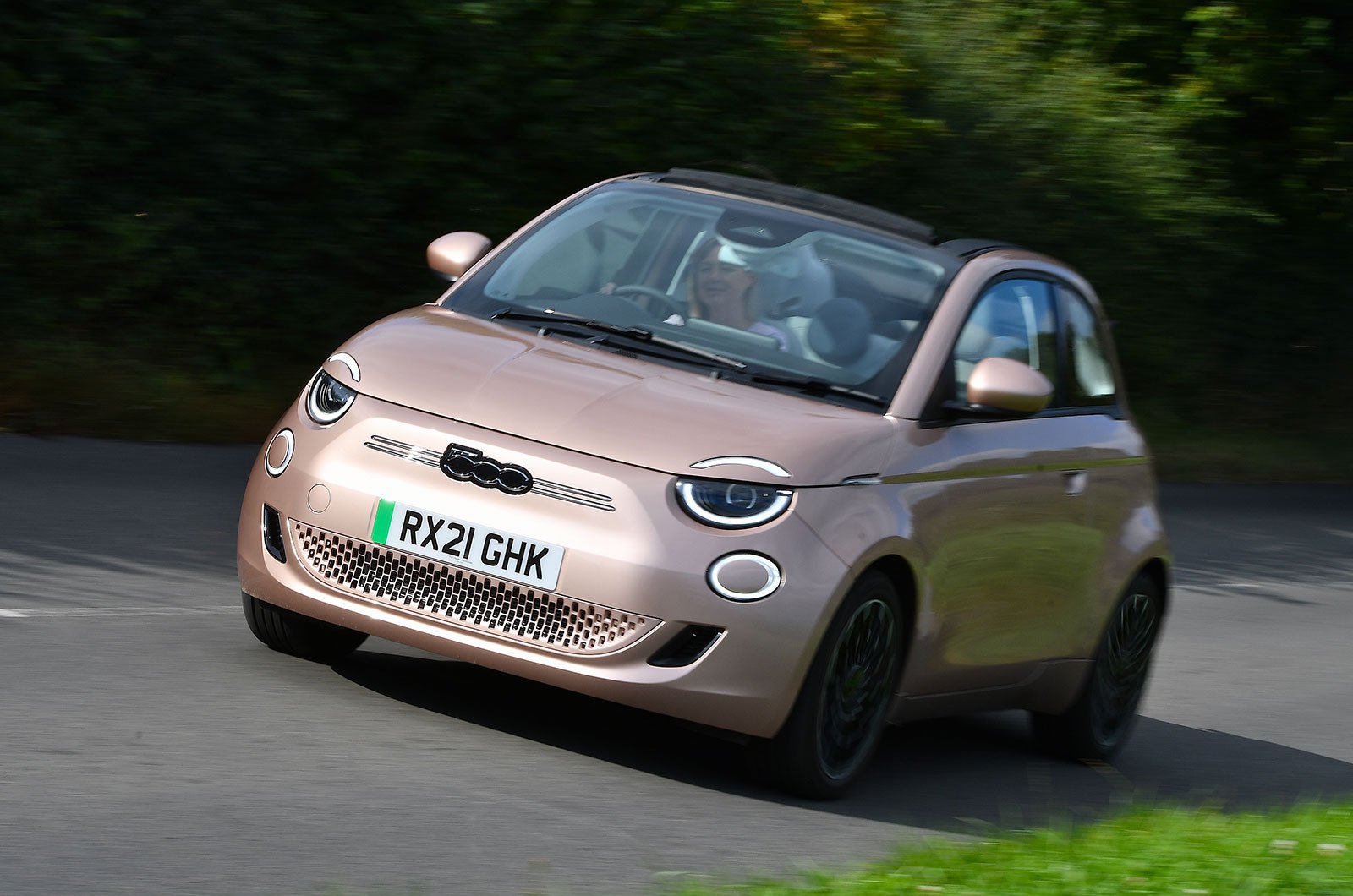 The 500 has a two-stage electric roof that can be slid back to the top of the rear window, creating the effect of a large sunroof, or pushed right back for the full convertible effect. I prefer to have it fully open, don't want to freeze in the often inclement British weather, so I’ve added the Winter Pack to get heated seats. To help the car cope on cold, dark mornings, the pack also provides rapid demisting for the windscreen, and I’ve added heated wing mirrors and auto-dimming LED lights by selecting the Eye Park Pack.

Although these niceties cost a few thousand pounds, they keep the car’s overall price below £35,000. That means it still qualifies for the Government’s £2500 electric car grant so I feel as though I’m getting the extras for free.

I need all the plus points I can get because I’m something of an electric car novice, having run only a plug-in hybrid Seat Leon previously. The two things that worried me most were the limitations of the car’s range and problems charging it up.

The electric range concern was swiftly brushed aside on my first stint of motorway driving – a 90-mile round trip to Heathrow Airport. Rather than paying a car park operator's £15 fee to top up the 500s batteries while I was away, I plugged in the car the night before, hoping it would do the journey to the airport and back on one full charge. 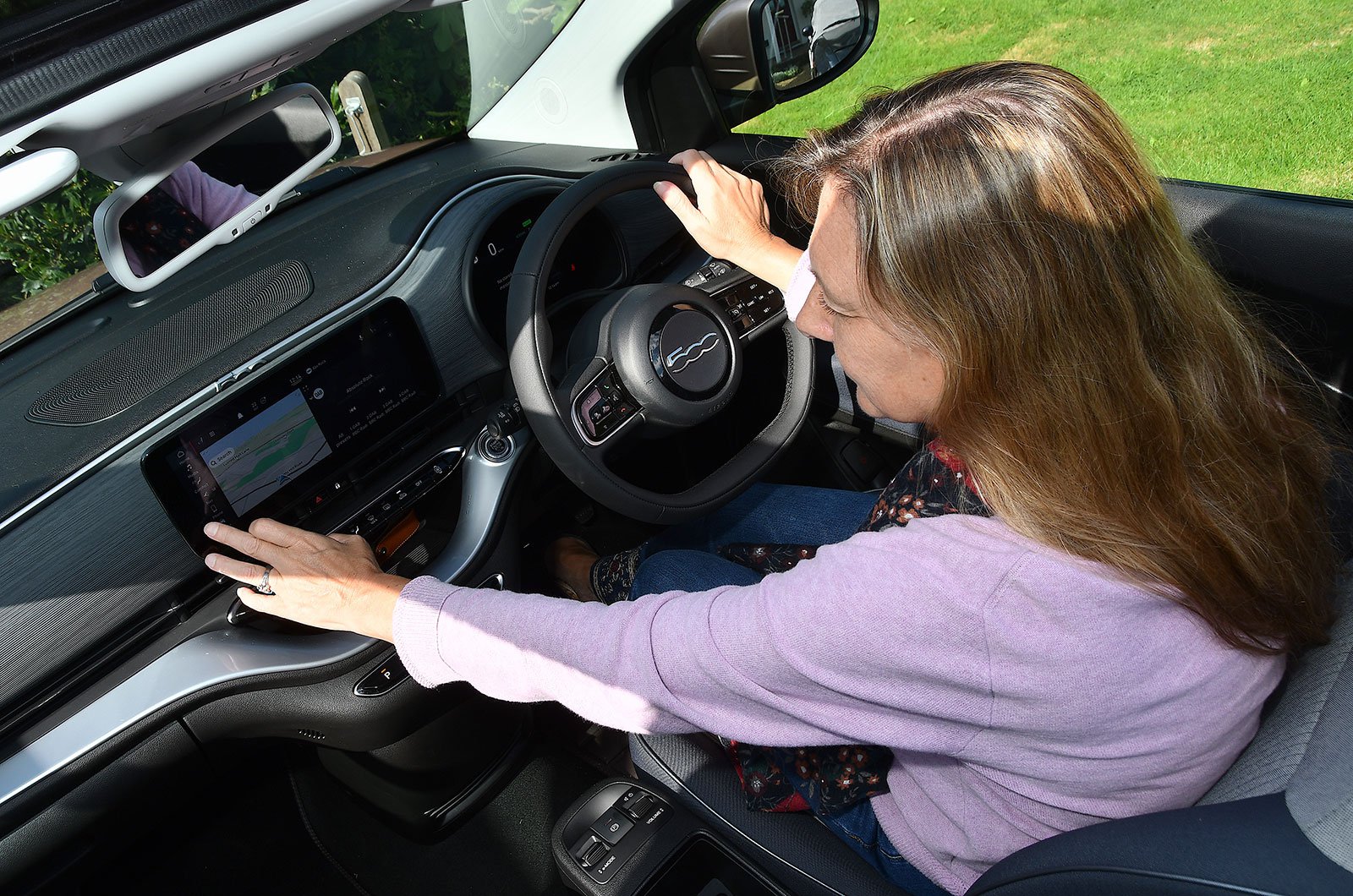 Unlike some juicy electric cars I’ve had in the past, which sucked up electricity super fast at motorway speeds, the 500 didn’t need significantly more power. In fact, it only used 20 extra miles of range for the two-way trip, leaving me with 45 miles left when I got home. An added bonus: the 500 was quick enough to hold its own on the motorway and surprisingly quiet and refined.

I’ve encountered a number of issues trying to charge up electric cars using public charging points – they're often broken, for a start – so the arrival of my first pure-electric car prompted me to get a proper home charger installed, and I'll use that most of the time.

I chose a Myenergi Zappi because it’s designed and made from recyclable materials by a British company.

Other plus points are that the charger has a 7kW capacity so it’ll charge up the 500 in less than six hours – twice as fast as the slowest home chargers – and I can use an app to set charging to start late at night to take advantage of my dual-rate electricity tariff. After 10pm, I pay 12.3p per kilowatt instead of my electricity supplier’s day rate of 20.5p. 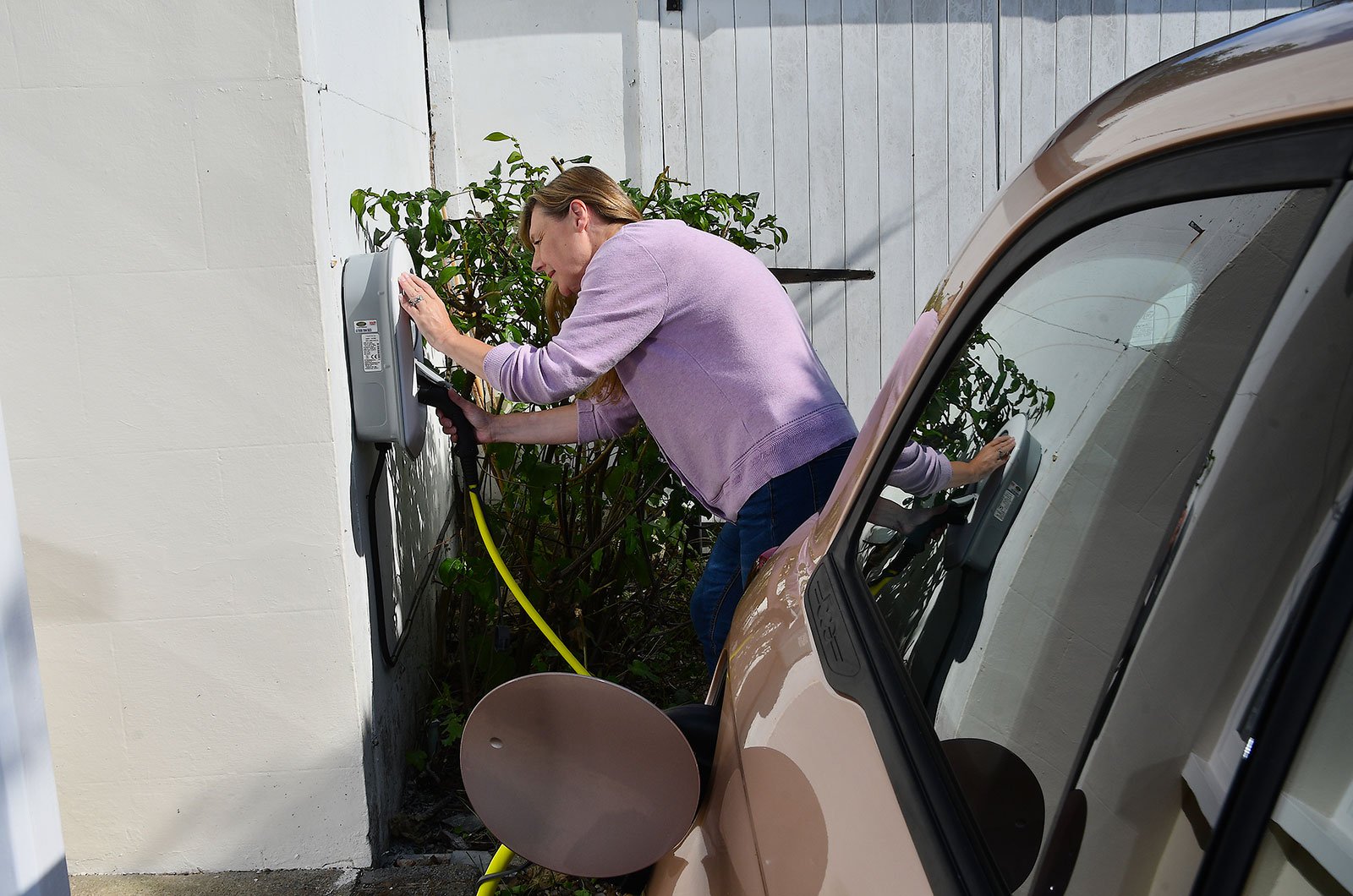 The charger should also save me more money in the long term, as I'm planning to have solar panels fitted to my house. I’ll be able to use its eco and eco+ settings, which both prioritise the use of surplus energy from the home to charge the car rather than drawing it from the grid.

My initial electric car ownership experiences have been great so far, and I’m looking forward to spending more time in the 500 to see if it lives up to expectations in the long run.

If so, make sure you visit our New Car Buying section because we could potentially save you thousands, thanks to our network of What Car? approved dealers.