Is an electric convertible a viable proposition or too much of a compromise? We're finding out by living with the Fiat 500 Cabrio...

Why it’s here The Fiat 500 is our 2021 Convertible Car of the Year, and we’ve got six months to find out how it stacks up as a real-world runabout

Needs to Be comfortable, efficient and fun to punt around local rural roads, and have enough range for occasional longer journeys

I’m still enjoying zipping around the Kent countryside in my electric Fiat 500 Cabrio. This is partly because it’s costing me less per journey than a conventional car, but also due to its nimble handling and near-immediate power delivery.

However, I’m finding out that there’s much more to electric car ownership than simply driving, having spent a fair bit of time recently dealing with home charging issues.

The first cause for concern came when I plugged the 500 into my Myenergi Zappi home charger, only to discover that the string of lights next to the charge port that usually flash up green were glowing red. Working on the IT theory that switching anything electrical on and off should fix any glitches, I unplugged both ends of the charger then tried again. 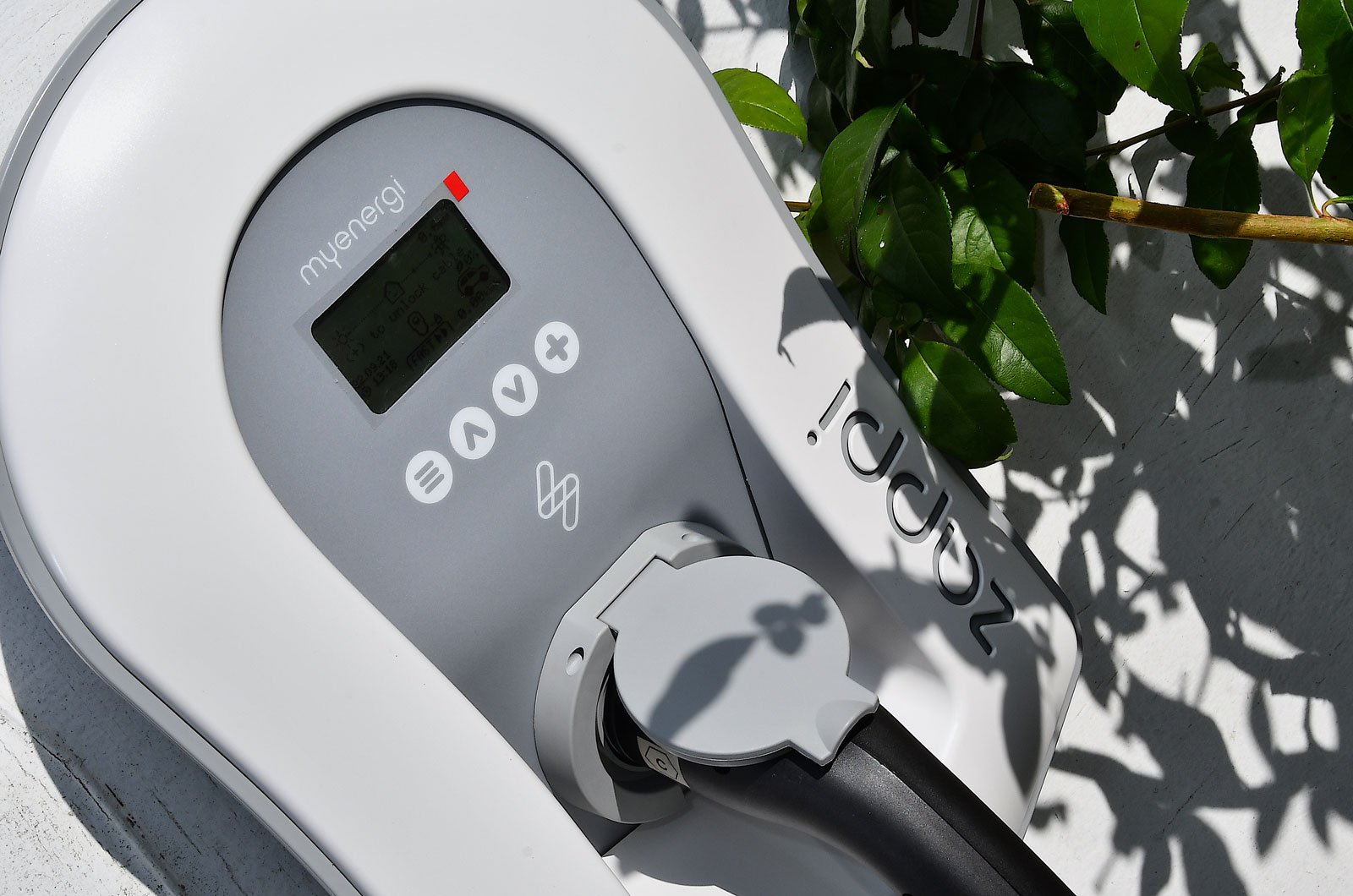 When that didn’t work, I checked the car’s dashboard and read a large glowing message telling me that the charging system needed servicing. Figuring I’d need to call a Fiat service department the following morning, I admitted defeat and went indoors.

Fortunately, my partner thought he’d have a go at plugging in the car a couple of hours later, and hey presto, the service warning and red lights had gone and the car charged up normally. The problem hasn't reacurred, either, so I’ve not bothered to call the service department.

My next issue came a week later when I walked past the car, which I thought was charging, and noticed that the 'Z' logo on the charger had lit up bright pink. It’s usually white when not in use and green when it’s charging, so this was odd.

A quick check on the screen and the online fault finder for the unit told me that it had detected a surge (too much voltage travelling through our home electricity network) and had shut down to protect itself – and more importantly the car – from being damaged by the excess voltage. 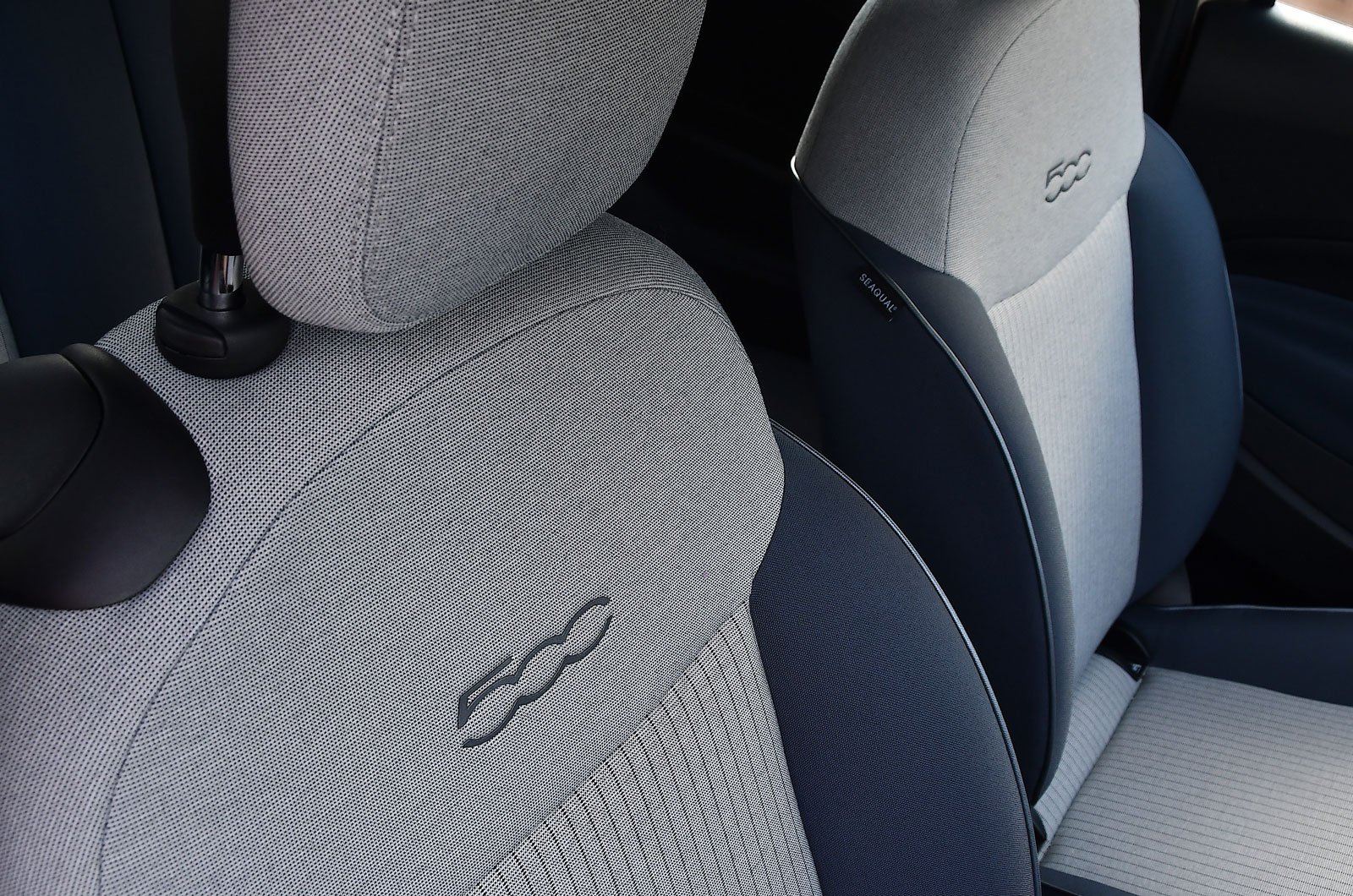 According to the online fault finder for the charger, it will cut off the electricity supply if it notices that the voltage is more than 12% above or below 230 volts for more than five seconds. This is a great feature that isn’t standard on all home chargers.

I've read horror stories about entire electric car electrical systems being fried by electrical surges, so I'm glad it's something my charger has. Resetting the unit was simply a case of unplugging the car and pressing one button on the box.

One other interesting thing I’ve learned about my car in the past couple of weeks is that the seats are made from a fabric called Seaqual. It’s a yarn made from 10% upcycled marine plastic litter and 90% of waste from land-based sources. The fabric on the seats and trim in the 500 looks great and appears to be hard-wearing so far – and it’s great to know it’s going some way to helping clean up our oceans.