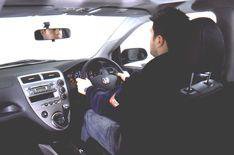 Men who use heated car seats may be putting their fertility at risk, according to research by scientists in Germany.

A study, undertaken at the University of Giessen in Germany and reported in the New Scientist magazine, reveals that heated seats could damage sperm production by raising mens temperature to unhealthy levels.

Scientists tested the effect of heated car seats on 30 healthy men. They were asked to sit on different types of car seats for 90 minutes.

One mans scrotum was measured at 39.7C after sitting on a heated seat.

The discovery follows warnings that keeping a mobile phone in a trouser pocket for too long or extensive use of a laptop can also impact on fertility.

An optimal temperature of 35-36C is needed to produce healthy sperm.