Huge waiting lists underline how popular the Land Rover Defender is, but does it have the all-round ability and feel-good factor to justify its high price? We're living with one to find out...

Why it’s here Can Land Rover’s reinvented icon really live up to the hype?

Needs to deliver Capability and practicality on and off road as standard, plus enough wow factor to justify the £66,000 price tag

I introduced it as one of the most desirable cars on the planet right now – and nothing that I nor anyone in the long queue of people looking to borrow the Land Rover Defender have experienced over the past three months and 5019 miles has dimmed that one iota. 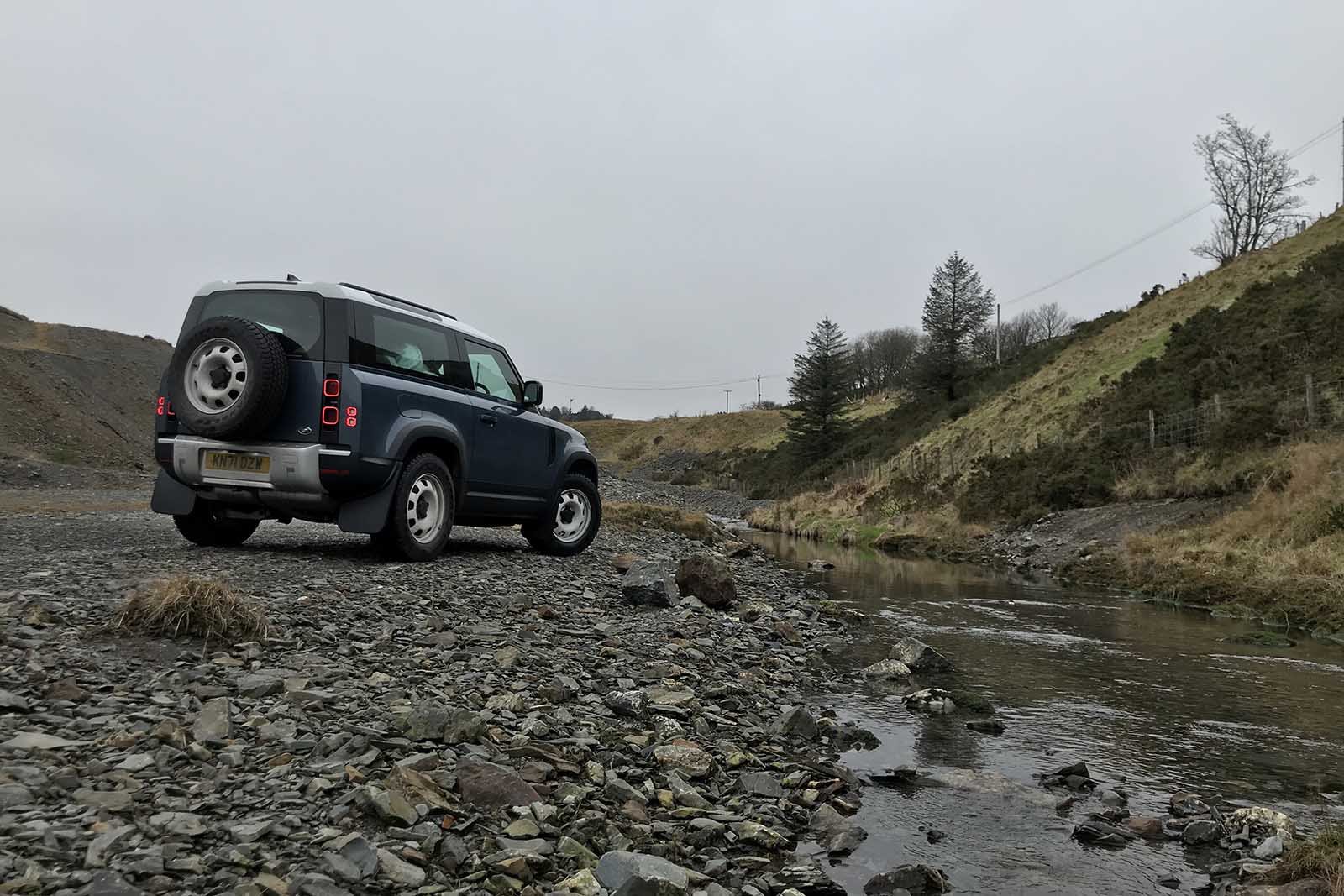 In fact, I’d go so far as to say that the appeal of this grown-up Tonka Toy has risen far more than it has diminished with familiarity, not least because coping with its imposing dimensions – 4.5m of length, 2m of width and just a fraction less than 2m of height – quickly became second nature, thanks to the decent front and side visibility.

There are some warnings I must highlight, however, and none greater than the fact that you can’t actually buy a Defender in this exact spec right now. The current semiconductor chip crisis means that Land Rover is prioritising the build of higher-spec, higher-profit models and – somewhat remarkably given its chunky £64,485 price tag after options – that means this exact model in this combination of engine, colour and looks is not available at the moment. 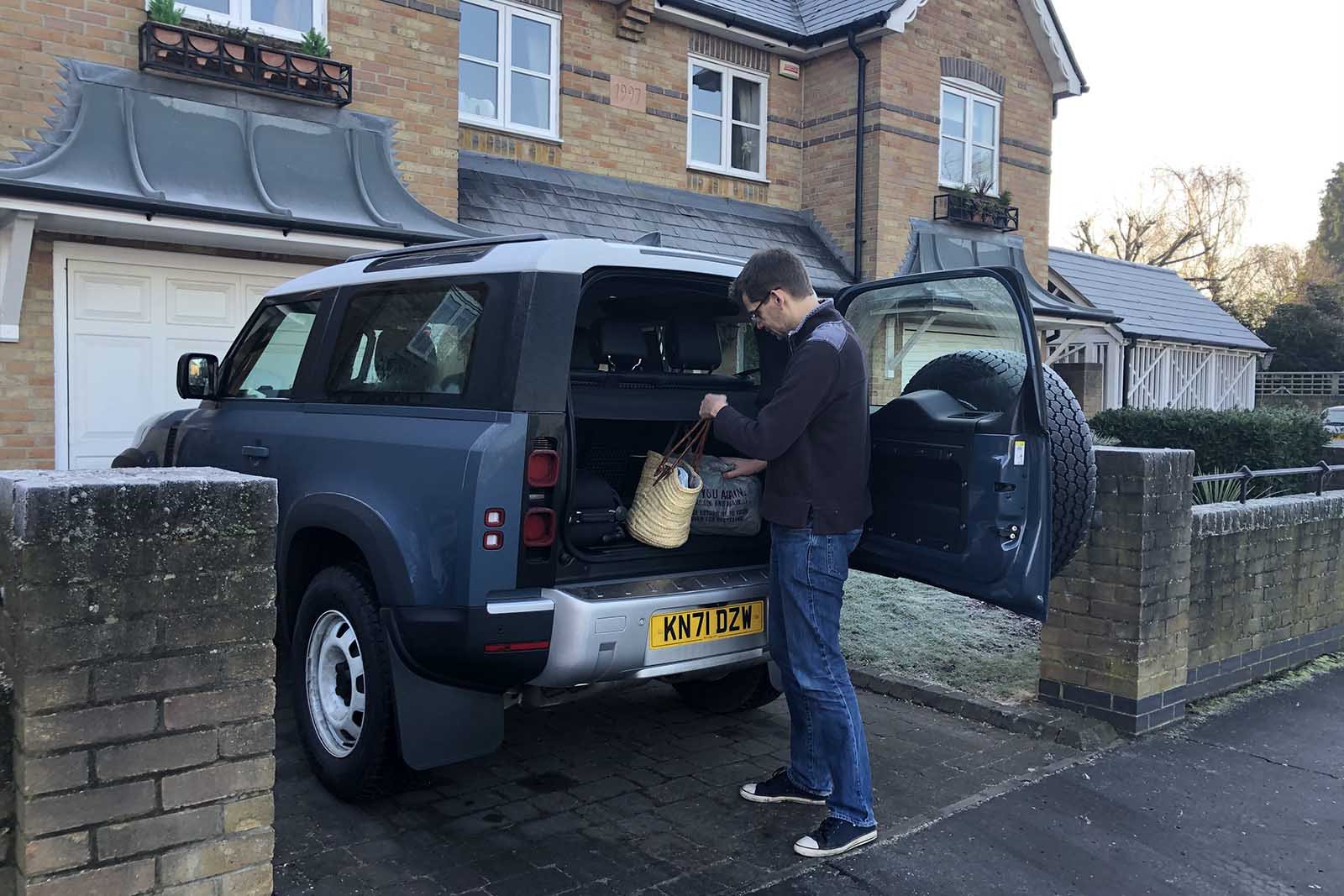 Fear not, though, because a close approximation is still out there, and the most visible casualty is also one of the most controversial; to my mind, those no-extra-cost white steel wheels are perfection, the icing on the cake of this modern yet rurally rugged look, yet I was continually astounded by how many otherwise admirers would dismiss them as out of place.

Nor was it only the Defender’s looks that shone through. Controversial though it may be, as well as unusual, given that only about 6% of new cars now use the fuel, one of the highlights was the choice of a diesel engine. This 3.0-litre six-cylinder unit is something of a gem, imbuing the Defender with an abundance of silky smooth acceleration despite its heft, as well as (just) nudging the fuel economy north of 30mpg. True, even with a massive 89-litre fuel tank, trips to fuel stations were still far too frequent for my tastes or wallet – but they would have been far worse with a petrol engine. 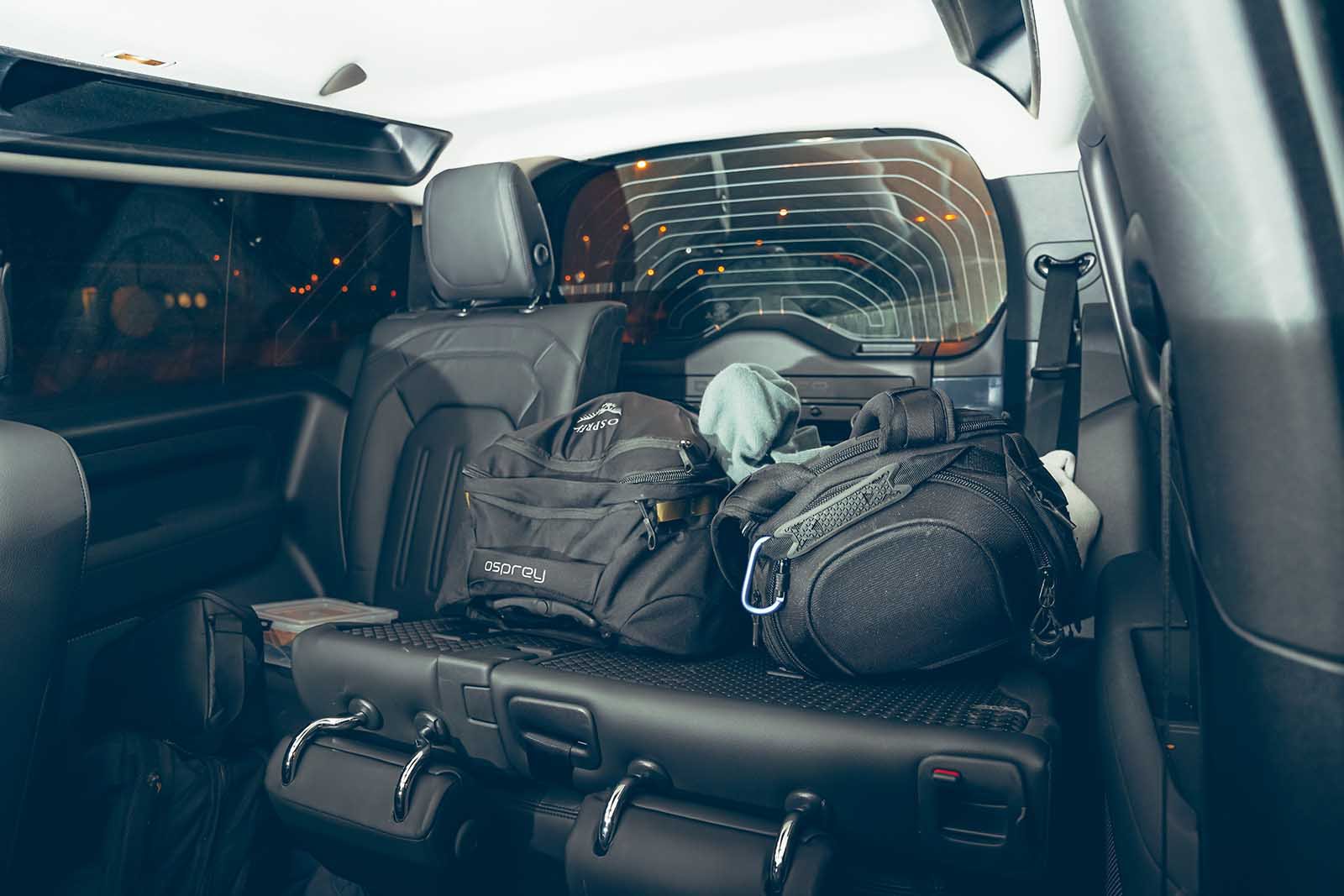 There were other impracticalities and contradictions to consider, too, none more so than the peculiarly hard-to-access yet cavernous rear seat space and tiny boot. Climbing into the back was a significant undertaking, requiring you to open the door, tip and slide the substantial seat, clamber up and into the car, and then reach back for the door’s grab handle and shut it (assuming there was no front seat passenger to assist). It was undignified for adults and near-impossible for children, given the distances and weights involved.

The curiosity was that, once in there, space was beyond generous; the Defender is undoubtedly a car in which four large adults can travel in comfort, or kids can sprawl out in, making use of the generous allocation of USB ports and storage nooks to take pretty much their entire bedroom with them. Mind you, almost everything had to be carried there – because the boot was just 397 litres in capacity – barely more than you get in a Volkswagen Golf – and tall and thin in shape, meaning you had to pack extremely carefully to avoid everything tumbling out when opening the side-hinged door. 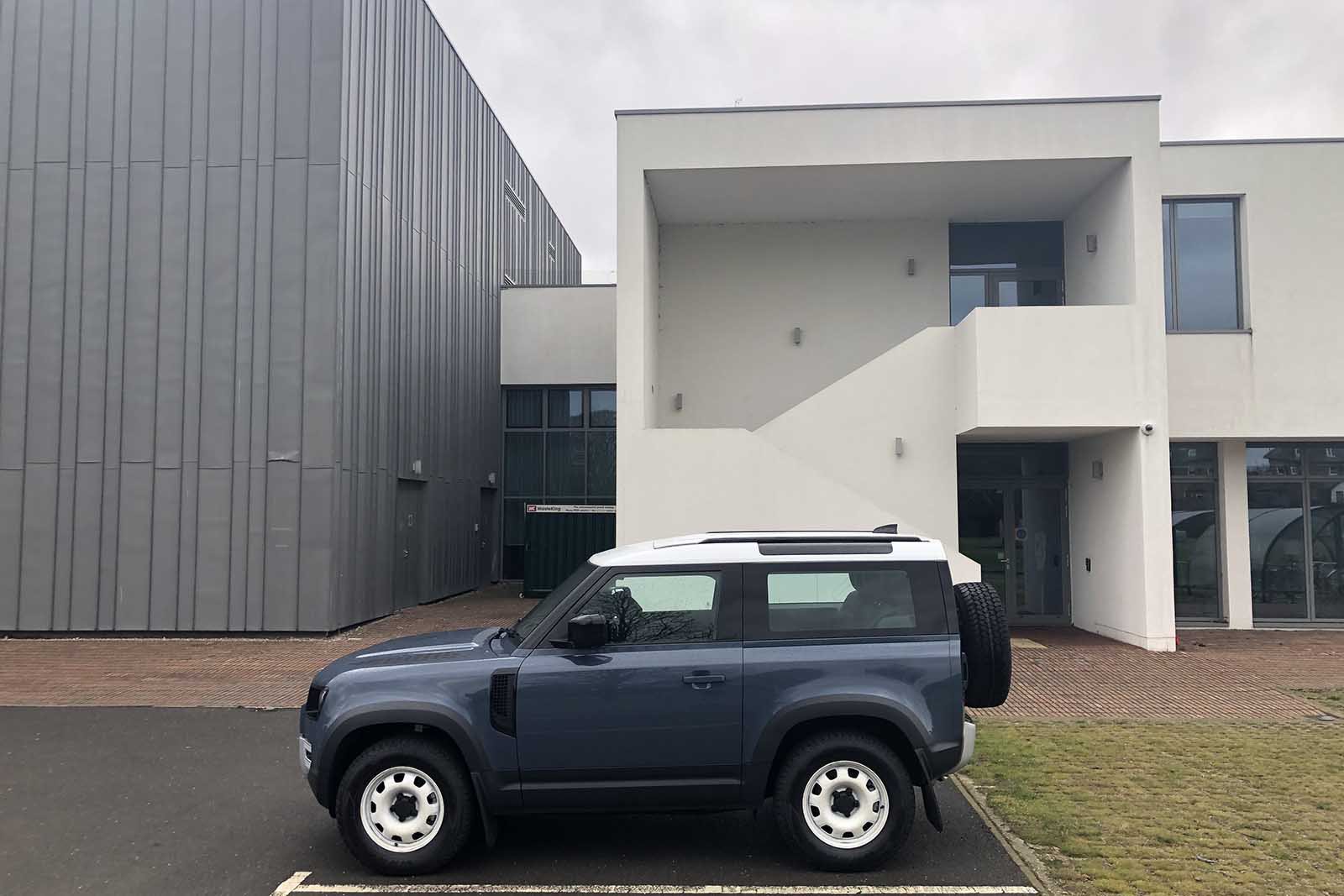 I highlight these negatives only as mild cautions. If you want a Defender and can abide the huge waiting list and still-rising prices, the chances are you will buy one; it’s that sort of car. But I would suggest you spec it carefully beyond just choosing which colours and materials you want. Is the three-door 90 really practical for you, or would the five-door 110 be better? Do you drive long distances and want the diesel, or can you live with a plug-in hybrid model that would potentially be better for both your bank balance and the environment, especially in built-up areas?

Do that right and you will have a car that you will fall in love with, both for how it looks and drives, but especially for how it makes you feel. It is eye-wateringly expensive, but if you can afford a Defender, I have no doubt that having one will bring a little bit of joy to everyday life every time you climb (or clamber) aboard. It certainly did for me.