More for you |
Most and least reliable family carsWhat to do if you put the wrong fuel in your carVolkswagen Passat GTE long-term test reviewNew issue of What Car? magazine on sale nowTrue MPG: most efficient SUVs
Home
News
Mercedes-Benz C-Class plug-in hybrid and C450 AMG shown at Detroit
news

The Mercedes C-Class range gets a new plug-in hybrid model and a four-wheel drive Sport model - the C450 AMG 4Matic... 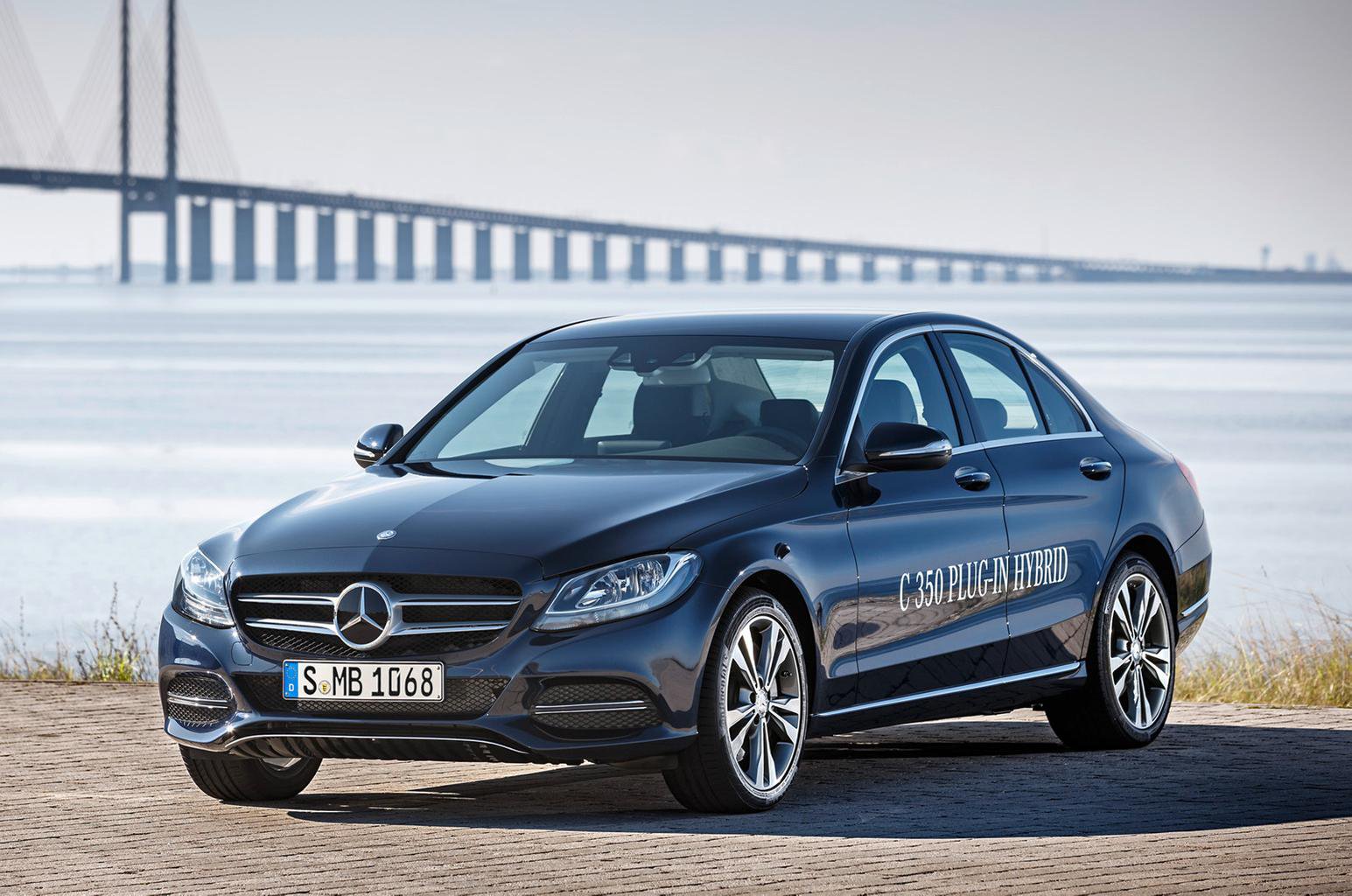 Two new additions to the Mercedes C-Class range have gone on display at the Detroit motor show, with both going on sale in the UK.

A C350 plug-in hybrid and a C450 AMG 4Matic are both joining the C-Class range in June.

The C350 is the second plug-in hybrid to be released by Mercedes, following on from the S-Class.

As with other recently introduced fifth-generation C-Class models, it comes with two different styling treatments: an Exclusive version with a traditional chrome grille and an Avantgarde version with a more sporting grille.

It is powered by a combination of a modified version of the 208bhp 2.0-litre four-cylinder petrol engine already used in the C250 and an 80bhp electric motor. Altogether, the combined output is 275bhp and 442lb ft of torque.

Power is channelled to the rear wheels through a modified version of Mercedes’ 7G-Tronic seven-speed automatic gearbox.

Mercedes is yet to provide a weight figure for the C350 Plug-in Hybrid. However, official performance figures reveal it has a claimed 0-62mph time of 5.9sec for the saloon and 6.2sec for the estate. Top speed is claimed at 155mph and 153mph respectively.

There are five different driving modes: Economy, Comfort, Sport, Sport Plus and Individual. On top of this, there are four operating modes: Hybrid, E-mode, E-save and Charge. Each mode varies the energy recuperation, coasting and gearbox characteristics, with E-mode allowing the C350 Plug-in Hybrid to run in electric mode for a claimed distance of up to 19.3 miles on a fully charged battery.

This extended electric range translates to an official combined economy figure of 134.5mpg for both the saloon and estate, and respective CO2 figures of just 48g/km and 49g/km.

Mercedes claims a recharge time for the battery of between two hours on regular 240V/13A household mains electricity and 1 hour 45 minutes on a 240V/16A system.

To help the driver to maximise the efficiency of the C350 Plug-in Hybrid’s petrol-electric powertrain, Mercedes has fitted it with a so-called 'haptic accelerator' as standard.

Already introduced on the S500 Plug-in Hybrid, it varies the amount of resistance within the accelerator, signalling to the driver that maximum electric performance has been attained and an impending introduction of the combustion engine. It also provides an impulse through the accelerator pedal to suggest the driver could achieve fuel savings by lifting off the power when the car's radar system detects you are running too close to the car ahead.

Mercedes-Benz has also revealed the second in a range of new four-wheel drive Sport models at Detroit – the C450 AMG 4Matic.

The new model will sold in both saloon and estate bodystyles from June, slotting into the existing Mercedes-Benz line-up between the most powerful of the existing fourth-generation C-Class models on offer in the UK, the C250 BlueTec Hybrid, and soon-to-be-launched C63 AMG. It will be priced to compete with the £39,310 Audi S4 and £38,260 BMW 335i M Sport.

It is distinguished by a restyled front bumper with larger cooling ducts, an altered grille, black exterior mirror housings and darkened chrome tailpipes.