More for you |
Used Ford Fiesta long-term test reviewWhat can I do about a security issue on my car? Best cars for less than £250 per monthWhy is my new car’s fuel economy so poor?Top 10 used electric cars
Home
News
MG3 supermini not in UK before late 2012
news

MG3 supermini not in UK before late 2012

* MG3 will not go on sale here before late 2012 * The car goes on sale in China this month * but needs major changes before going on sale in UK... 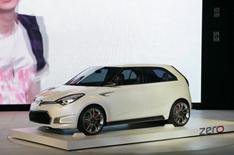 The new MG3 supermini will go on sale in the UK in late 2012 at the earliest.

That is a long way behind the Chinese markets launch later this month, but MG says its a result of how significantly the car needs to be altered for the European market.

At just under four metres long, 1.7m wide, and 1.5m tall, the MG3 is similar in size to the Ford Fiesta. It was previewed by the MG Zero concept car at last years Beijing motor show, but that cars styling has been significantly toned down for the model that will be sold in the Chinese market.

In China, the car will be launched with a 1.5-litre petrol engine producing 109bhp at 6000rpm and 99lb ft at 4500rpm, but other petrol units are expected to be added to the range for the cars European launch.

Although MG is eager to play on its British roots, it isnt expected that the MG3 will be assembled in Longbridge. Instead, it will be imported from China, where lower production costs will help keep down its price.