More for you |
How to save money on your car insuranceShould I buy winter tyres?Audi A3 Sportback long-term test reviewWhat’s the best practical convertible car for me? A guide to short-term car insurance
Home
News
New Audi A3 petrol to match diesel's CO2
news 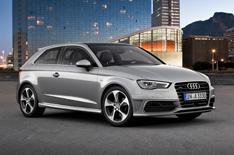 Audi's new 1.4 'cylinder on demand' petrol engine will match the equivalent diesel version's CO2 emissions when it arrives in the new A3 next spring.

The engine saves fuel by shutting down two of its four cylinders when cruising. An Audi insider told What Car? that early indications suggest a CO2 output of just 106g/km. If that's confirmed, it puts the 138bhp turbocharged petrol version on a par with the more expensive 148bhp 2.0 TDI model.

This news will be of interest to company car drivers, who are currently charged a higher Benefit in Kind (BiK) tax rate on diesels. The new 1.4 petrol engine is expected to offer 40%-rate taxpayers a monthly saving of around 27 compared with an equivalent 2.0 TDI model.

The 1.4 petrol wont quite match the 2.0 TDI on fuel economy its expected to return an average of 61.8mpg compared with the diesels 68.9mpg but fuel bills will be similar as long as petrol remains cheaper at the pumps.

Asked if such a clean petrol engine will render the more expensive diesel version redundant, Audi A3 marketing manager Rob Morris said he still expected the 2.0 TDI to be the bigger seller, due to the diesel preference of most fleet managers.

Part of my job is to educate fleet managers about the benefits of our latest petrol engines, but this wont happen overnight, he said.

Although the 2.0 TDI will be the only diesel engine available when the new A3 goes on sale, a 1.6 TDI model with sub-100gkm CO2 emissions is due on sale by the end of the year. This will give the A3 a model with CO2 emissions to match key rivals such as the Mercedes A-Class and Volvo V40.

Read our comparison of the Audi A3, Mercedes-Benz A-Class and Volvo V40.

Audi also confirmed that the hugely successful A3 Cabriolet will be replaced in 2014.