Plush estates make great family cars, with the latest to join the club the new BMW 5 Series Touring. But how does it compare to its two most competitive rivals?...

It’s nip and tuck between the 5 Series and the E-Class for boot space. Both can easily swallow eight carry-on suitcases in their main boot area (below the tonneau covers), while the V90 only just achieves that feat. However, there’s a great trough under the E-Class’s boot fl oor that fi ts the winning ninth case or, if you’d prefer, for an extra £1220, a couple of extra seats, making it the only car here with the potential to seat seven. The 5 Series gets two underfloor storage compartments, but they’re much shallower than those in the E-Class, while the space under the V90’s floor is shallower still.

All three cars let you fold down their rear seats at the touch of a button. These are split 40/20/40 in the 5 Series and the E-Class, while the V90’s are less usefully divided 60/40. In each of our protagonists, the rear seats lie almost fl at once folded, leaving a vast acreage between the lipless boot openings and the backs of the front seats. 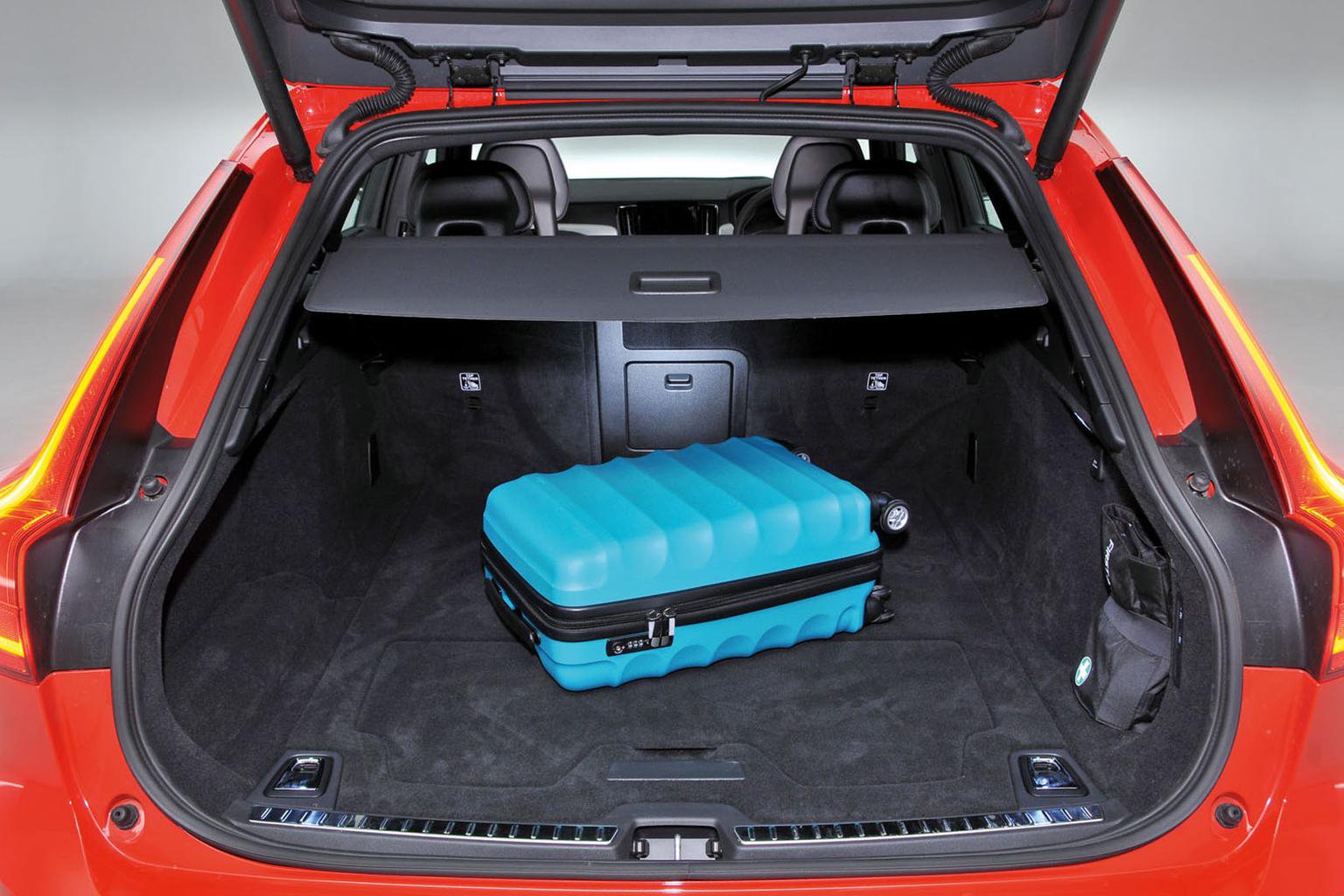 The widest in the front, while rear head and leg room are good. Boot is the widest and tallest here and, like the other two, has a flush lip. Two underfloor storage areas are deep enough to hold laptop bags. 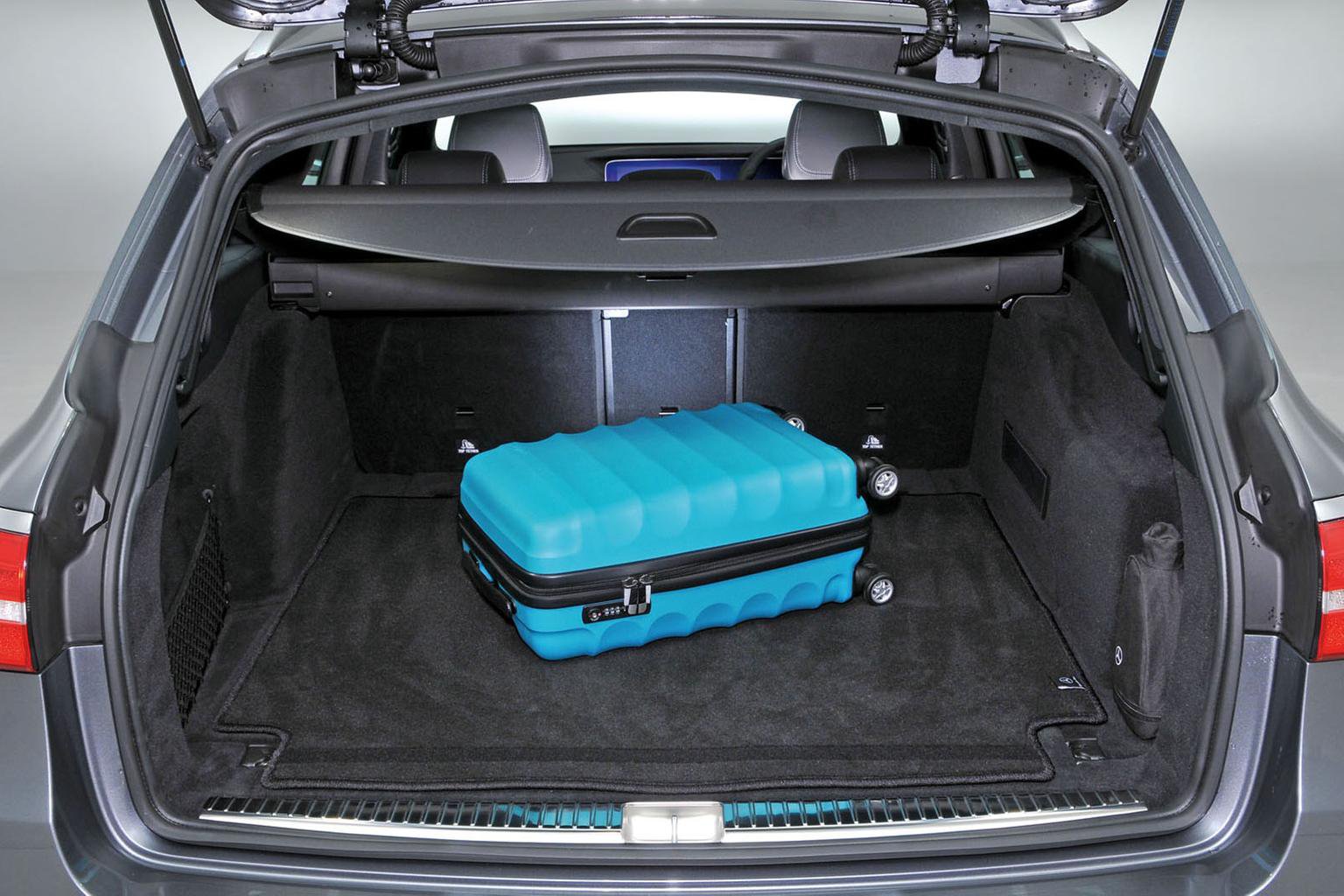 Takes eight suitcases and can fit a ninth in the deep underfloor area, which also contains a fold-up crate. All three cars have buttons in the boot to fold the seats; the E-Class has them by the rear side doors, too. 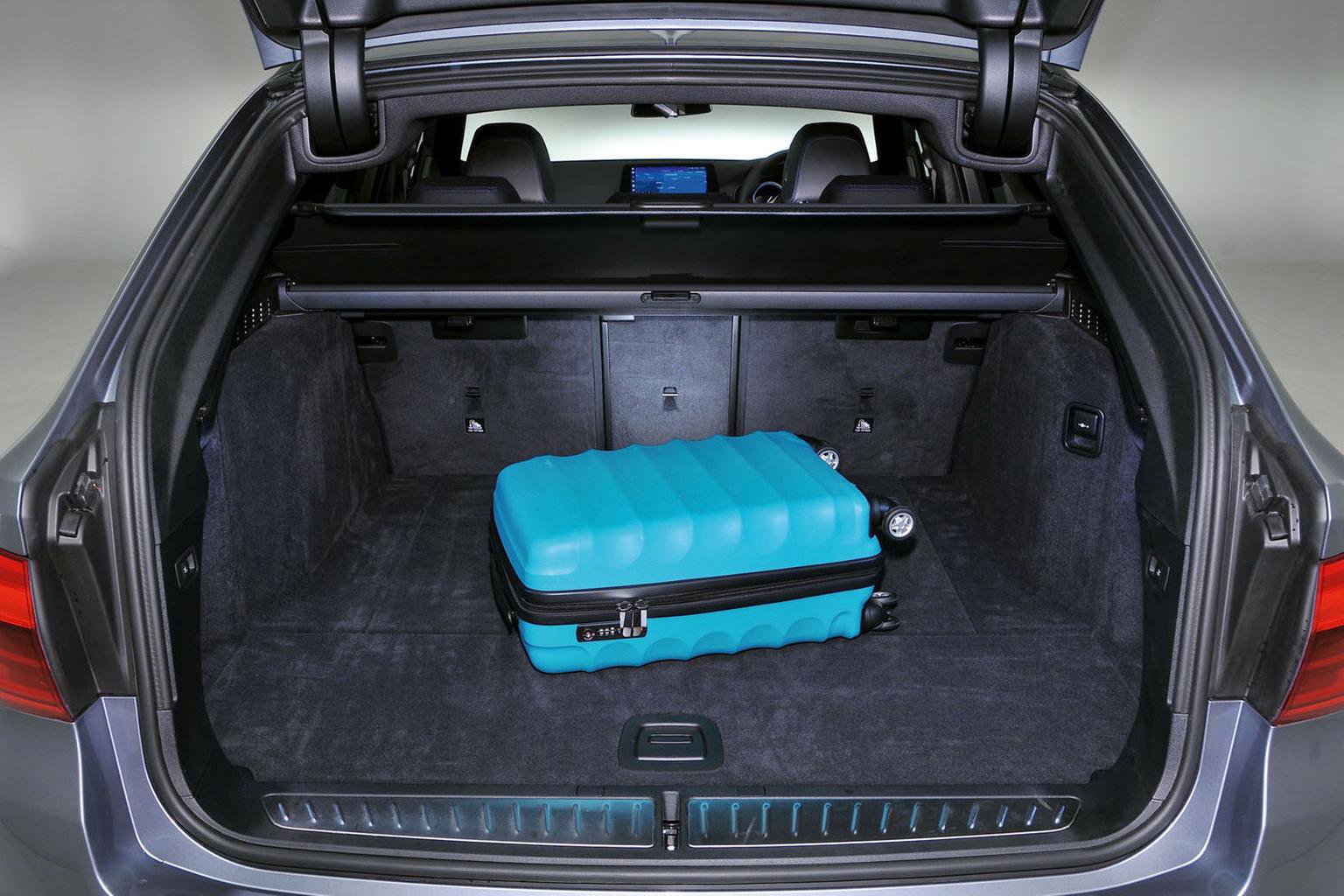 Easily the best rear seats, with a vast amount of leg room. Eight suitcases squeeze into the boot, but it’s still the smallest here. There’s a pop-up divider in the ¬ oor to stop things sliding about.