All three cars offer pretty sound seating positions, but there are a number of key differences. Firstly, in the trims we’re testing here, the C5 and CX-5 have fully electrically adjustable driver’s seats that can be tuned more accurately than the CR-V’s manually moveable perch. All three have adjustable lumbar support, but the CX-5’s seat provides the best support in corners, while the C5 has the most sumptuous cushions. None of them is uncomfortable, though.

The CX-5 is odd in that its seat is set much higher in relation to the dashboard than the others’ (which may or may not appeal) and it’s the only one with a centre armrest that doesn’t extend, so you might find there’s nothing to lean on if you have to sit quite far forward.

That said, the CX-5’s dash is the best laid out. Its analogue instrument dials are simple to decipher and the position of its switches and buttons can be learnt, so you needn’t look away from the road to operate them. 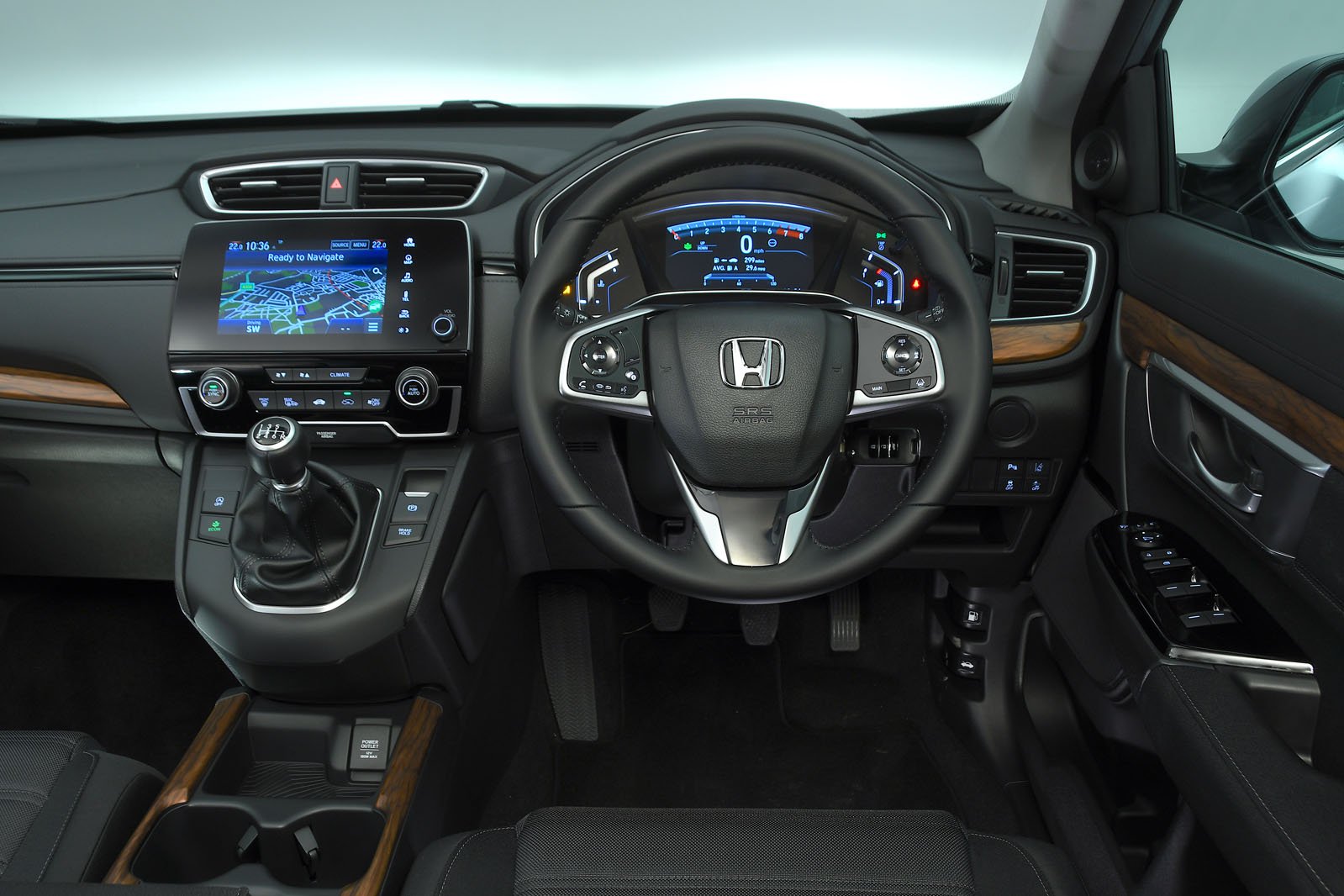 You can’t do this in the C5, because it employs touch-sensitive ‘virtual’ buttons, and many often-used features (such as the climate controls) are hidden away in the touchscreen infotainment system. Its standard digital instrument display is pretty effective, though; it can be configured to show what’s of most importance to you, such as media or sat-nav, along with a variety of instrument designs.

The CR-V has digital instruments too, but they don’t mimic the C5’s functionality, and trying to cycle through the trip computer is so complicated that you might need help from a member of Mensa. Few cars’ instruments have baffled us to such a degree; even with the help of the manual, that simple task took us 10 minutes.

Other elements of its design are discombobulating too, such as the steering wheel-mounted buttons. To operate the cruise control, you would expect ‘on/off’ buttons, but oh no; here, the challenge is to work out that you need to press a small button labelled ‘Main’. 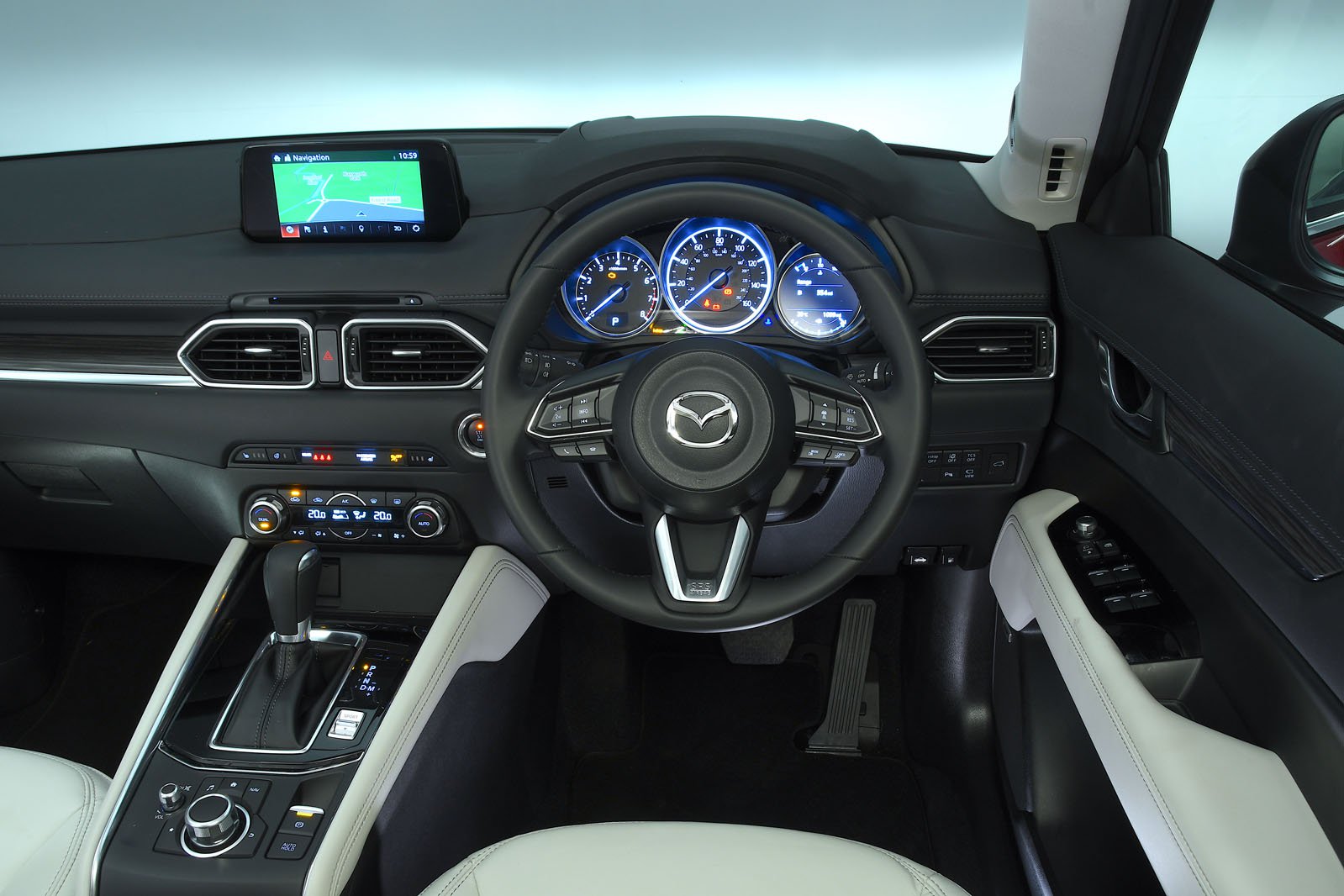 All three come with front and rear parking sensors and a rear-view camera. As for actually seeing out, the CR-V’s slender windscreen pillars and largest rear-quarter windows make it the best.

On interior quality, the CX-5 wins hands down. It seems robust and its materials look and feel of a higher grade than either rival’s.

The CR-V has taken a big step on from its predecessor in terms of  quality and also feels solid, but its cheap velour trim, obviously fake wood veneers and greater swathes of hard, shinier plastic do it no favours.

The C5, meanwhile, has an appealing design but very little in the way of luxury. Even the top of its dashboard is made from rigid plastic; that might be acceptable in a small SUV but isn’t good enough in a car that’s pushing £30k.