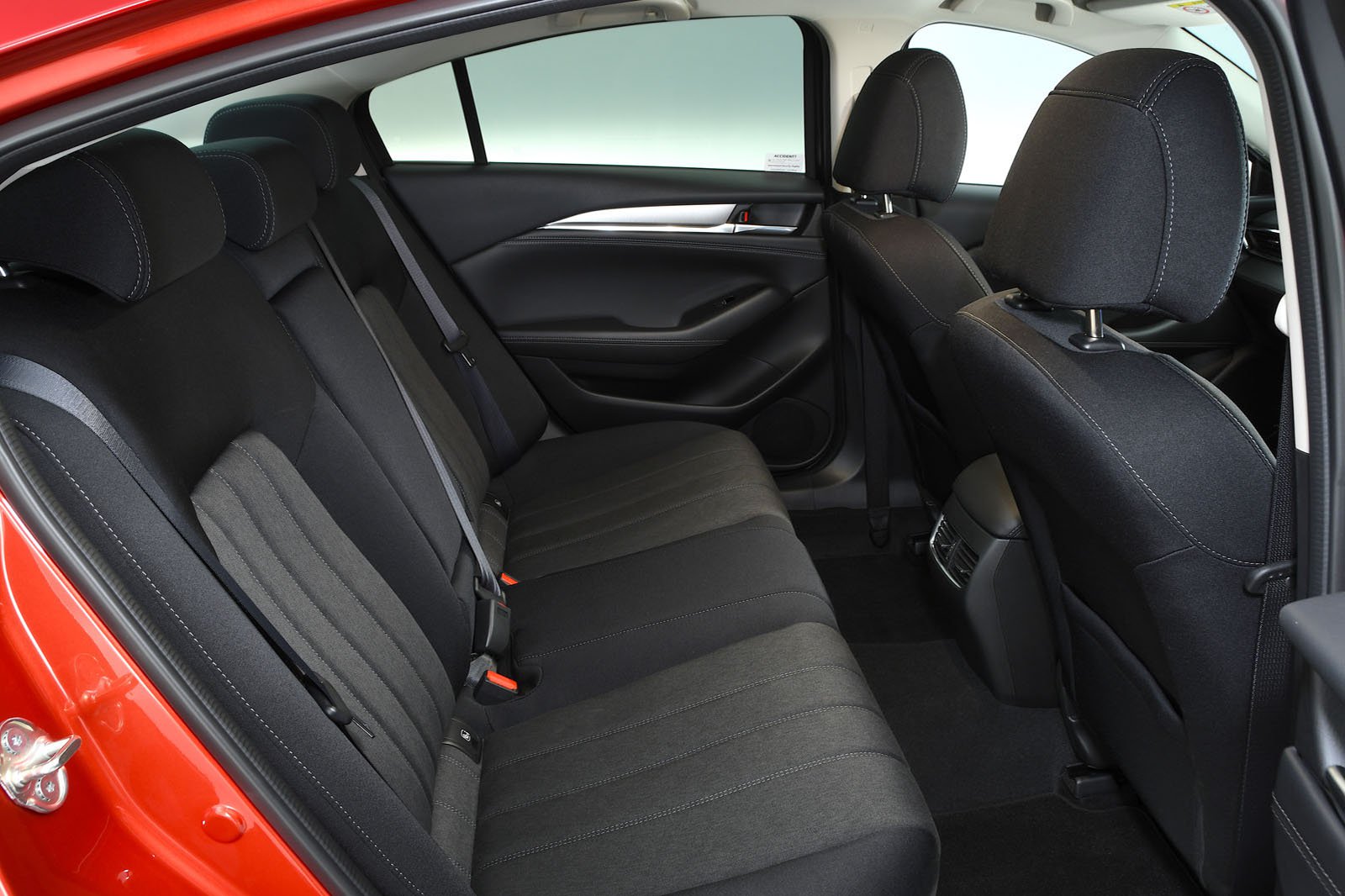 If you’re hoping the 508 will reclaim some ground here, forget it. With the other cars being more than 100mm longer, it just can’t compete on rear seat or boot space. For example, it has 85mm less leg room than the 6 and a huge 115mm less than the Superb.

Yes, there’s still just enough space for a six-footer to fold their legs in behind a tall driver, but head room is even worse, making this a child and short adult-only zone. Although the 6 has barely any extra head room, at least its more generous leg room means you have the option of slouching to get a bit more clearance above. 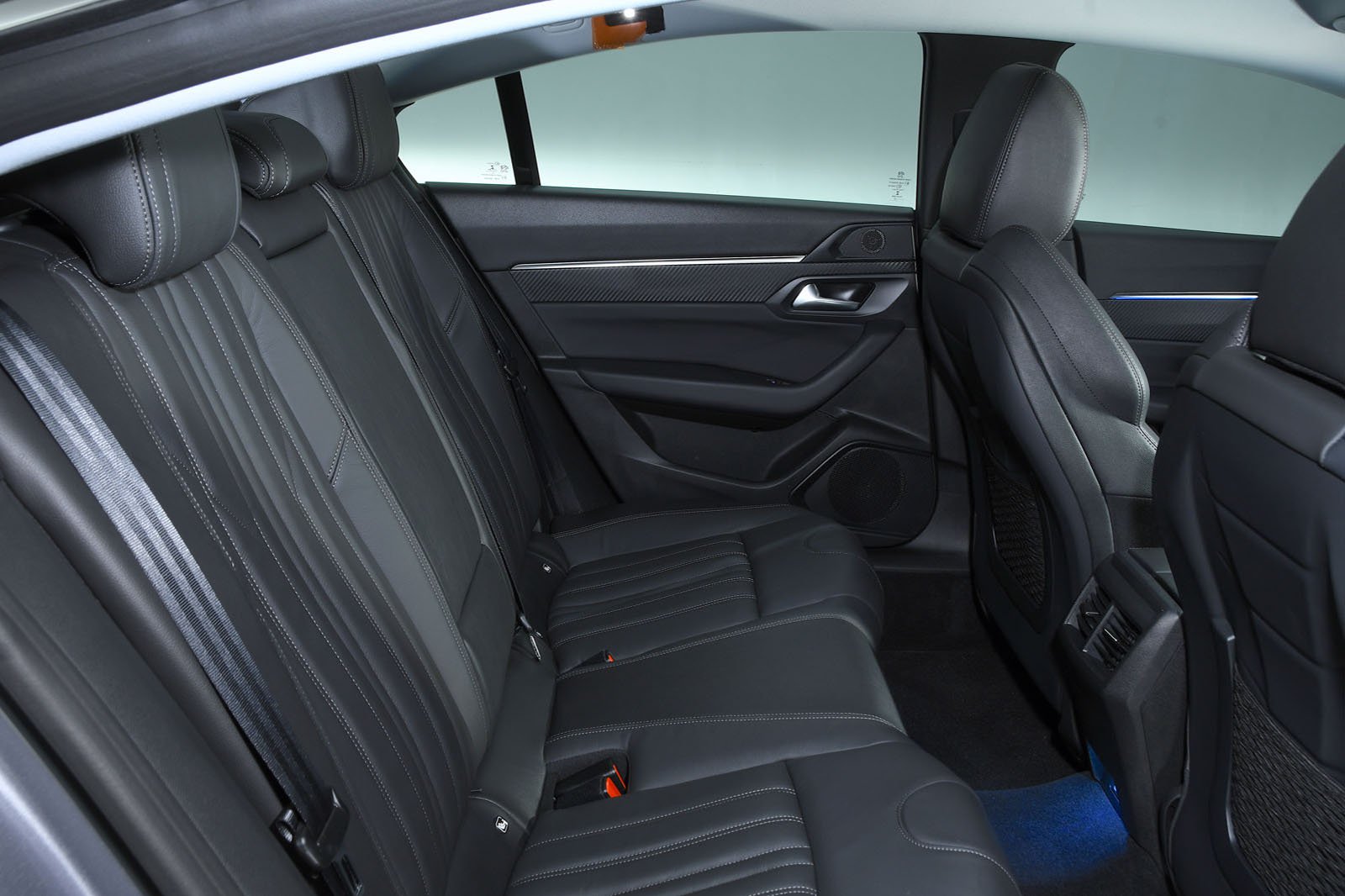 There are no such issues in the Superb, with the kind of leg and head room you’d usually expect from a long-wheelbase luxury limousine. It also leads the way for front head room, even if its driver’s seat doesn’t slide back quite as far as the 508’s and 6’s.

Despite looking like a saloon in profile, the Superb is, like the 508, a hatchback. That makes loading its cavernous boot easy, even if there is a large lip to heave things over. Able to swallow 10 carry-on suitcases, it beats the 6 by two and the 508 by three. The 6 is next best, but it’s the only saloon here, so it gets marked down for its smaller aperture. 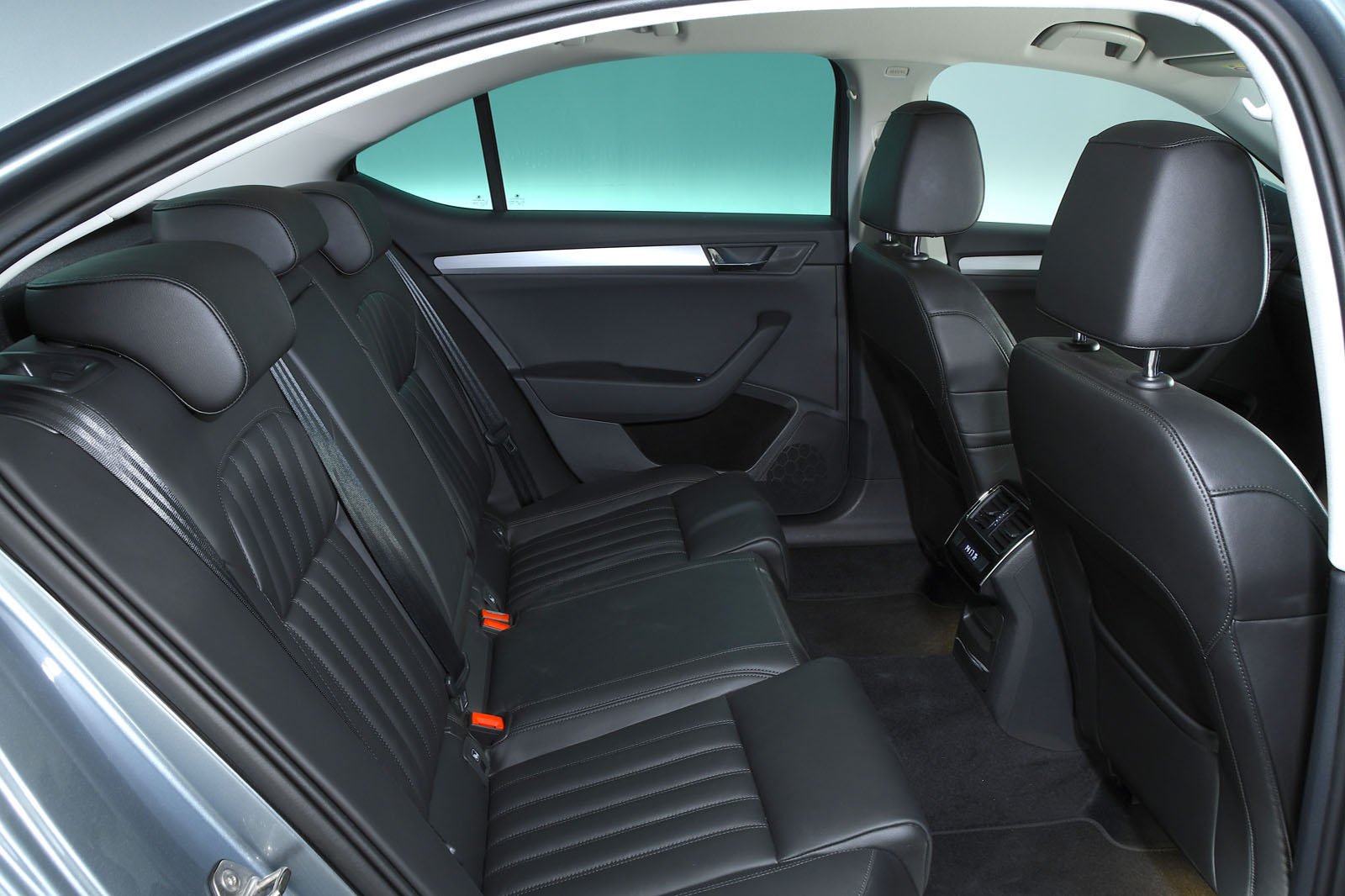 At least you get rear seatback release levers in the boot in the 6 (they’re a £95 option in the Superb and unavailable in the 508), although you still have to push the seatbacks forwards to get them to fold flat. Both the 6 and 508 have a relatively flat extended load bay when the rear seats are down, whereas there’s a sizeable step in the Superb’s. Each rear bench splits in a 60/40 configuration. 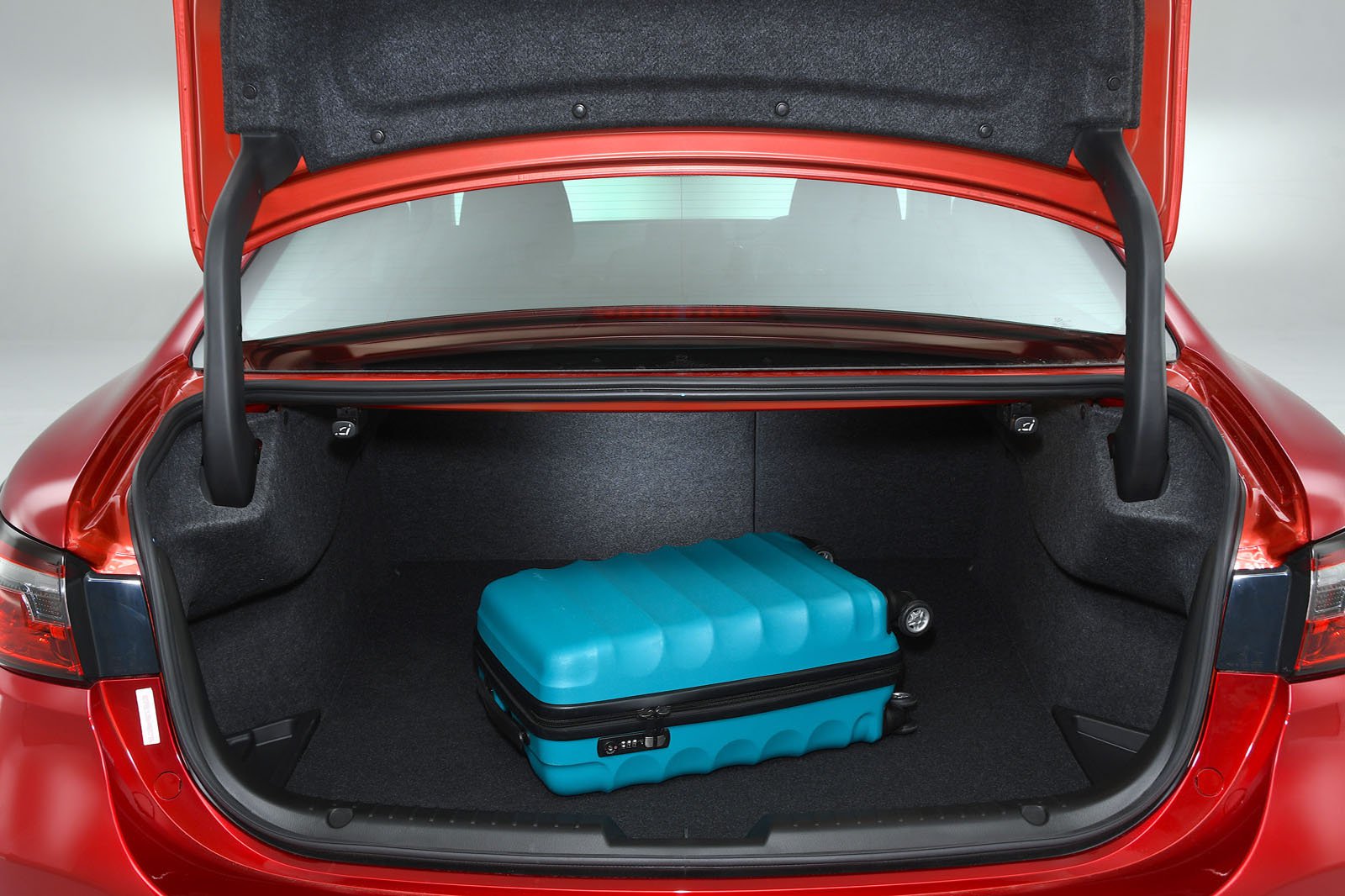 Although its boot is bigger than the 508’s, the 6’s saloon posterior means it isn’t as practical as the other cars here. And while rear leg room is good, rear head room is tight for taller individuals 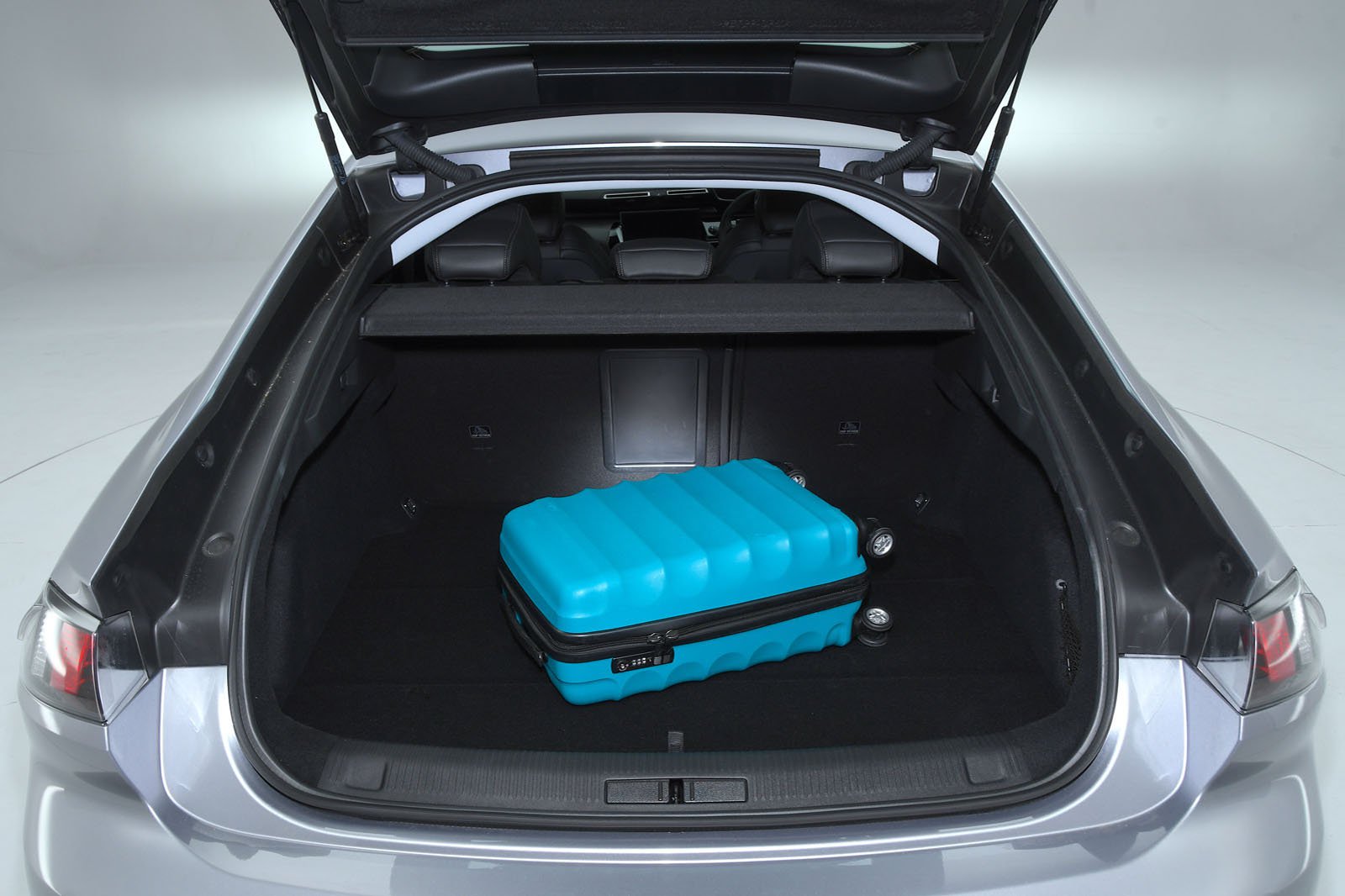 The 508 may be a hatchback, but it has the least boot space. Even worse, rear head room is exceedingly tight, forcing taller people to cock their heads. Rear leg room is also the tightest here. 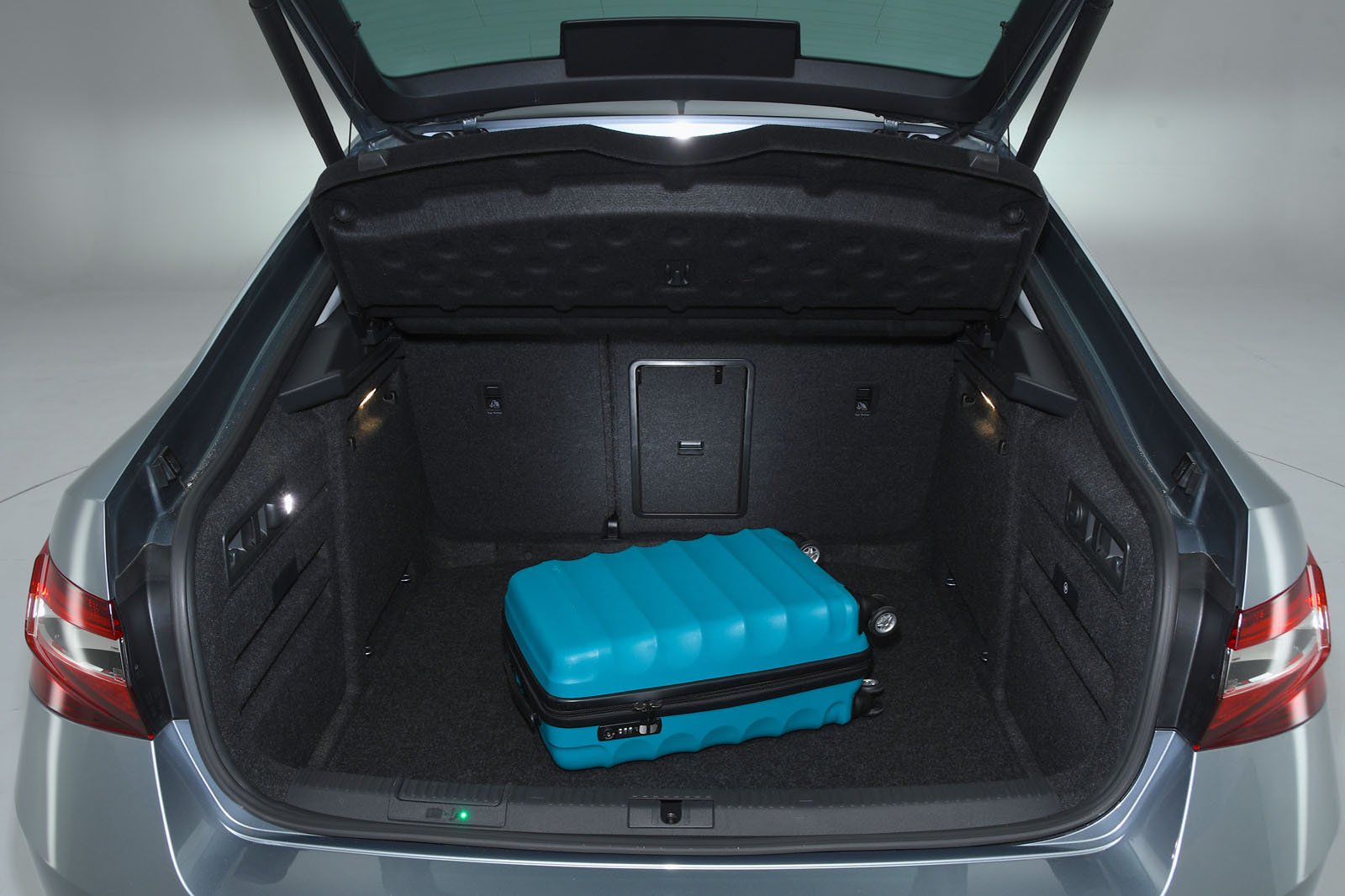 In almost every area, the Superb spanks its rivals. It has the most rear space and can swallow the most cases. Only a high loading lip and stepped floor when the seats are down count against it