* Sources reveal four-door CLS replacement * On sale by early 2011, at the latest * More updates to the entire E-Class range, too... 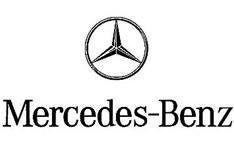 Mercedes-Benz sources have leaked news of a fifth strand to the new E-Class line up.

A replacement for the four-door CLS coupe will be added to the previously announced saloon, coupe, estate and convertible models.

Our source revealed that the new CLS was signed off for production last year, which suggests that it is likely to go on sale by early 2011.

The Mercedes insider also said that there will be further advances in the already uprated interior of the entire E-Class range.

The E-Class saloon and coupe are due to go on sale in June, with the estate and convertible models following early next year.

It was also revealed that virtually the whole E-Class range is likely to get engine stop-start fuel-saving technology during 2010.

At launch, only the base petrol model E200 CGI will have this feature, but during 2010 all four- and six-cylinder models will have it fitted, including those with automatic gearboxes.