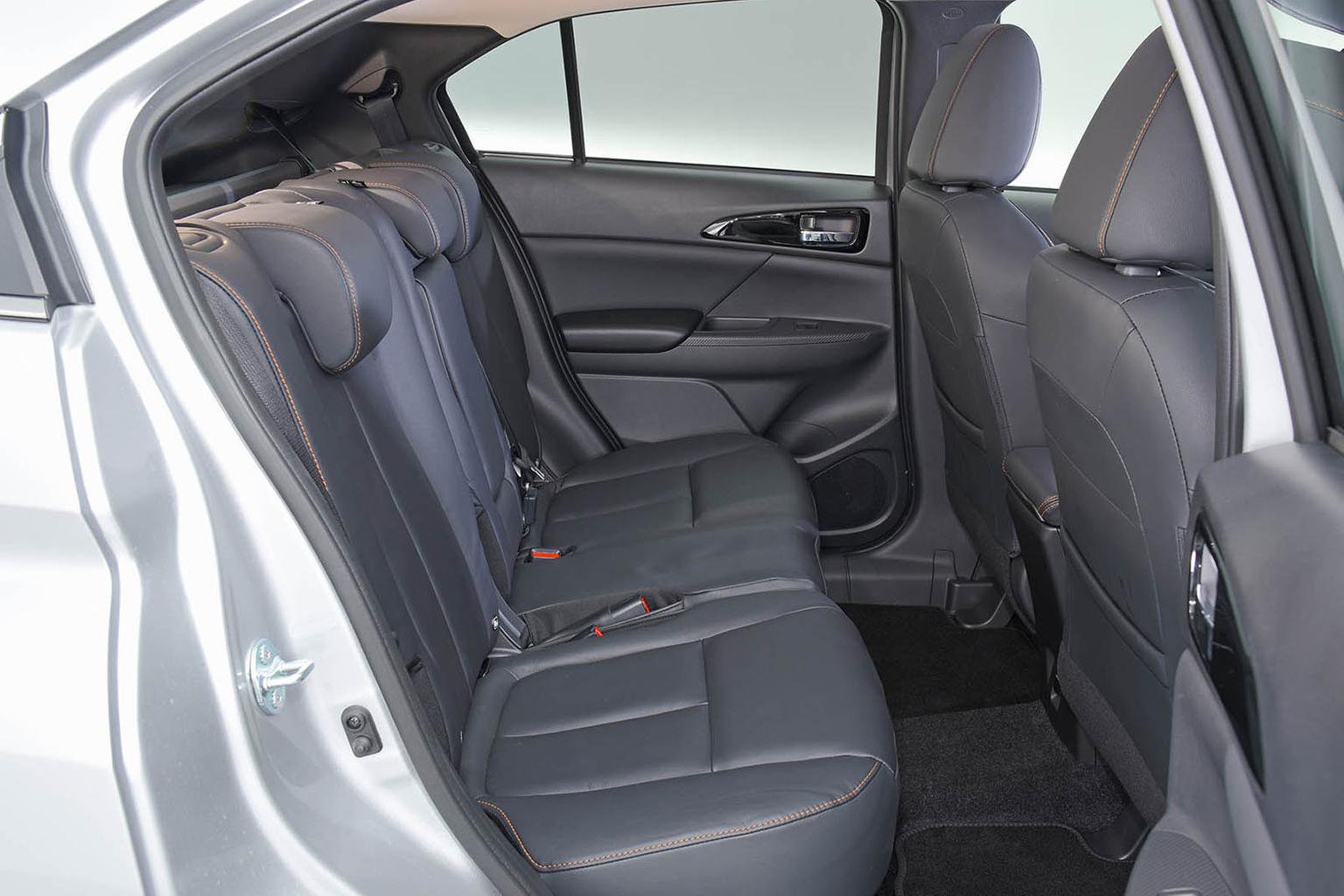 Tall adults will have few issues with space in the front seats of any of these cars. There’s less than a centimetre between them for head and shoulder room, which is generous across the board, and although the Qashqai has the least leg room, only really tall people will struggle.

There’s a bigger difference when it comes to rear space. All three cars come with a panoramic sunroof as standard, a feature that usually eats into head room, but the Qashqai has enough to accommodate a couple of six-footers. Anyone that tall might notice their head brushing the rooflining of the others.

Leg room is a different story: the Eclipse Cross has the most by some margin, with the Karoq and Nissan offering similar amounts. Tall adults will probably find their knees pressed against the front seat-backs of these cars, whereas there’s room to slouch in the Eclipse Cross. 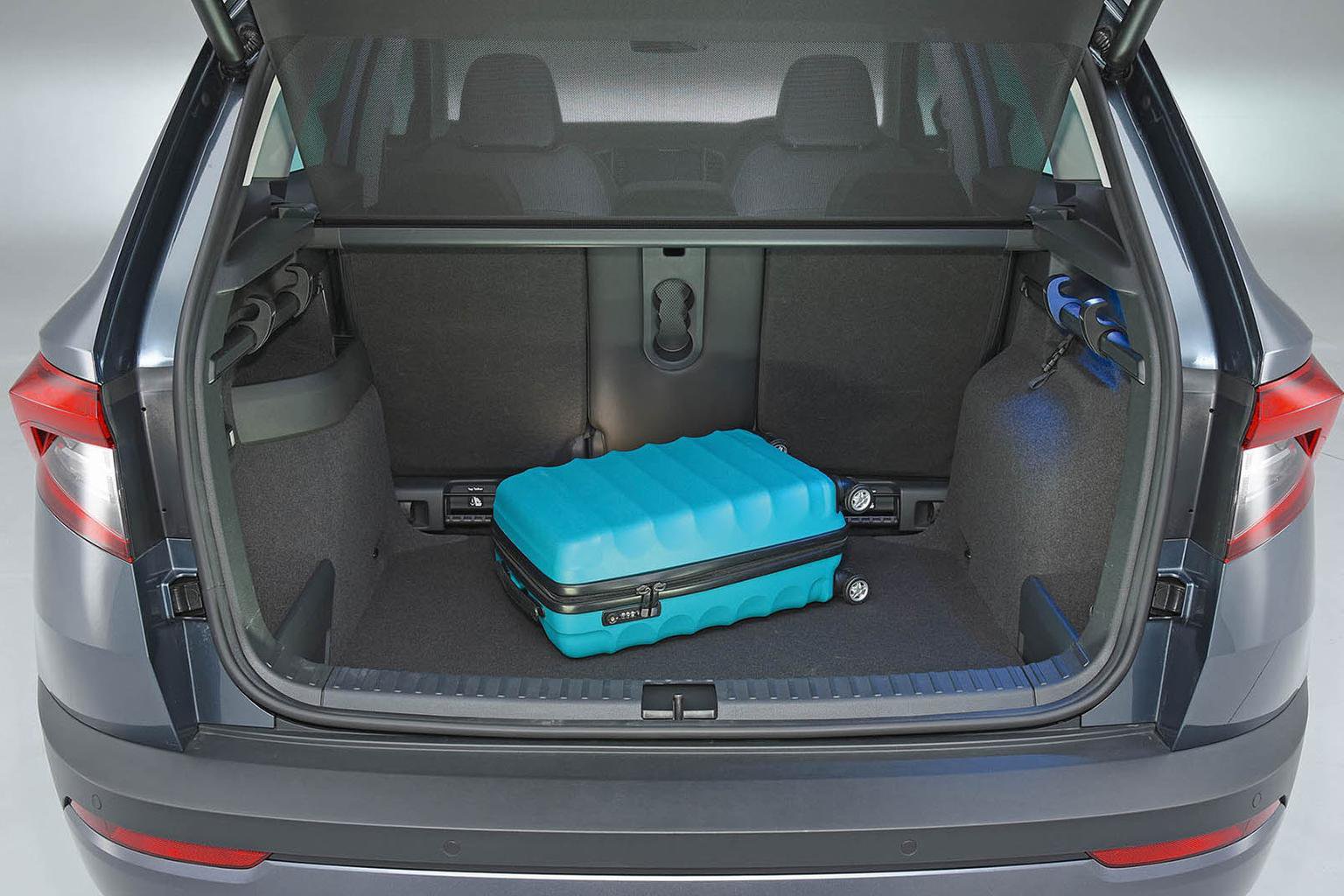 Both the Eclipse Cross and Karoq have rear seats that slide back and forth and recline, while the Qashqai makes do with a fixed bench. However, the Qashqai comes with a removable boot floor which, when installed, maintains a flat floor from the boot entrance to its front seatbacks when its rear seats (which split 60/40) are folded down. The Eclipse Cross’s boot floor is fixed, but there’s no step when the 60/40 split rear seats are folded.

Meanwhile, the Karoq’s boot has a big lip at its entrance and there’s no removable floor, leaving a huge step up when its standard 40/20/40 split rear seats are folded down. That said, the Edition trim’s standard Varioflex seats can be removed altogether to leave a fl at surface.

Flexibility is one thing, but there’s no escaping the fact that the Eclipse Cross’s boot is the smallest with its rear seats slid all the way back. Even with them all the way forward, its boot is only marginally bigger than the Qashqai’s. Bigger than both is the Karoq’s boot, which is also the tallest and squarest in shape. 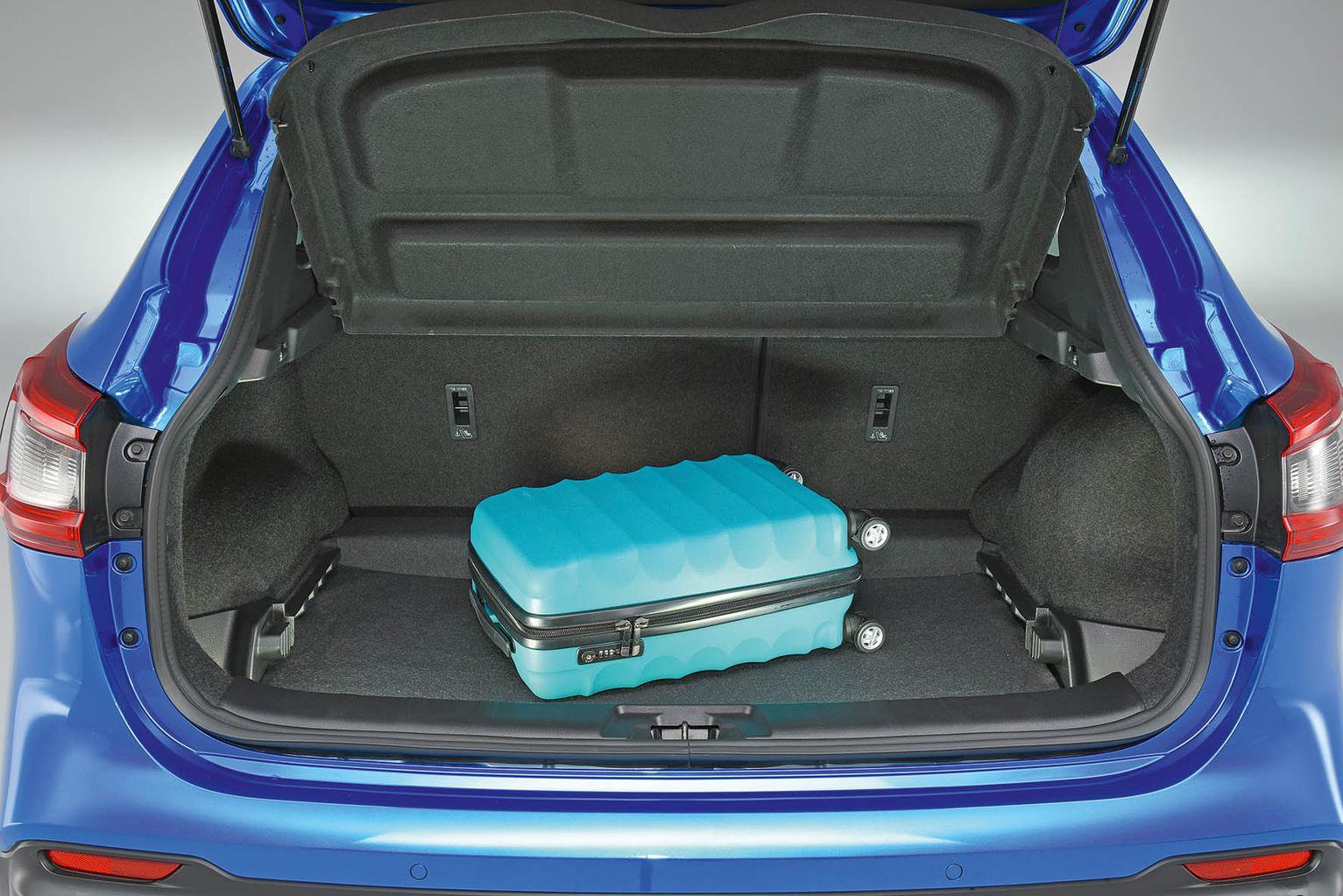 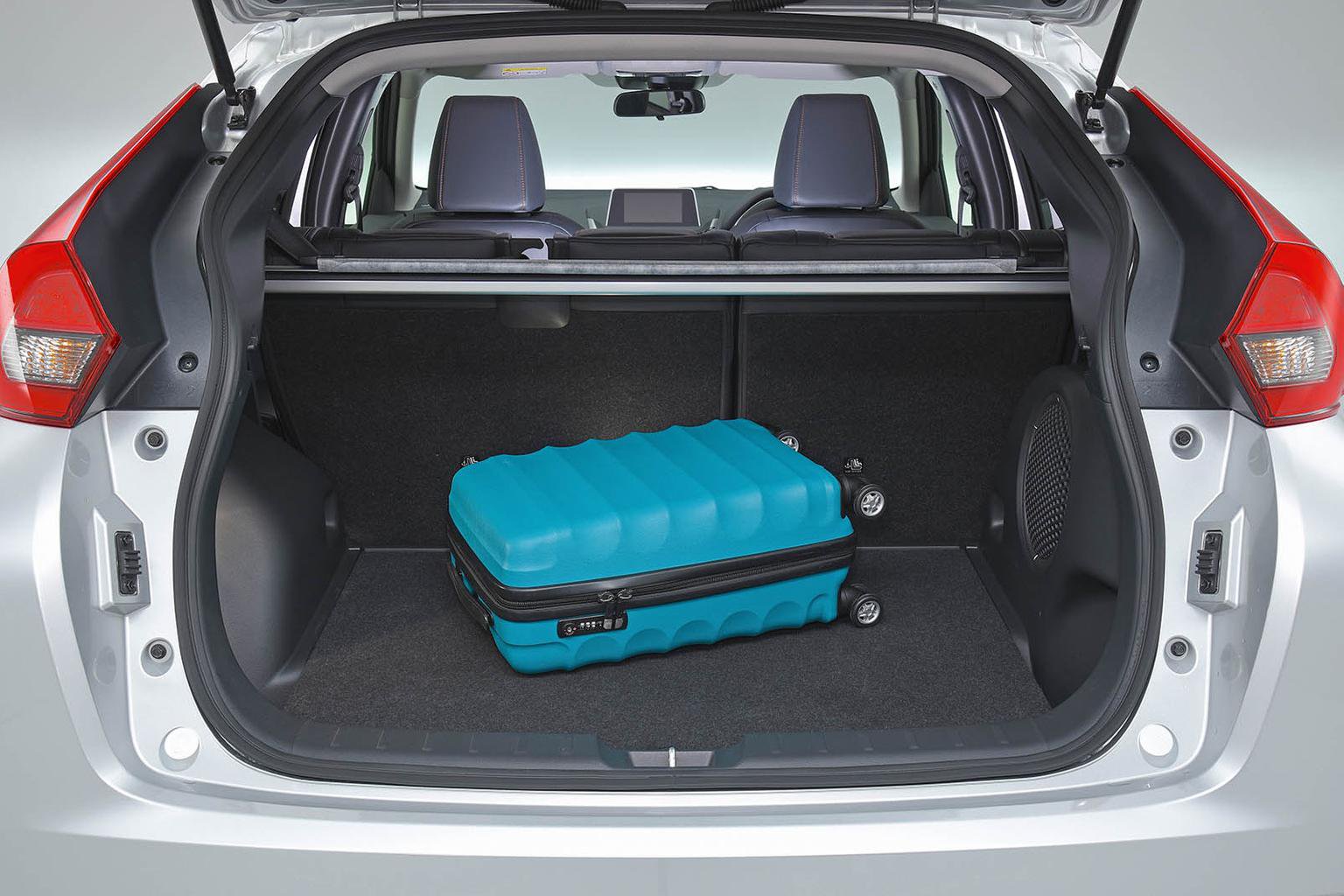 The Eclipse Cross has decent front head and foot space, while it has the most rear leg room. On the other hand, its boot is fairly small by class standards, managing to hold just five cases. 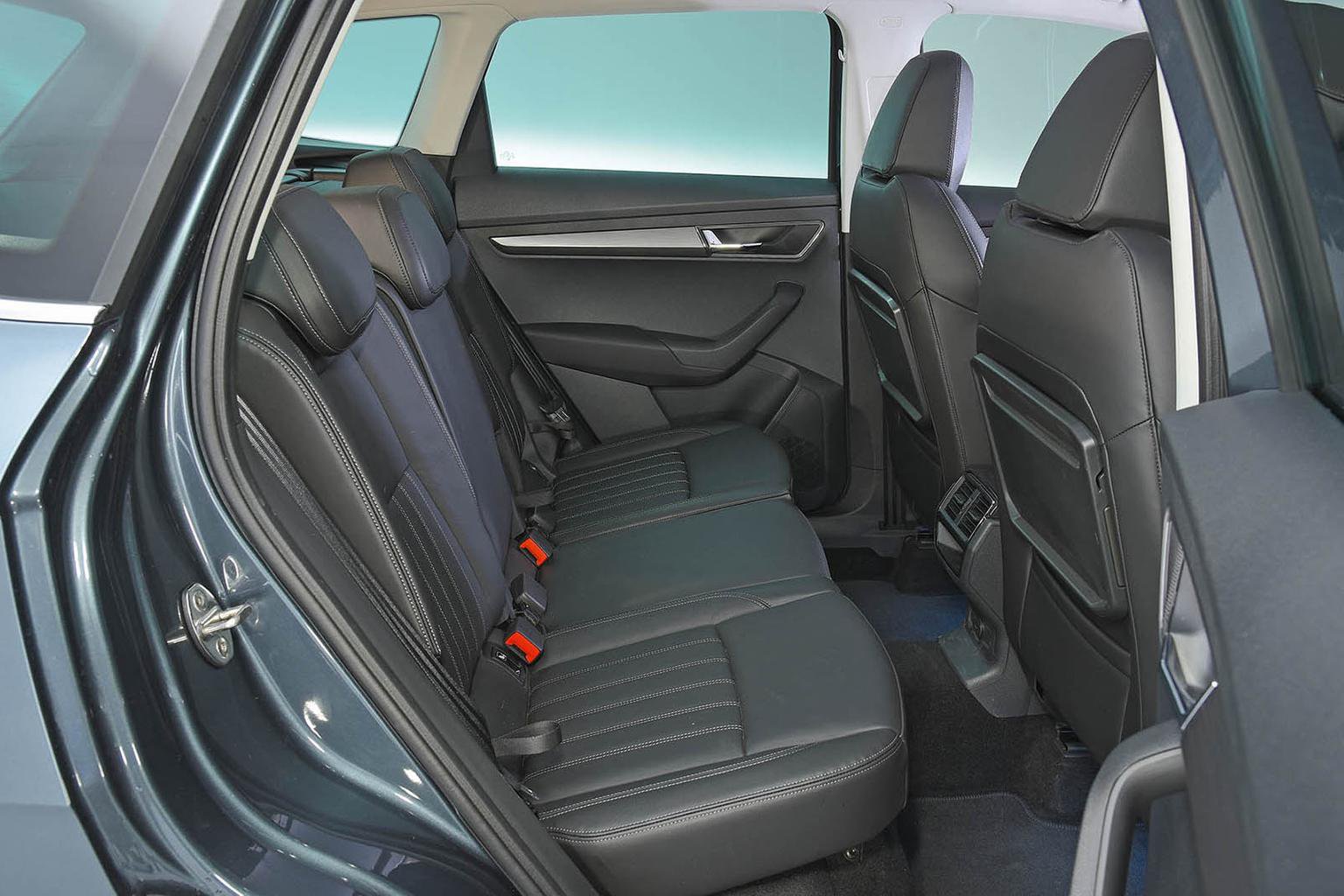 There’s plenty of space around the Qashqai’s front seats. It has the most head room in the back, and while its rear bench doesn’t slide like the others, its removable boot floor provides useful versatility. 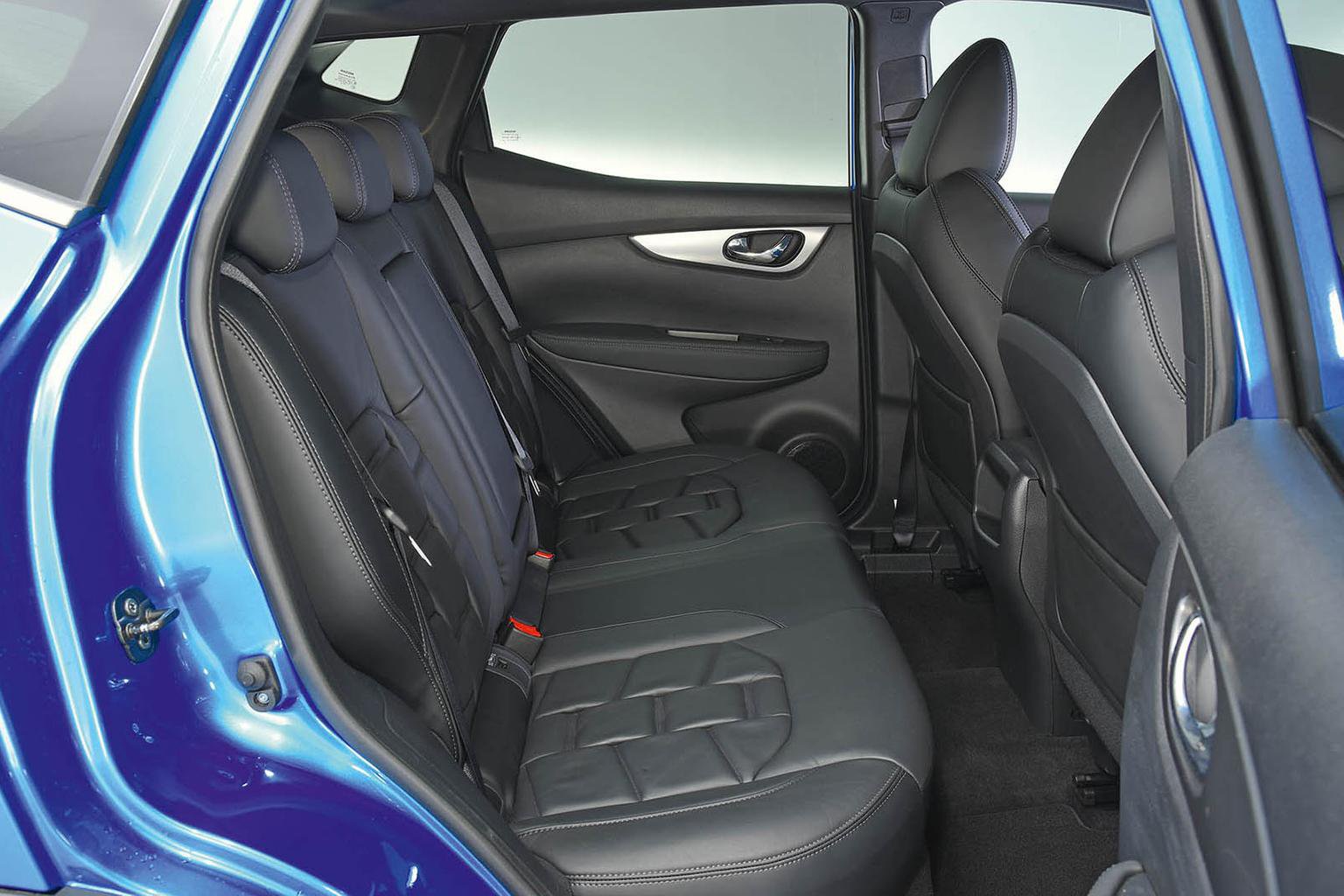 Front space is good in the Karoq and its rear seats can be removed altogether. The tall, square boot is the biggest here, swallowing nine cases. It’s just a shame there’s a big lip at its entrance.