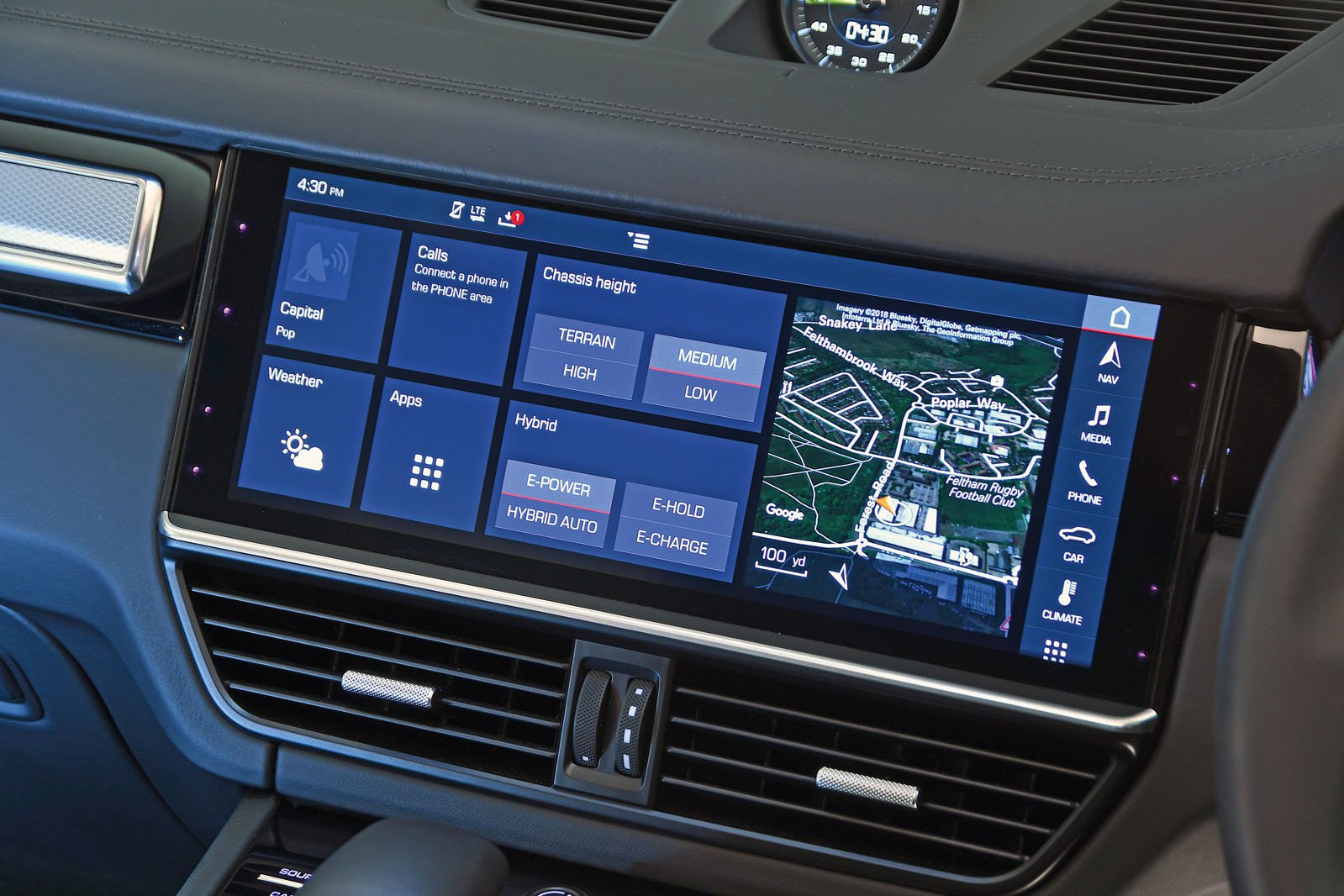 Graphics on the giant 12.0in touchscreen are super-sharp. Most of the time it’s responsive, too – except when zooming the sat-nav map. There’s a mixture of large and small icons – the latter being quite hard to hit on the move –but generally the menus are easy to fathom. Optional 14-speaker Bose hi-fi (£956) sounds great, but if you’re crazy about your music, there’s a Burmester system for £4200. Apple CarPlay is standard, but you can’t get Android Auto. 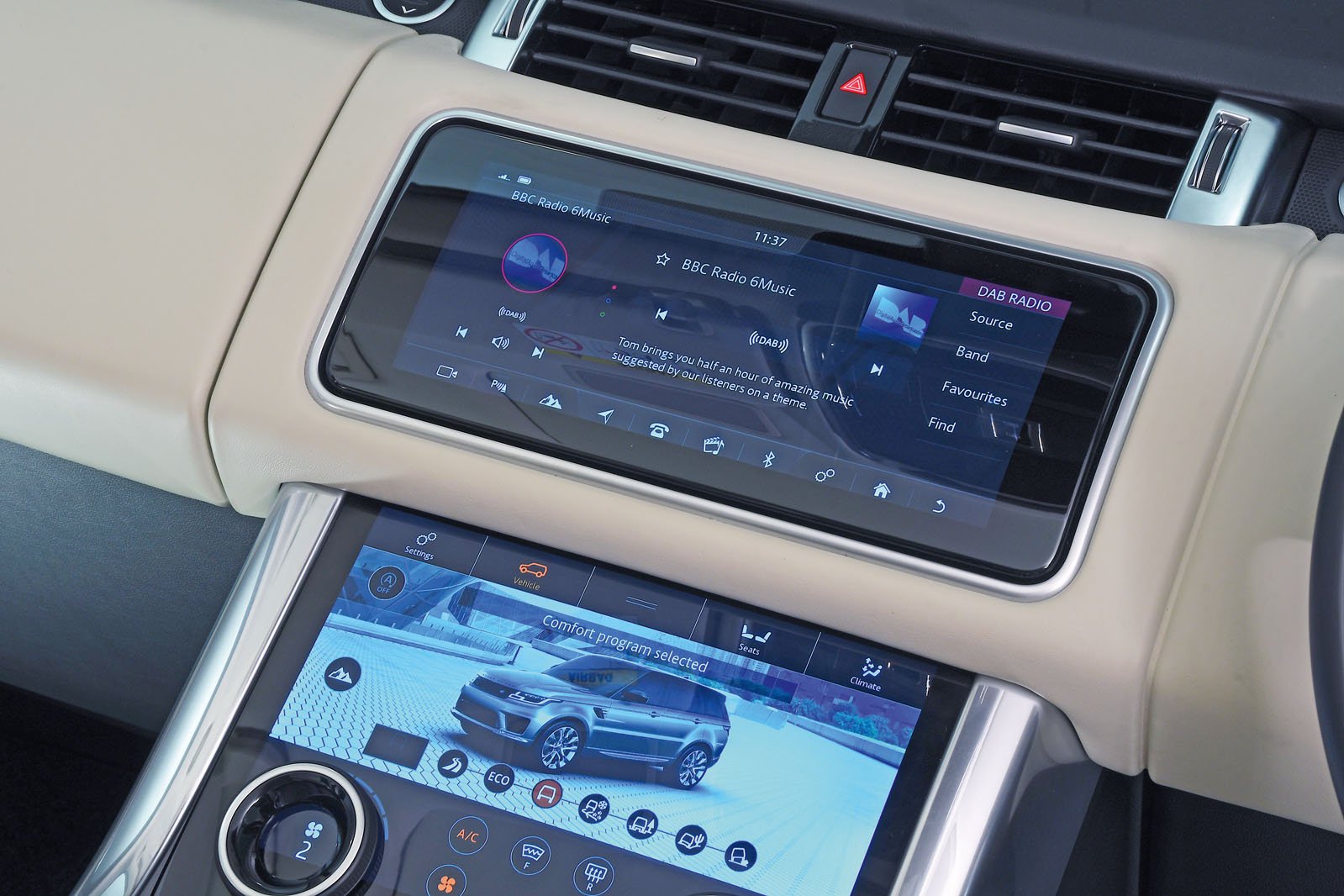 As part of its recent update, the Range Rover Sport got a brand new infotainment system that’s very similar to the one in the sleeker but less practical Velar. The good news is that the screen is high in definition and you can adjust its angle to suit your driving position. Less impressive is how long it can sometimes take for the system to respond to commands. We’d also rather have a physical home button, because the icon that does this job is small and tricky to hit while driving. 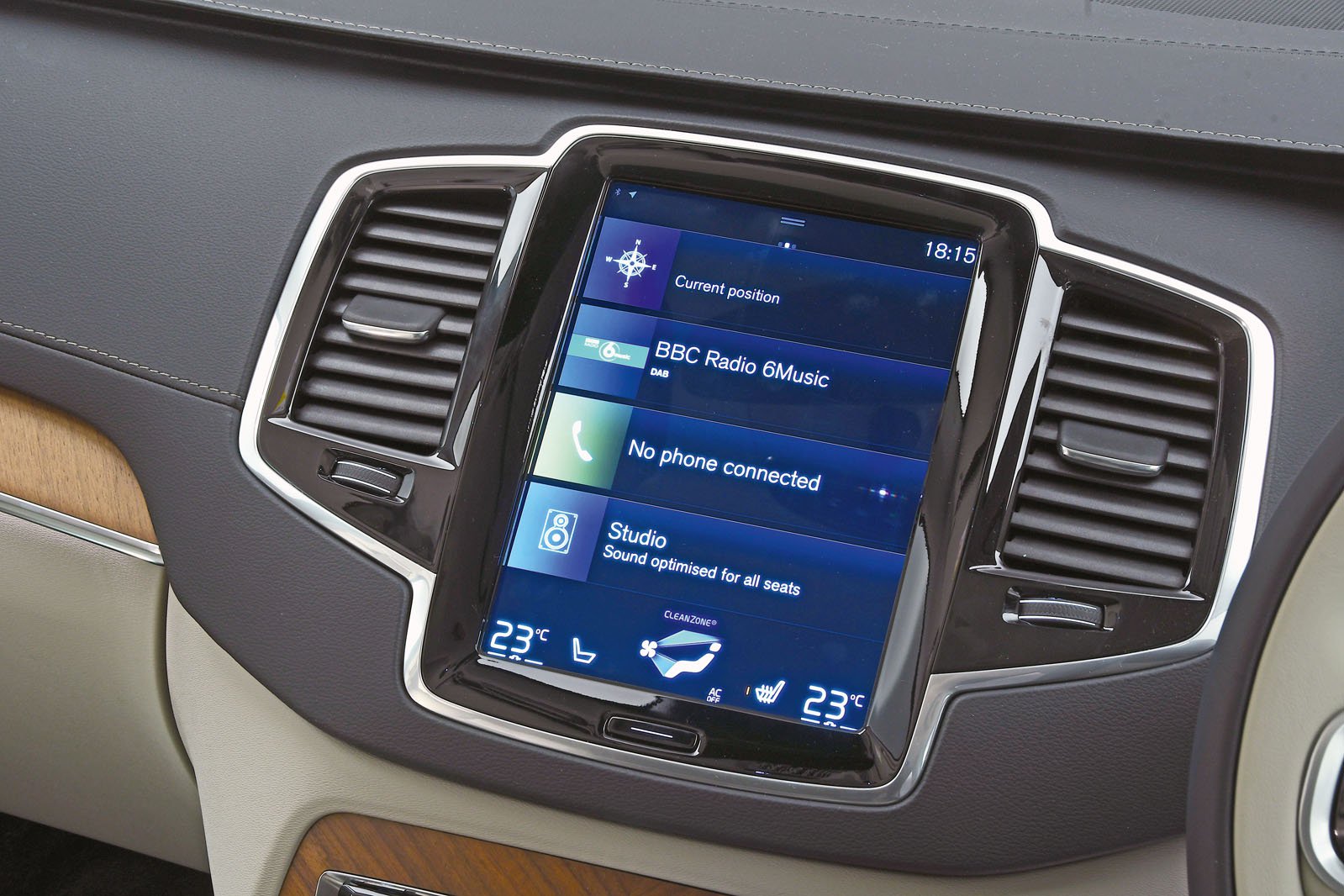 When the XC90 first arrived on the scene back in 2015, we criticised its infotainment system for being fiddly to use while you’re driving. Nothing has changed there – some of the icons are still too small –although the screen is now quicker to respond to inputs. There’s still the occasional pause, but it no longer behaves like a Nokia 3210 trying to run the latest iPhone software. Apple CarPlay and Android Auto smartphone mirroring is available for £300.