If you’re buying privately, the Zoe is eligible for the maximum £4500 plug-in grant from the Government. Factor in the further discounts you can get by haggling and it actually ends up more than £5000 cheaper to buy than the Yaris. Even when you consider the compulsory battery lease on this model (£89 per month, based on 9000 miles a year) and predicted heavy depreciation, the Zoe is still the cheaper car over three years.

Our real-world range test showed the Zoe is capable of 138 miles from a full charge on a mild autumn day (13deg) in a mix of high and low-speed driving. It will go even farther in the summer, but range will drop considerably on frosty February mornings.

However many miles you plan on doing, you’ll definitely want a proper charger at home; Renault includes a 7.4kW wall-mounted charger with every Zoe that can fill the car’s 41kWh battery from empty to 80% in five hours.

Meanwhile, in our real-world True MPG test, the Yaris managed an impressive 80mpg around town, but on faster roads it drinks fuel faster than many regular petrol and diesel small cars. That explains why it averaged a good rather than outstanding 49.2mpg. 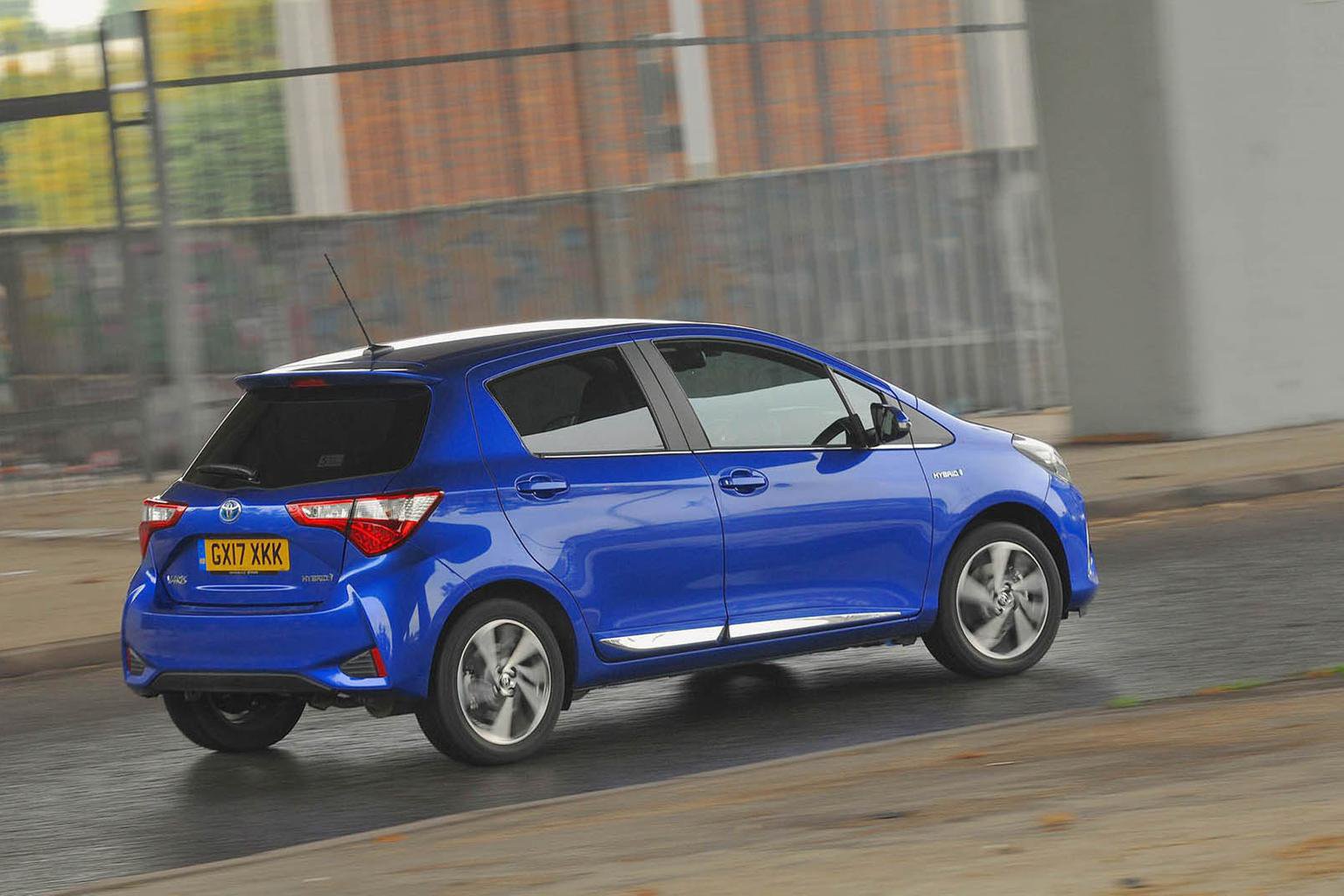 Expect to spend three times more money on petrol for the Yaris than you would on electricity for the Zoe, and the difference will be even greater if you sign up to an Economy 7 electricity tariff to get cheaper power at night.

If you’re buying on PCP finance and do 8000 miles a year, there’s barely anything in it once you’ve factored in the Zoe’s battery lease. However, if you’re a company car driver, the Zoe is much cheaper, and it will be considerably more so from 2020, when the Government is due to slash benefit-in-kind (BIK) tax for electric cars.

There’s not much in it for standard equipment, with both cars offering a decent amount.

Both also hold the maximum five-star rating from Euro NCAP, but a major bonus for the Yaris is that it has automatic emergency braking (AEB) as standard; this isn’t even an option on the Zoe.