More for you |
Used Ford Fiesta long-term test reviewWhat can I do about a security issue on my car? Best cars for less than £250 per monthWhy is my new car’s fuel economy so poor?Top 10 used electric cars
Home
News
News round-up: Land Rover reveals 'transparent bonnet', plus Audi concept and Citroen DS SUV
news 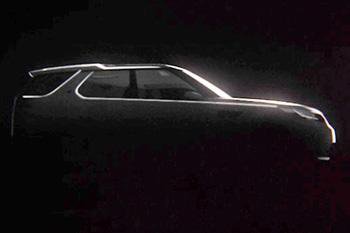 Land Rover
Land Rover has revealed its new ‘Transparent Bonnet’ technology, which will be showcased in the Discovery Vision Concept car at the New York motor show. Video streams from wide-angle cameras in the car’s grille are projected across a head-up display in front of the driver, allowing them to see terrain that would otherwise be hidden from view by the bonnet. The Discovery Vision Concept will be unveiled on April 16.

Toyota
Toyota has announced recalls covering three separate issues on some RAV4, Hilux, Yaris and Urban Cruiser models, which affect 35,124 cars in the UK. There have been no reports of any accidents or injuries relating to the problems. Vehicle owners will be contacted by Toyota within the coming weeks to book their car in at the nearest dealer.

Audi
Audi has revealed design sketches of a new concept car ahead of the Beijing motor show later this month. The rakish SUV shares its styling with the new Audi TT, and could preview a performance model to beneath the SQ5 (the company has already registered ‘SQ4’ as a trademark). The concept may also point towards a potential four-door TT coupe.

Citroen
Citroen will unveil a new DS model at the Beijing show, which is likely to be the production version of the Wild Rubis Concept revealed in 2013. Citroen’s vice-president for D/E-segment cars, Eric Apode, has already told What Car? that the SUV will be ‘a worldwide car, but launched first in China’.

Seat
The Seat Ibiza FR is now available with a 1.4-litre petrol engine that includes cylinder shut-off technology. The 138bhp engine can run on just two cylinders when cruising, or fire on all four when more power is required. The headline figures are 109g/km of CO2, 0-62mph in 7.8 seconds and official fuel economy of 60.1mpg. Prices start at £15,320.