Will the Suzuki SX4 S-Cross make its mark on Mark Pearson after he swaps it for the Qashqai? Also, our VW Golf goes on a tour of the UK and the Range Rover has its work cut out to convert a skept... 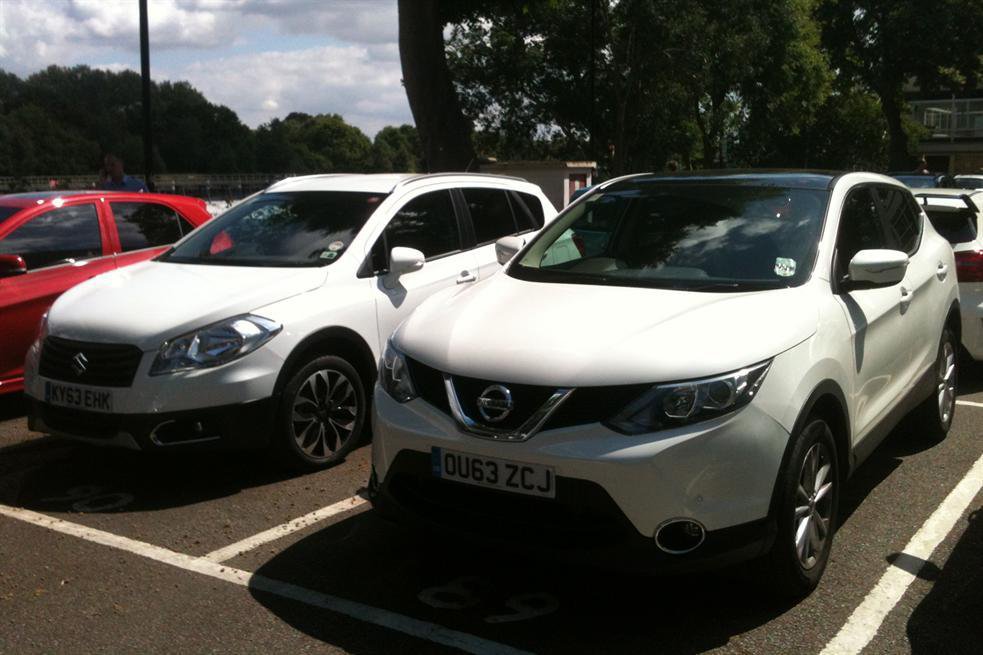 Every day, we take a look at a few of the cars that we are living with. Today, it's the turn of the Suzuki SX4 S-Cross, Volkswagen Golf and Range Rover.

Approached without my glasses on, Michele’s white SX4 S-Cross looks remarkably like my white Qashqai.

This is not wholly surprising – they're roughly similar in size, and aimed at roughly the same sort of car buyer. The Qashqai I’ve come to know and admire, but my experience of the SX4 S-Cross has been more limited, and, although the Suzuki is cheaper and comparisons might be odious, I can’t help but compare the two.

Hopping into the S-Cross straight after the Qashqai it feels more compact, although for most families it’s probably spacious enough. The dark and hard plastics do feel a little cheap, though, especially compared with those in the more considered interior of the Qashqai. I found the central armrest intrusive, too, and I would have liked more rearward adjustment in the driver’s seat – Michele’s husband is a lankier fellow than me, so I must ask her how he copes with it.

Move away though, and the differences between the two become clearer. The diesel engine in the Suzuki is a gruff unit, noticeably noisier than the 1.5-litre engine in my car. Added to that, there’s more bounce and bang in the ride. To drive, it’s straightforward, but totally unrewarding, with a slightly agricultural feel.

The S-Cross might be good value, but to be honest I can’t think why you’d choose it over one of the cheaper Qashqais. I’m going to make sure I keep my glasses on when I approach our car park.

Read all of our updates on life with our Suzuki SX4 S-Cross.

Group picture editor Aaron Smith looks forward to spending some time in our Golf, but will it live up to his high expectations?

Director of testing John Mcllroy spends a long weekend with our Range Rover and finds his affection for the premium SUV growing, but will true love finally blossom?