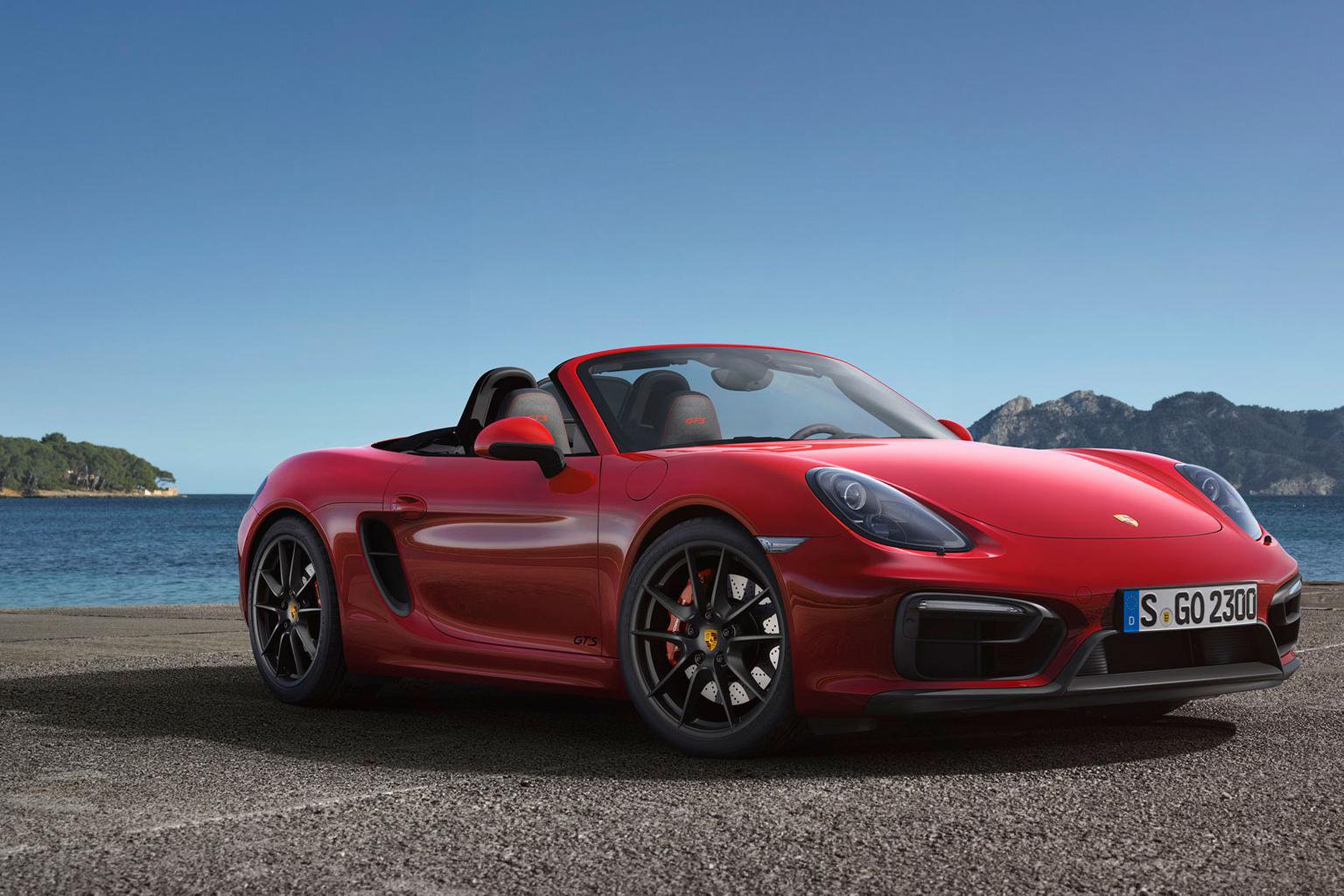 Porsche has revealed the 2014 Boxster GTS and Cayman GTS, which are the new range-topping models of its mid-engined sports cars.

The GTS models are based on the 3.4-litre S versions of each car and get a 15bhp increase in power and 7lb ft increase in torque. The headline figures are 335bhp and 280lb ft for the Cayman GTS, and 326bhp and 273lb ft for the Boxster GTS.

Both cars get a six-speed manual gearbox as standard, but can be equipped with Porsche’s PDK dual-clutch transmission. With the automatic ’box, the Cayman GTS does 0-62mph in 4.6 seconds, while the Boxster GTS manages the sprint in 4.7 seconds.

Official fuel economy for the two GTS models is identical: 34.4mpg for the PDK version or 31.4mpg if you choose the manual.

The exterior changes include a revised front bumper with black finishes around the air intakes, plus black painted 20-inch alloy wheels.

The GTS cars get more equipment as standard than the S models, including Porsche’s Active Suspension Management (PASM) and the Sport Chrono pack. These allow the driver to adjust the stiffness of the dampers as well as the engine’s throttle responses. The other equipment upgrades include adaptive xenon headlights, firmer sports seats and Alcantara trim around the cabin.

The launch of the GTS models coincides with the offer of 20mm-lower sports suspension as a factory-fit Porsche option. It’s also available on non-GTS models if you use Porsche’s Exclusive personalisation programme.

The Porsche Boxster GTS starts at £52,879 and the Cayman GTS costs from £55,397. Both cars are on sale now and will arrive at dealers for test drives from May.