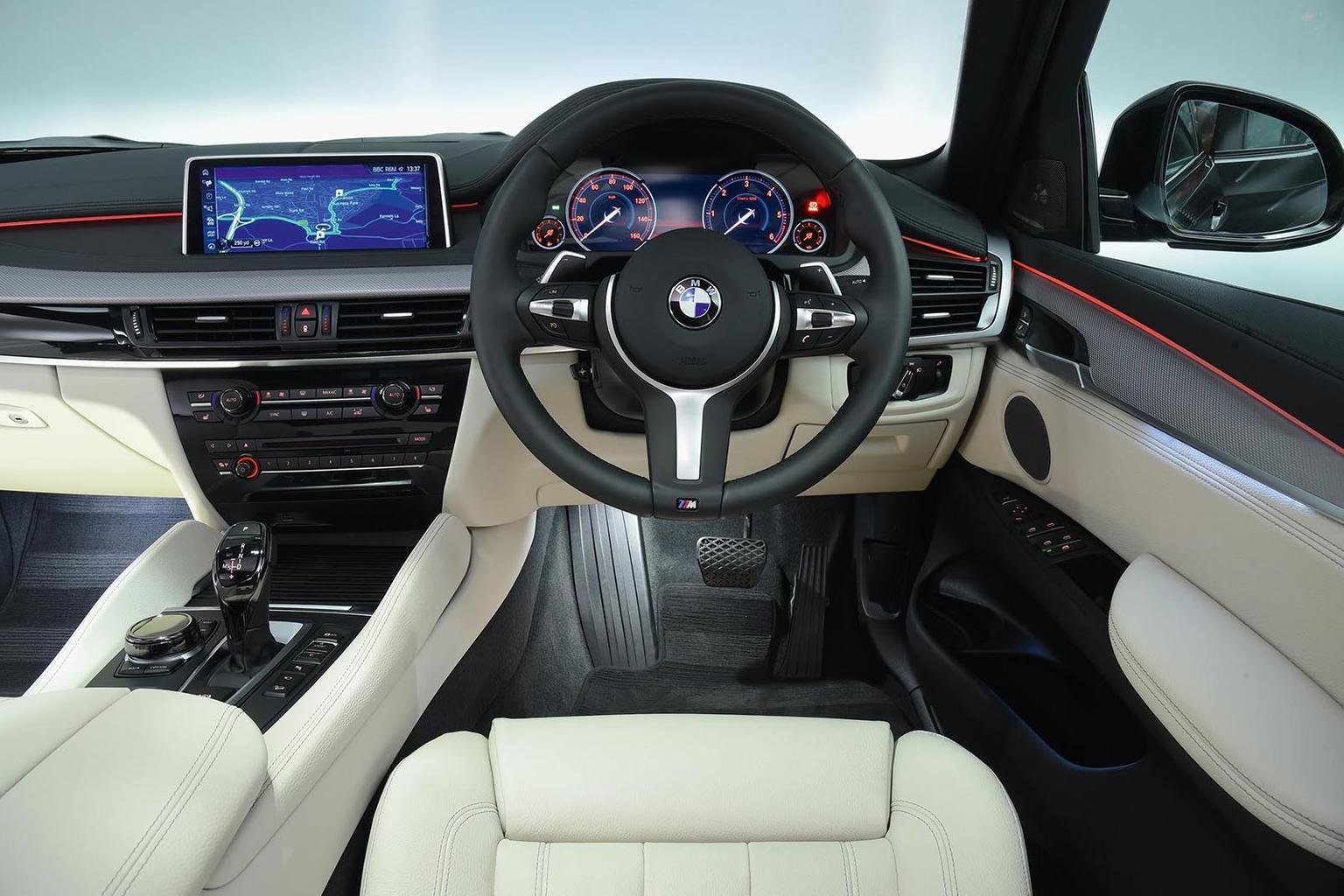 Both of these luxury SUVs feature electrically adjustable front seats and steering columns. Most drivers will find it easier to get comfortable in the Velar, though; its driver’s seat has plenty of lower back and under-thigh support and its pedals line up better with the seat.

The X6 misses out on adjustable lumbar (it’s a £275 option), so expect lower back support to be less than ideal unless you add it. But on the plus side, its front seats have bigger side bolsters than the Velar’s, so hold you in place more effectively when cornering.

Unlike the boxier full-sized Range Rover and Sport models, the Velar’s driving position is slightly lower relative to its window line. However, forward visibility is still very good, with slim pillars and deep windows ensuring roundabouts and junctions can be tackled confidently. The view behind is more obstructed, mainly by those thick rear pillars and that rising window line. 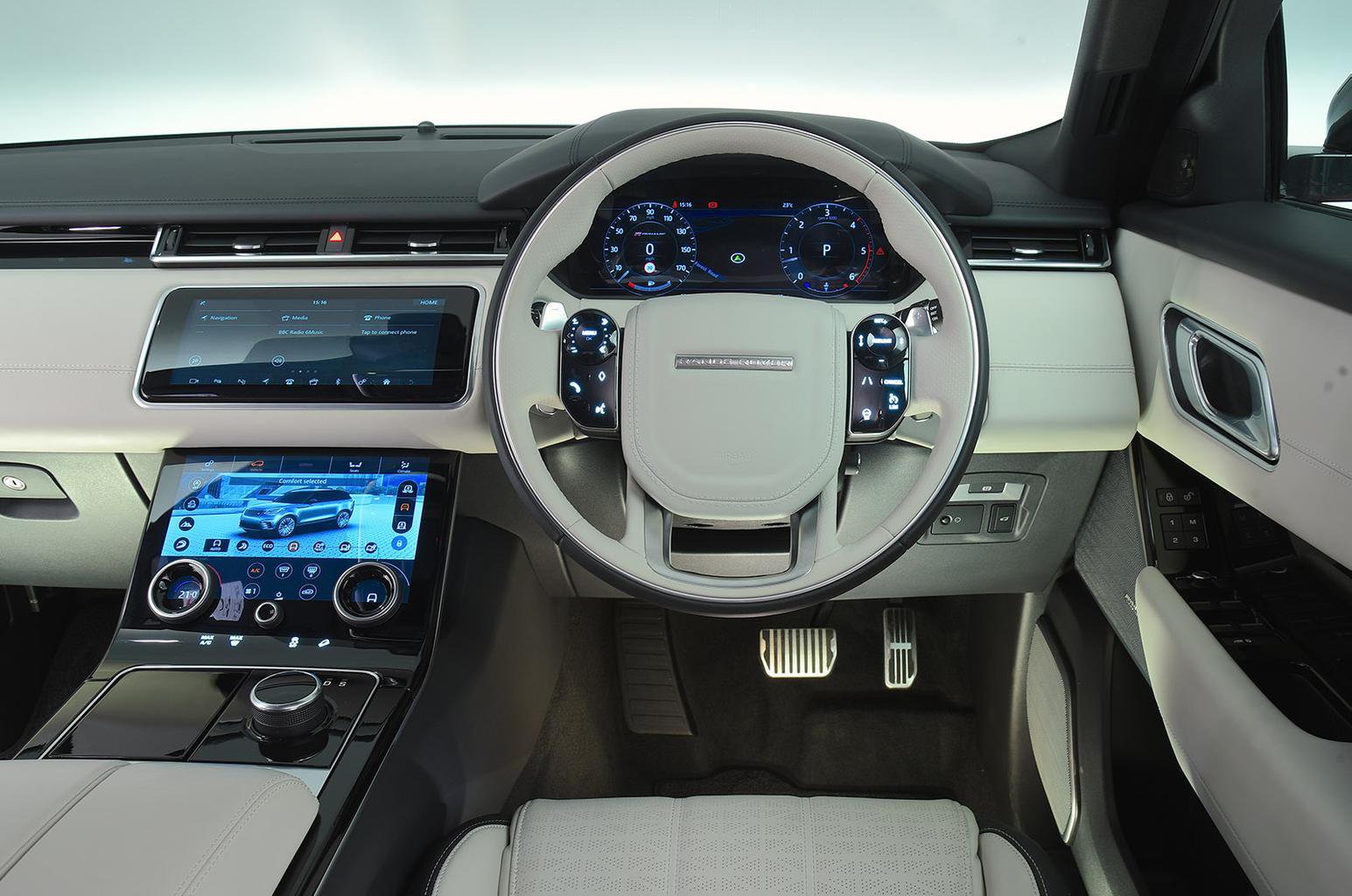 Like the Velar, the X6’s forward view is generous, but its pinched rear end means over-the-shoulder visibility is even worse. So, it's good news that both cars come with rear parking sensors and a rear-view camera as standard to help with reversing.

When spending this sort of money, a luxurious, high-quality interior should be expected, and the Velar delivers, especially with our test car’s Extended Leather Pack (£1165), which wraps the dashboard top, instrument binnacle and door tops in sumptuous material.

It isn’t all for show, though, because the Velar’s interior feels solidly constructed. Only a few bits of scratchy plastic lower down on the dashboard, doors and around the front centre armrest seem out of place in such a pricey car.

The X6 feels less plush inside, but a facelift has brought it within striking distance. There’s a pleasing amount of leather on the dashboard and doors, along with classy silver accents, but the cheaper-feeling plastics lower down stand out, as do a few flimsy switches.