Our UK drive of the Seat Ateca 2.0 TDI 190 4Drive reveals that its range-topping four-cylinder diesel is a strong performer, but it isn't the engine we’d choose...

The Seat Ateca may well have been the Spanish brand's first foray into the SUV market, but you wouldn’t know it from looking at its incredible short-term success. Underpinned by the same platform as the classy Volkswagen Tiguan and practical Skoda Karoq, the sporty Ateca has really struck a chord with buyers.

Yes, other rivals such as the Nissan Qashqai offer lower CO2 emissions, and the Kia Sportage and Hyundai Tucson offer a strong range of engines along with excellent levels of practicality. And yet, it’s the car that was late to the party that is receiving all the attention.

Here, we're reviewing the range-topping 2.0 TDI 190 with four-wheel drive and an automatic gearbox, because an increasing number of buyers are opting for the highest trim and engine configurations. The 187bhp 2.0-litre diesel engine has been available since the Ateca’s launch last year, but this is the first time we have experienced it on British roads. 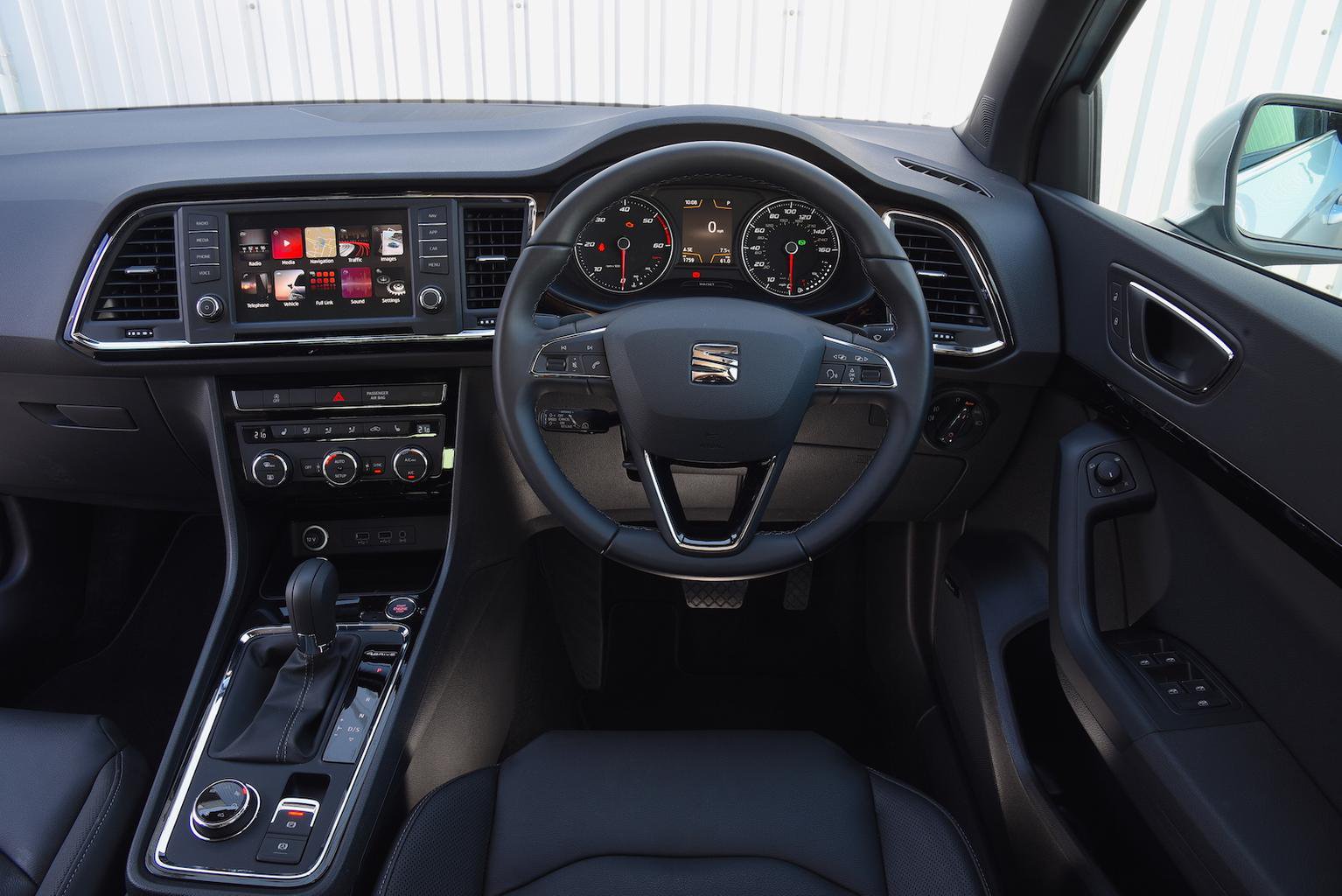 It only takes a few minutes behind the wheel to understand why the Ateca has acquired numerous accolades and group test wins. From the progressive brakes to the electric steering, all the controls feel accurate and well judged. On the 19in wheels of our test car, turn-in is crisp, with precise steering allowing you to place the front end exactly where you want it. And unlike other top-heavy SUVs, body roll is kept to an absolute minimum, thanks to firmer suspension than you’d find in rivals such as the Nissan Qashqai and Peugeot 3008.

Now, don’t get us wrong: the Ateca is far from a hot hatch, but on the right road, you could give the odd Ford Focus driver a run for their money. Longer crests and compressions are dealt with in a controlled manner, and thanks to a standard fit four-wheel drive system (on the 190 model), traction out of corners is virtually unbreachable.

That said, straight-line pace is not what you’d call scintillating. Despite producing 187bhp, this 2.0 TDI engine still feels best when working away at lower revs. Leave the seven-speed dual-clutch automatic gearbox to do its own thing and, thanks to a great slug of torque available just beyond 1750rpm, you’ll enjoy a pace that is brisk enough for any real-world situation.

It’s worth noting, however, that the Ateca's gearbox is not the smoothest unit on the market; the eight-speed automatic in the BMW X1 is crisper and more predictable. When pulling out of intersections, performing low-speed parking manoeuvres or creeping along in slow-moving traffic, the gearbox can be hesitant and jerky. Thankfully, things improve on the move. Shifts are well judged and slick, with paddles behind the steering wheel allowing you to take control of your gear selection manually. 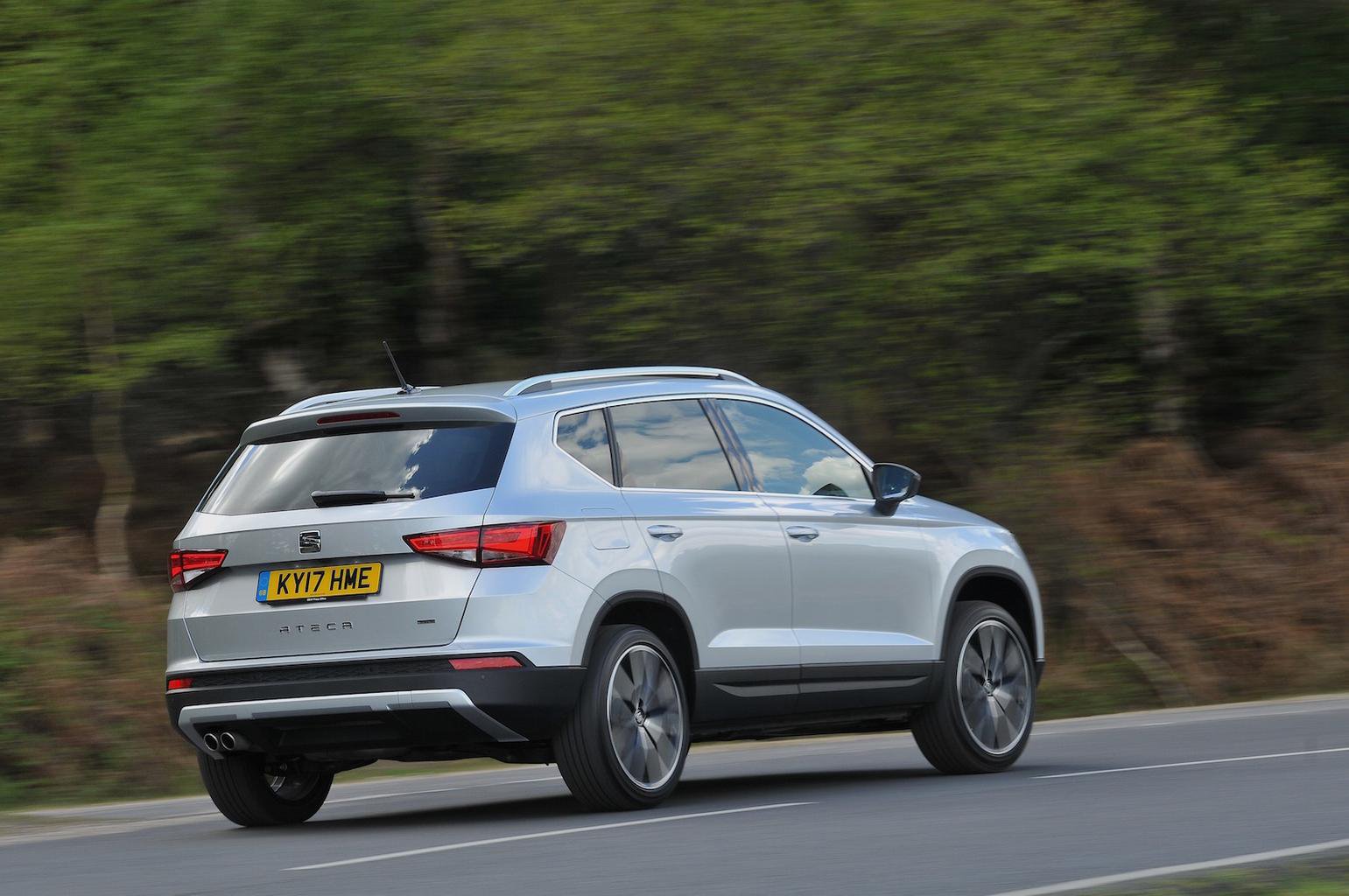 The Ateca’s interior will be familiar to anyone who has experienced the current Leon – a design that is now in its sixth year of service. With a mix of hard and soft plastics, it’s certainly not as luxurious as the VW Tiguan, but then again, the Seat is the significantly cheaper SUV.

Opt for Xcellence trim and the cloth seats are replaced with plusher leather ones, with higher-spec cars also receiving attractive piano black trim to replace less attractive matt black areas. The 8.0in infotainment touchscreen, borrowed from the VW Group parts bin, also helps to lift the cabin and is packed full of smartphone functionality. 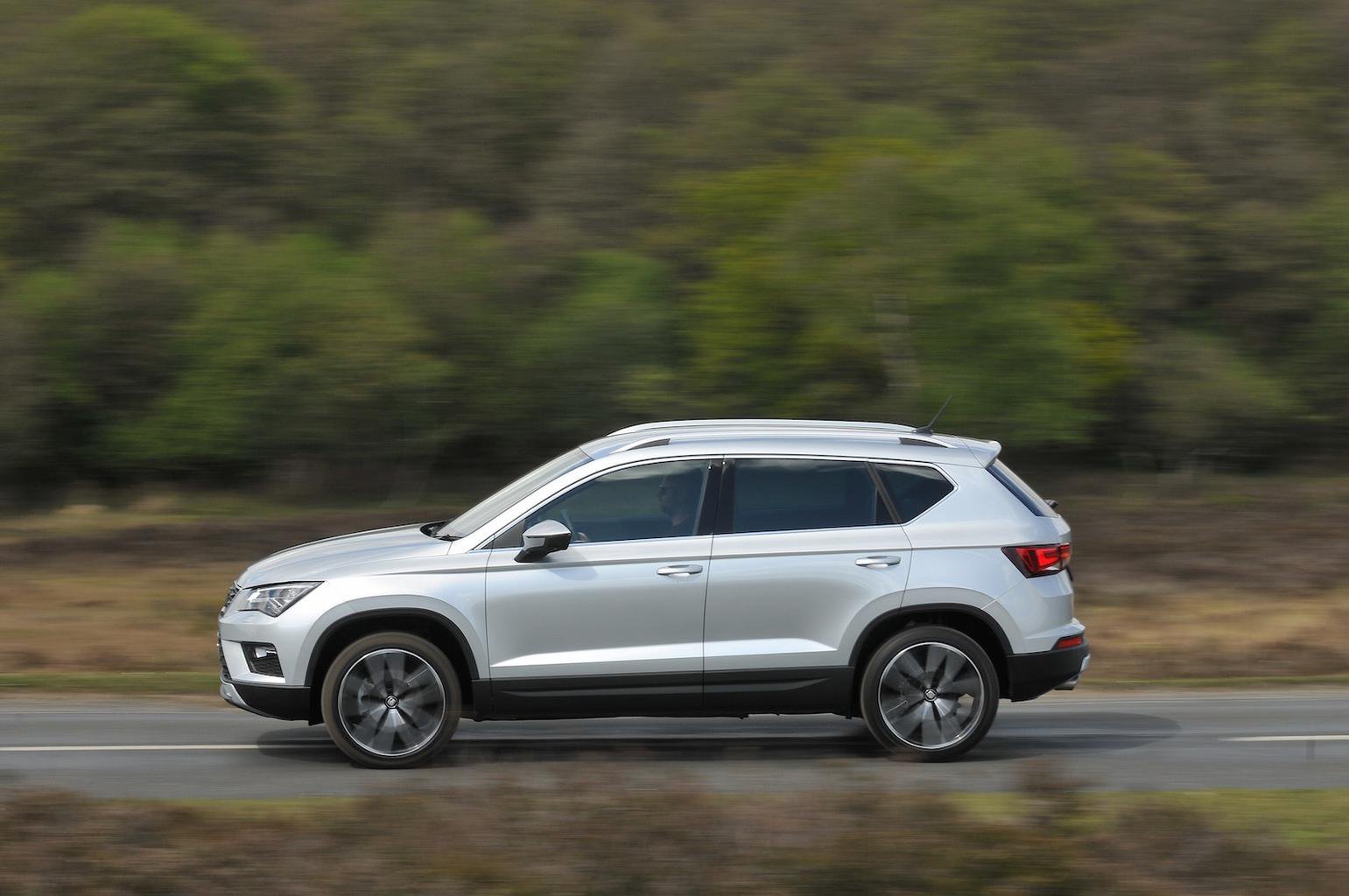 In the back seats, there’s space for three adults, with generous levels of head and leg room allowing occupants to spread out. It doesn't offer the flexibility of the sliding and reclining back seats that feature in the Tiguan and new Karoq, though.

Nor is the boot quite as big as that of the Skoda (which has removable Varioflex rear seats), although you’ll squeeze more in the Ateca than you would in most other rivals. The fact that the Seat’s boot is a good, square shape with a wide aperture and virtually no load lip makes it easy to load, too.