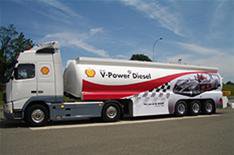 Talks aimed at preventing a four-day strike by tanker drivers who deliver fuel for Shell are to continue today.

After meetings with employers on Wednesday, members of the Unite union, which is representing around 600 drivers, failed to reach a deal to end the pay row.

If their walkout goes ahead on Friday morning, it will affect Shell's 1000 forecourts across the UK, which make up about one in 10 fuel stations in the UK. The strike is set to continue until Tuesday morning.

The Government has urged motorists not to panic-buy fuel in response, fearing shortages over the weekend.

However, the drivers' employers, Hoyer UK and Suckling Transport, said their latest offer of a 6.8% pay rise would increase drivers' average salaries to about 39,000 a year.