The Octavia has always been one of our favourite family cars, and this latest one promises to be more versatile than ever. Let's see how it fares in day-to-day use...

Needs to Be just as practical as its predecessors, comfortable in all situations, a relaxed motorway cruiser and relatively cheap to run

Like quite a few Skoda models past and present, the Octavia is something of an anomaly. Technically, it’s classed as a family car, competing with the likes of the Ford Focus, Seat Leon (our current class favourite) and Volkswagen Golf, but in terms of size it’s a fair bit bigger than those rivals – or, more specifically, longer, to the tune of around 30cm – and barely any smaller than executive saloons such as the BMW 3 Series. 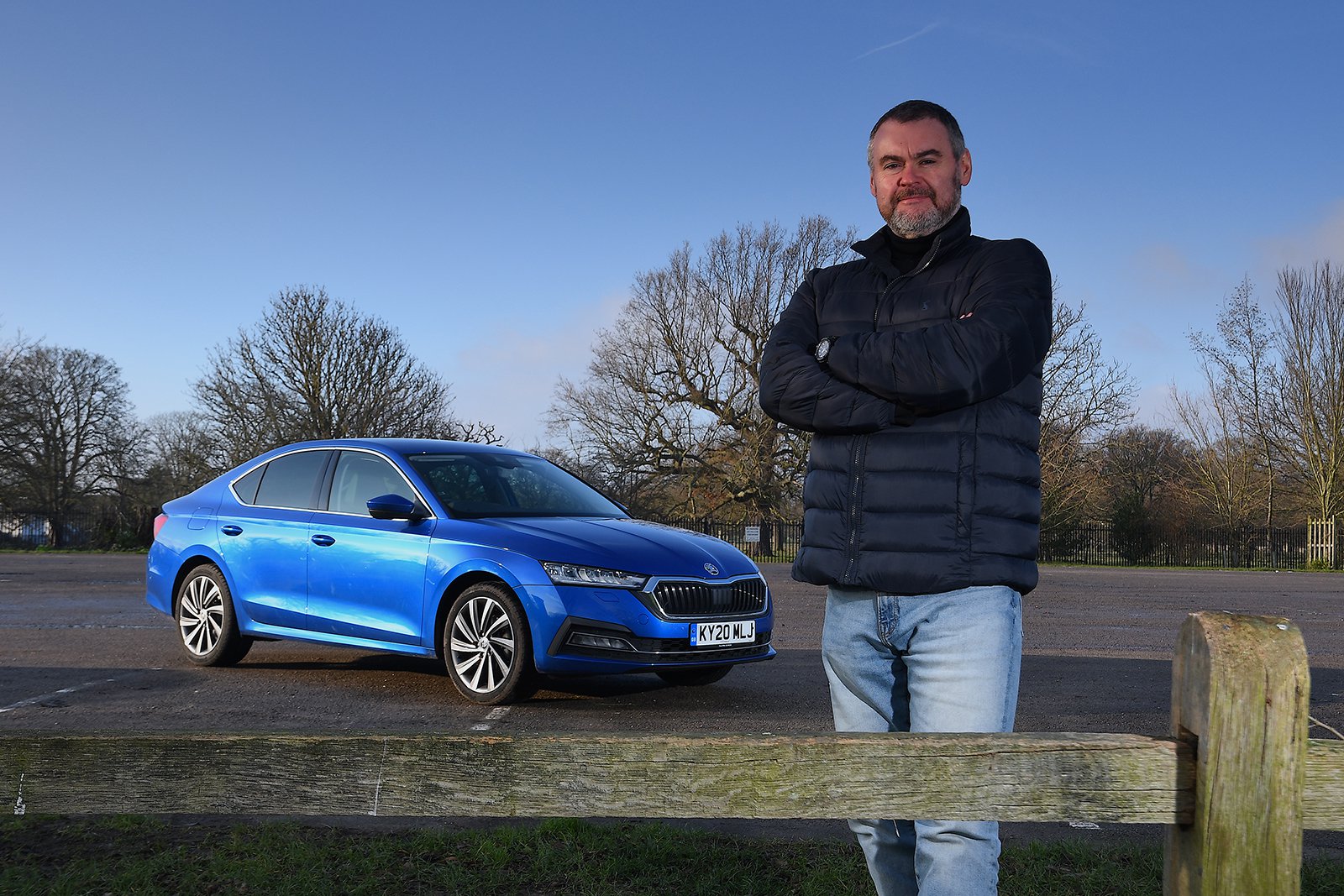 That’s always been the case to a certain extent with the Octavia, but with this latest generation it really does feel like it aspires to be a junior executive car, rather than being satisfied with its traditional role as an exceptionally practical, functional family runabout. The arrival of the cheaper Scala in the same class has allowed the Octavia to be pushed father upmarket, with far more evidence of premium materials, glitziness and desirable technology on the inside than in any of its more utilitarian predecessors, and that's a big part of the reason why I'm keener to run one than I might have been previously.

Still, some things never change – and that includes the Octavia’s freakishly large boot. To give you some sense of scale, in our previous tests, we’ve successfully fitted 10 carry-on suitcases into the Octavia’s boot beneath the parcel shelf – four or five more than the norm for the family car category and a higher tally even than what all but the most capacious large SUVs can manage. Here, more than anywhere else inside, is where that extra overall length manifests itself. The boot is a whopper, and it’s easily accessed via a large, sloping tailgate. 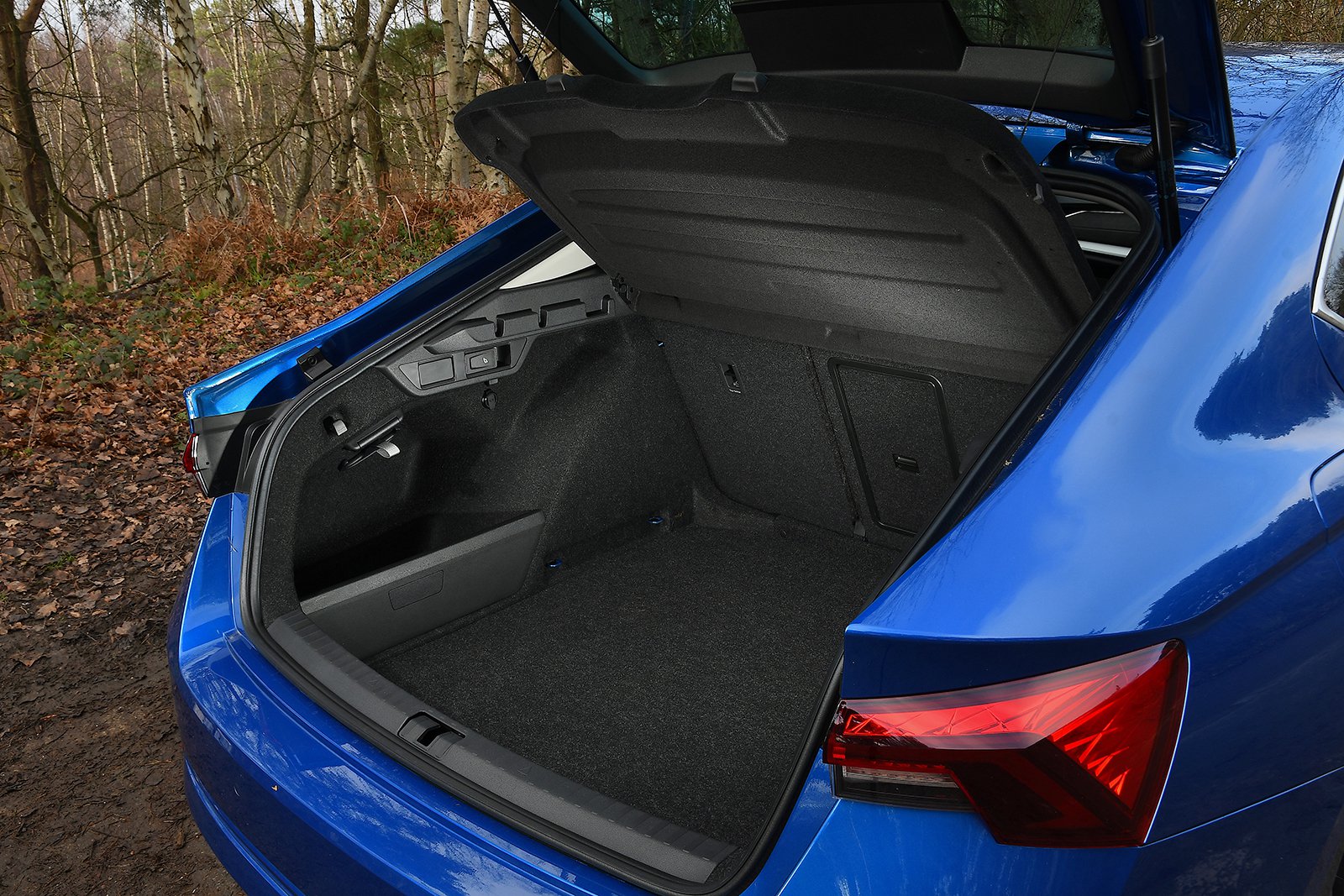 While there are a couple of diesel engine options for high-mileage drivers, plus a plug-in hybrid, I’ve gone for our recommended 148bhp 1.5-litre turbo petrol engine in my Octavia, because it combines smooth, punchy performance with the promise of impressive fuel economy, thanks to features such as cylinder deactivation (which shuts off two of the four cylinders under light loads to conserve fuel). A six-speed manual is the only gearbox available in this particular spec, and it’s perfectly pleasant to use, although I’m already thinking that an automatic ’box might have suited this car better – something you can have with some of the other engine options.

SE L First Edition trim comes with an impressive number of toys, including adaptive cruise control, keyless entry and start, an electrically adjustable driver’s seat with memory function, heated and folding door mirrors, LED lights all round, a digital instrument panel, front and rear parking sensors, blindspot monitors, lane-keeping assistance and a ‘Columbus’ infotainment system with a bright 10.0in touchscreen. Part of the reason for opting for this trim was because it comes with attractive ‘microsuede’ upholstery on the seats and across the dashboard, contributing to that upmarket ambience I mentioned earlier. 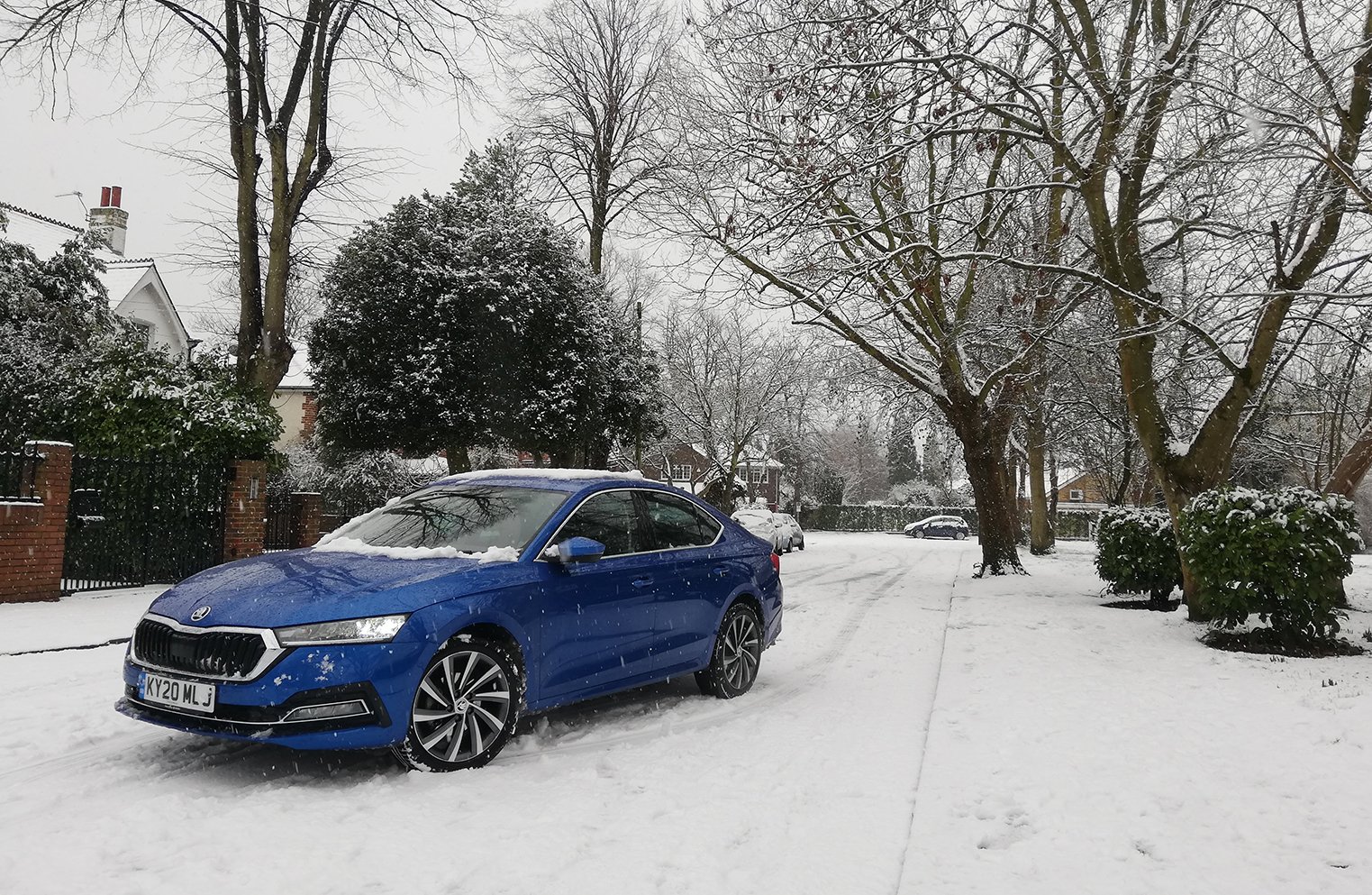 I considered adding Dynamic Chassis Control adaptive dampers (£945), to give me the option of stiffening or softening the suspension depending on mood or circumstances, but in the end I decided they weren’t necessary. The soft, relaxed regular setup appears to have the comfort side of things covered, and the Octavia isn’t the sort of car that encourages a blast down a twisty country road, no matter how stiff I might be able to make the suspension.

Instead, I’ve opted to add 18in ‘Perseus’ alloy wheels (17s are standard), a parking assistance pack, a space-saver spare wheel and a rear window wiper, while the paint colour is Race Blue, a relatively bright hue that looks good on the Octavia. That modest list of extras takes the list price from £25,150 up to £26,950 – still great value when you consider all that the Octavia has to offer. 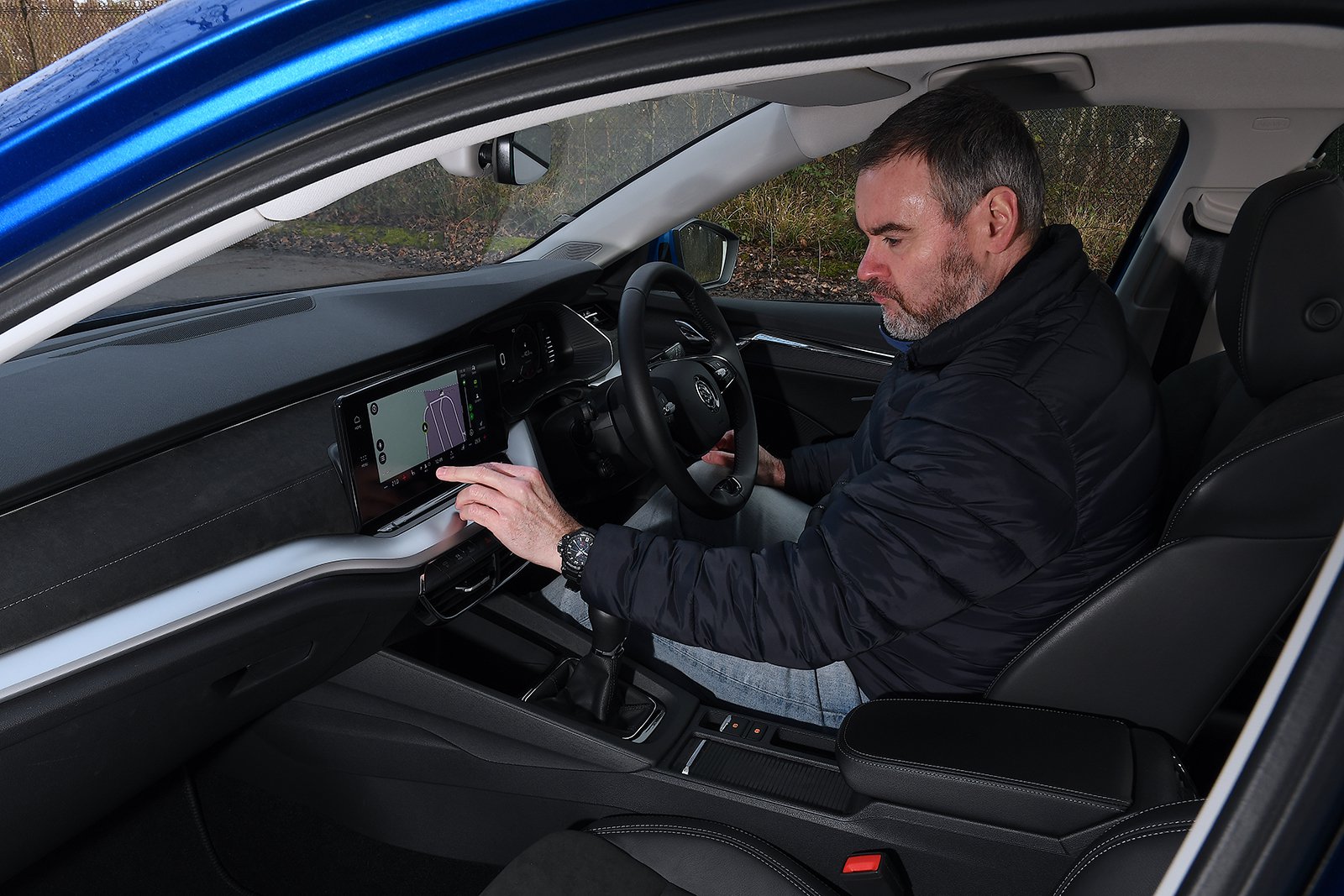 We know from previous experience that the uncluttered design of the interior, with many of the old physical knobs and switches now replaced by touch-sensitive controls, isn’t necessarily a step in the right direction in terms of usability, so it’ll be interesting to see how I get on with all of that. My initial impressions of the infotainment system in particular aren't exactly positive, but I’ll reserve judgement for now. As long as the Octavia can deliver on its promises of being practical, comfortable and a relaxed motorway cruiser, with sensible running costs, I’ll be happy.