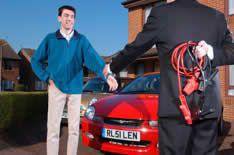 Dodgy dealers are continuing to tarnish the used car industry after a record number of complaints.

Independent used car dealers accounted for over 5% of total complaints to Consumer Direct, while car servicing and repairs from independent garages accounted for just under 2%. Second-hand cars from franchised dealers made up 1.6% of complaints.

Later this year, the Unfair Commercial Practices Directive will start to come into force. This European scheme will eventually replace 22 UK laws and help protect buyers from a wide range of dodgy sales tactics.

However, the change over will not happen immediately, and the scheme could take several years to operate effectively.