With spring in the air, a used convertible is a tempting prospect, and these three family-friendly four-seaters shouldn’t break the bank... 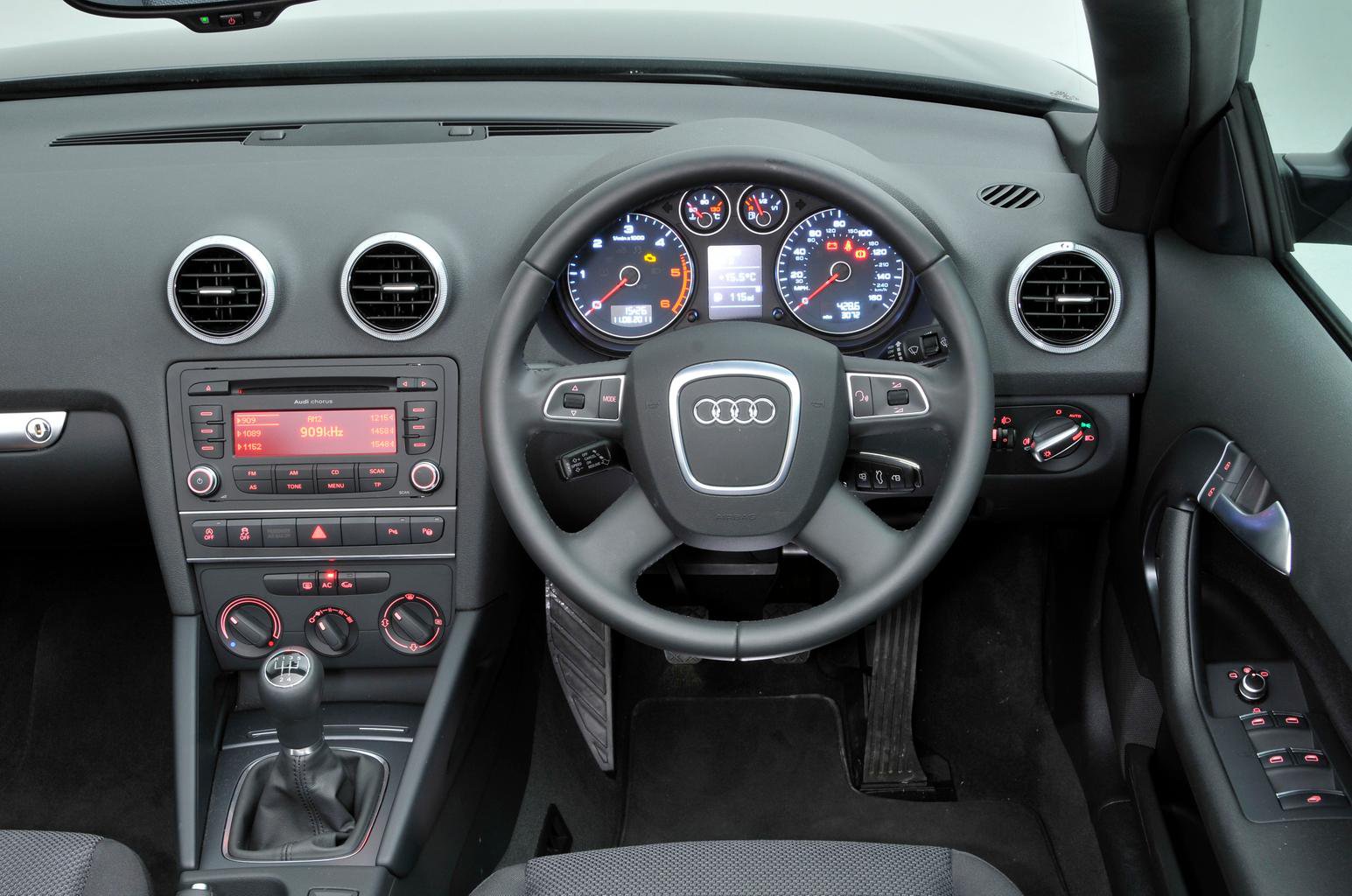 Most of the Volkswagen Golf Cabriolet’s interior is lifted straight from the hatch, but this is no bad thing. It’s built to an impeccable standard from top-notch materials, while the rotary ventilation controls and touch-screen entertainment and navigation system are simplicity itself to use. The only irritation is the LCD screen, which can be difficult to read in sunlight.

You’ll have the same problem in the Peugeot 308 CC, on top of which its steeply angled centre console forces you to stretch to reach the stereo controls. However, the simple knobs for the air-conditioning are within easy reach, and most of the interior plastics are classy.

The Audi A3 Cabriolet is similarly smart. Its dashboard plastics feel solid and are nicely textured, even if they’re not quite as plush as the Golf’s. What’s more, most of the A3’s switchgear is big and clearly labelled.

All three cars have plenty of space up front, and each offers a wide range of seat and steering wheel adjustment. Unfortunately, the 308’s driving position is flawed because the steering wheel is offset to the left and the pedals to the right of the driver’s seat. The A3 and Golf also have slightly offset pedals, but neither car leaves you struggling to get comfortable like the 308.

Back-seat passengers will be reluctant to travel far in the 308 because head and knee room are extremely tight. There’s far more space in the rear of the A3 and Golf; they’re genuine four-seaters.

When its roof is up, the 308 offers almost twice as much boot space as its rivals. However, its roof folds down into the boot, whereas the hoods of the A3 and Golf concertina into a separate area, so all three cars can swallow a similar amount of luggage in open-air mode. 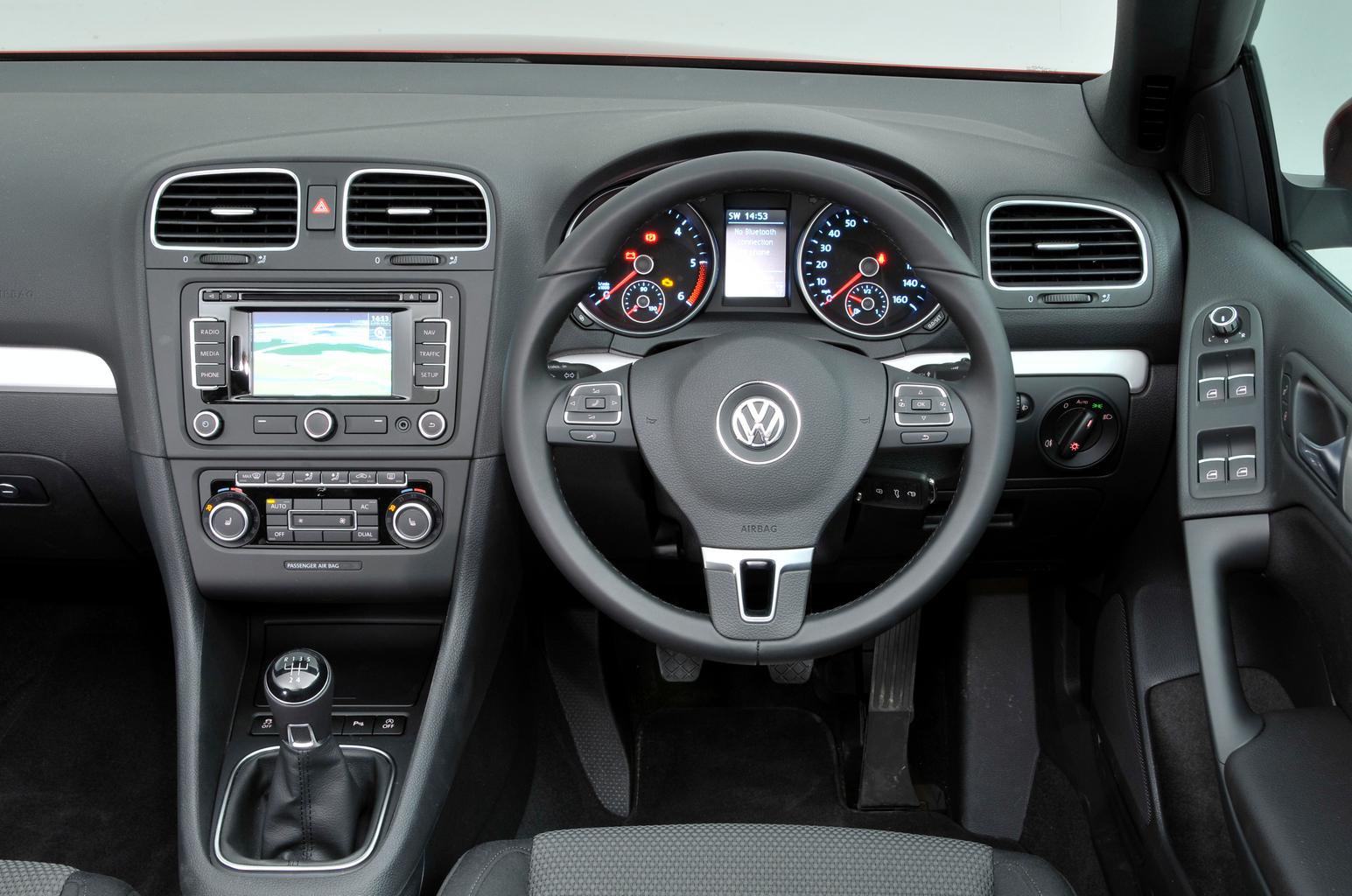 If you need extra cargo space, you can fold down the rear seats of the A3 and Golf, leaving a gap through which you can load longer items. However, the 308 doesn’t have this feature.

Aside from better security, the main upside of the 308’s metal roof is that it has a bigger rear window than a fabric hood, and consequently has better roof-up vision. The A3 is hardest to reverse, roof up or down, because its fixed roll hoops obstruct your view. It’s also the only one that doesn’t get parking sensors as standard. 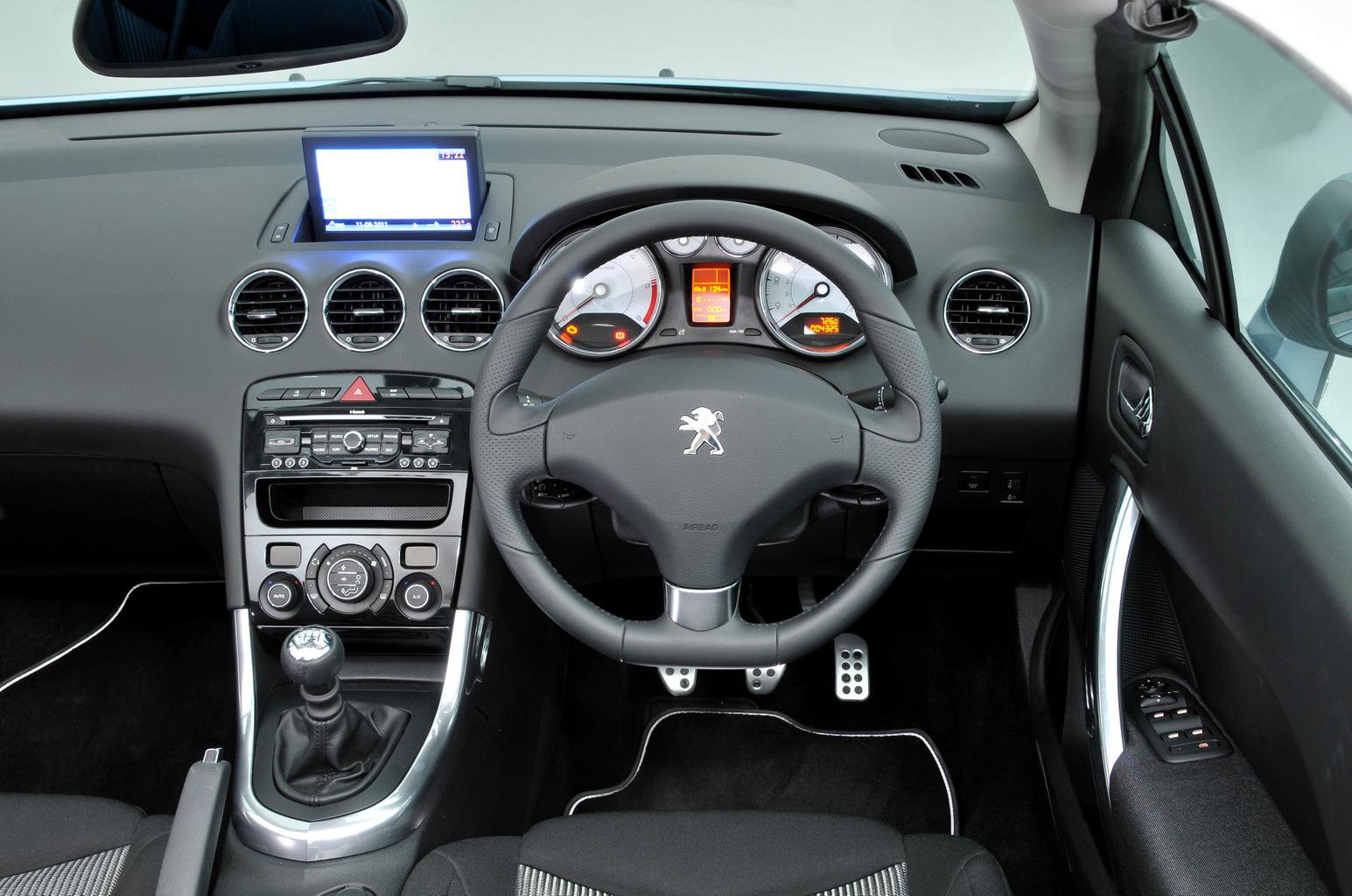