Buy either of these large and practical seven-seat SUVs at a couple of years old and you'll save yourself some cash, but which one deserves your money?...

The first thing that’ll probably catch your eye in either car is the sparkly digital instrument panel behind the steering wheel. Forget old-school analogue dials; these new-age screens can place loads more useful information close to your line of sight. 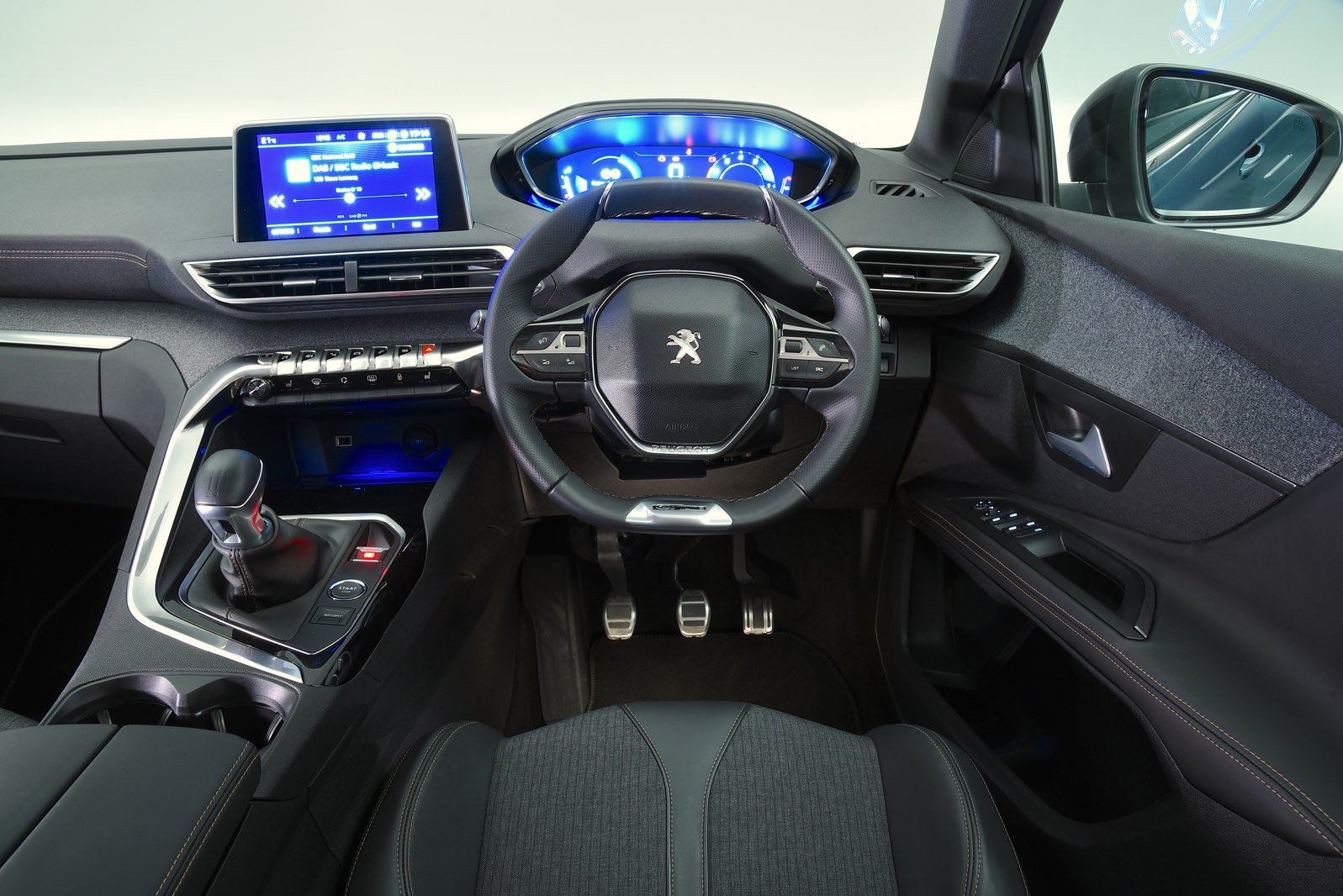 Within certain boundaries, you can customise the screen to show the things you want it to. You can view sat-nav directions, for example, or scroll through playlists and radio stations using buttons on, or behind, the steering wheel – a process that’s generally more intuitive in the Tarraco.

The 5008’s 8.0in touchscreen is mounted high up on the dashboard, so it’s easy to see without taking your eyes too far from the road. However, the system can be sluggish to respond to commands. The fact that the screen also controls the air conditioning system is annoying, too. You get plenty of gadgets, though, including Apple CarPlay and Android Auto smartphone mirroring. 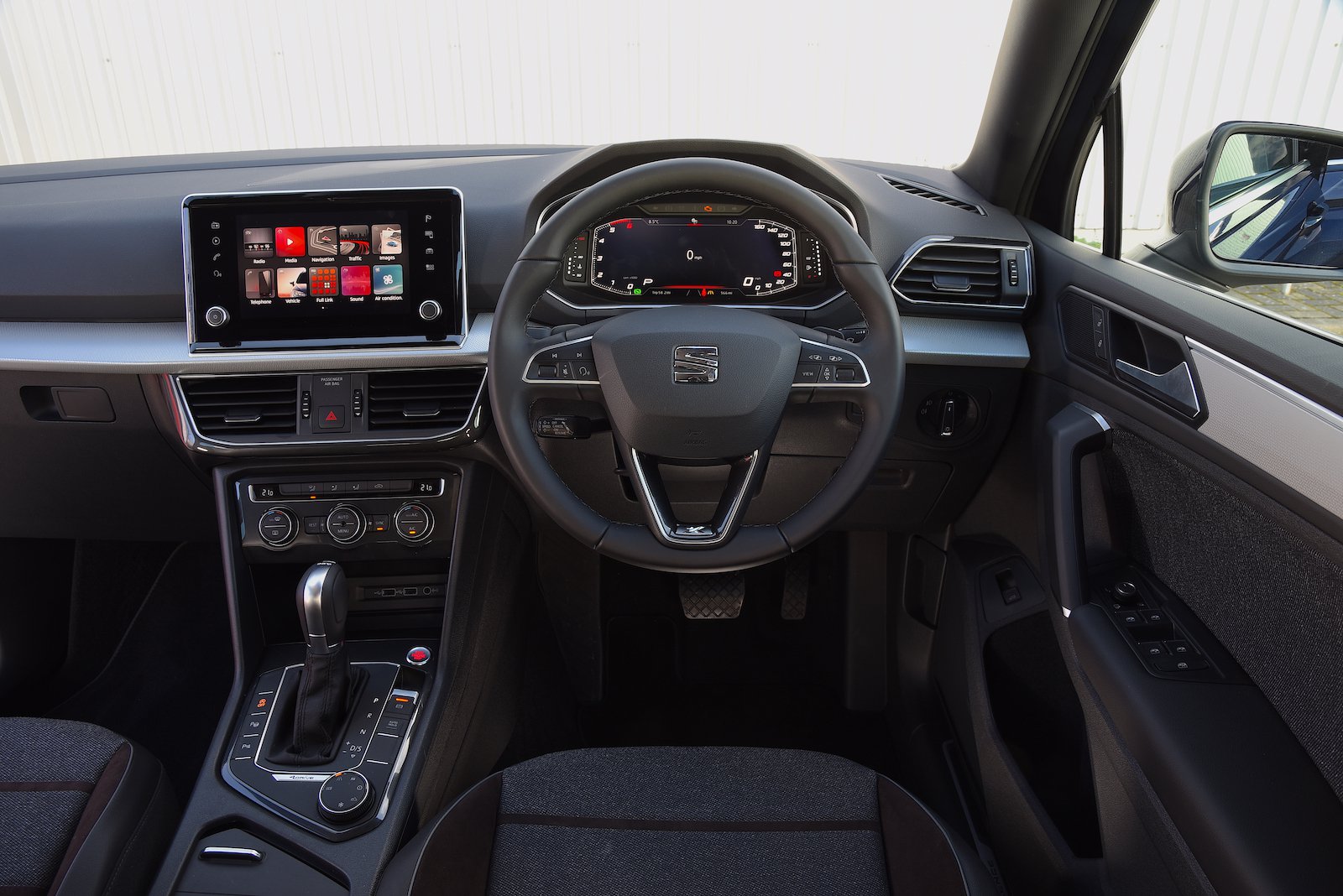 The Tarraco’s 8.0in touchscreen is much quicker to respond than the 5008’s and has sharper graphics. Seat’s operating system is also simpler and more logical than Peugeot’s, and you still get plenty of gadgets, including smartphone mirroring. With a total of three USB sockets, most of the family can charge their phones simultaneously, too.

The 5008 has an unusual driving position in that you view the instruments over, rather than through, the steering wheel – which happens to be barely any bigger than a dinner plate. This curious arrangement soon starts to feel like second nature, though, and there’s plenty of movement in the seat and steering wheel to allow drivers of all shapes and sizes to get comfortable.

Both cars come with adjustable lumbar support as standard to help ward off lower back pain on longer journeys, but the Tarraco’s seat holds you in place noticeably better through tight corners, while its driving position is equally as adjustable as the 5008’s.

You’ll expect a fairly posh interior for your outlay – and in the 5008 you get one. The design of its dashboard is suitably dramatic and the materials used throughout feel really upmarket. Our only criticism is that some of the interior panels don’t line up quite as well as they might.

In pure build quality terms, the Tarraco has the edge and its interior is undoubtedly the best we’ve seen yet from the Spanish manufacturer. Our only complaint here is that the plasticky air conditioning controls, borrowed from the cheaper Ateca and Leon, feel a little out of place.

But there are some key differences. Let’s start with the seats in the middle row, which in the 5008 are each of equal width and can be slid back and forth individually, allowing you to free up knee room for people sitting in the third row when needed. The middle-row seats in the Tarraco have a sliding function, too, but only move in a 60/40 split, plus the centre seat is narrower than the outer two, so it isn’t especially comfortable to sit on.

What’s more, only the Tarraco’s outer middle-row seats have Isofix mounting points, whereas all three in the 5008 can take a child seat. Mind you, the Tarraco does have a third mounting point on its front passenger seat, so both cars have three Isofix points in total.

Slide the middle-row seats all the way back in both cars and you’ll find there’s significantly more knee room in the 5008. There’s more head room, too, although still just about enough in the Tarraco that a six-footer won’t need to duck. It’s also worth noting that our test Tarraco was equipped with a panoramic sunroof (a £960 option when new), which didn’t help matters. If you find a 5008 with this option the rear head room becomes notably bad.

You won’t look very elegant clambering into the third row of either car, but once you’ve managed to get back there, you’ll find lots more leg and head room in the 5008. The rearmost seats in the Tarraco are strictly for emergencies and no more accommodating than those in a Volkswagen Tiguan Allspace.

The 5008 wins for boot space, too. In seven-seat mode, its leftover luggage space is more usable, thanks to a flat floor, whereas in the Tarraco there’s an annoying hump to work around. Meanwhile, in five-seat mode and with the second row slid all the way back, the 5008’s boot is taller, longer and, in the main, wider. We managed to fit 10 carry-on suitcases below the tonneau cover, compared with just eight in the Tarraco.