The Volkswagen ID Buzz mixes a long range and a practical interior with lots of tech and even the promise of low running costs... In times gone by, having a large family meant that you had relatively little choice when it came to a new runabout. You had an assortment of boxes on wheels to choose from, cars that, aside from their immense practicality, didn’t have much else going for them. Even today, a van-based MPV that mixes green credentials, acres of space and a fine drive is virtually unheard of. The Volkswagen ID Buzz changes that.

For starters, the ID Buzz is electric, and its 77kWh battery pack means it can officially take you up to 258 miles on a charge, beating such rivals as the Citroën e-Berlingo and Mercedes EQV. 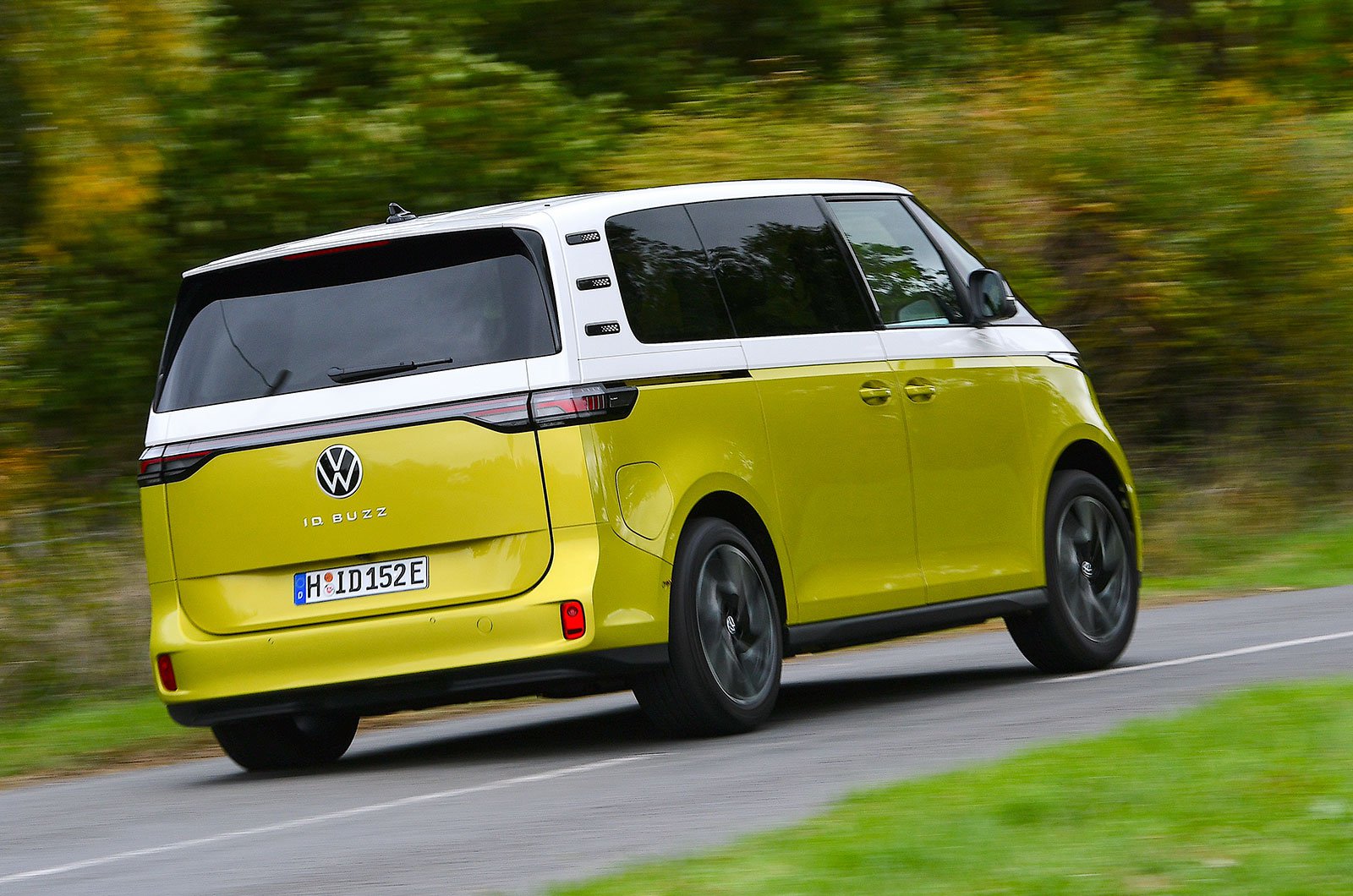 It’s better to drive than any of those rivals, too, with impressively responsive steering and a tight enough turning circle to make mincemeat of tight city manoeuvres. And while we’ve so far only tried versions that are fitted with the largest 20in alloy wheels, the ID Buzz still does a good job of soaking up the worst ruts and bumps from battered British roads.

And then there’s the ID Buzz’s party piece – its spacious and practical interior. Families of all shapes and sizes will have room to roam inside the ID Buzz, and that practicality will only grow when a seven-seat version joins the range next year.

While you’ll pay a fair amount more for an ID Buzz than you will for most rivals outright, residual values are predicted to be rock-solid, and that should keep finance payments competitive as well as meaning you should get more of your money back when it comes time to sell. And don’t forget the potential savings that come with owning an electric vehicle, either; if you charge the ID Buzz primarily at home or work, you could enjoy substantially lower running costs than conventional petrol or diesel-engined MPV would bring.

Its looks may be an homage to the famous Type 2 Volkswagen Camper of the 1960s, but this van-based MPV is thoroughly forward thinking. For bigger families, going electric just became a lot more tempting.