In another of our weekly history lessons, we look back at the once popular but now oft forgotten repmobile that was our 1989 and 1990 What Car? Family Car of the Year: the Mk3 Vauxhall Cavalier... 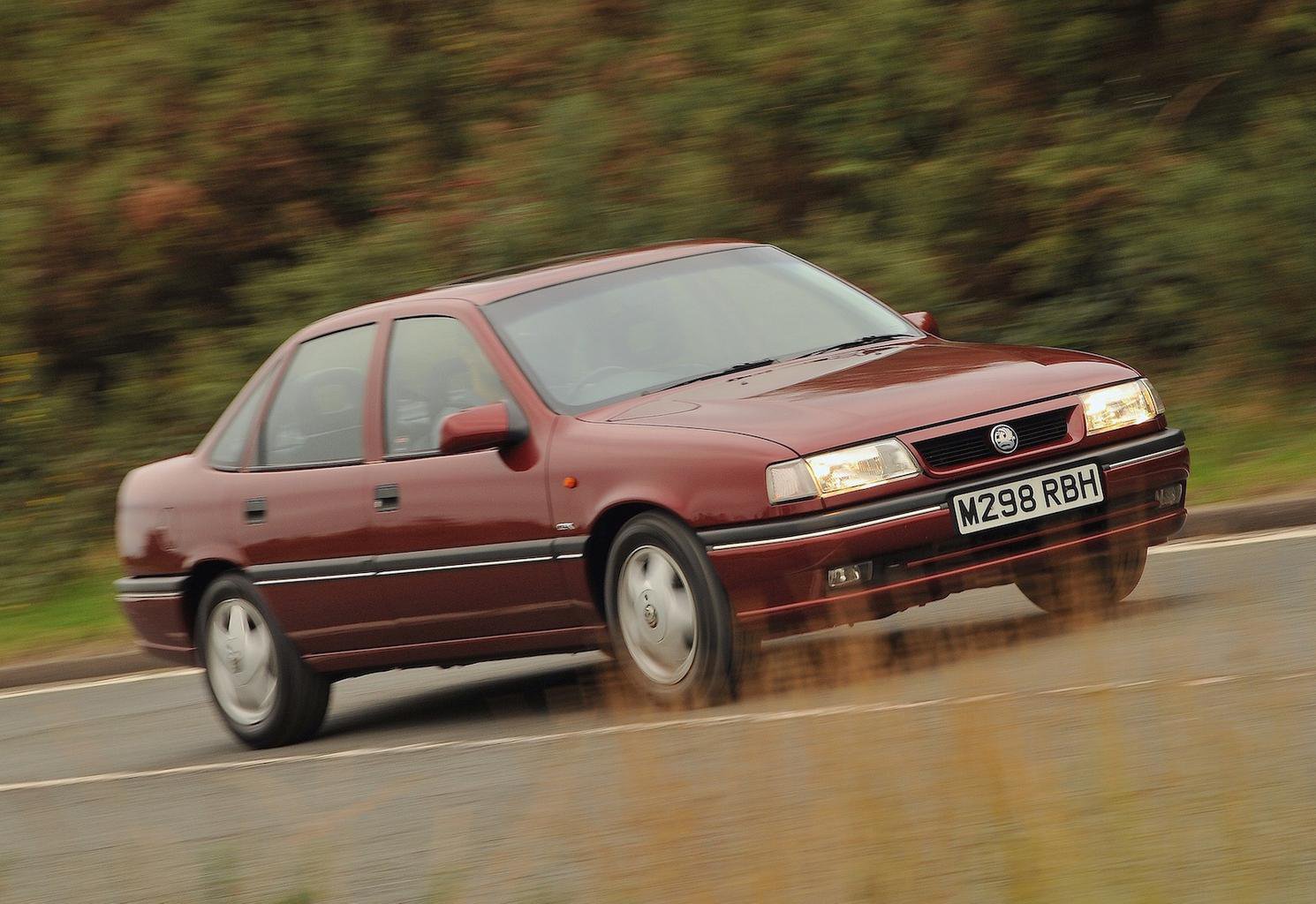 Can you remember a time when 'cavalier' wasn’t merely the attitude of the White House’s incumbent but one of the most prolific automobiles on UK roads? Then settle into a bout of nostalgia as we look back at our 1989 and 1990 What Car? Family Car of the Year winner, the Mk3 Vauxhall Cavalier.

Its genesis was in 1975 with the rear-wheel-drive Mk1, which headed into a cutthroat battle for fleet sales against the ubiquitous Ford Cortina. But by the time the Mk3 was thrust into action, the Cortina had bitten the dust, leaving its replacement, the Ford Sierra, to pick up the baton. And for years, it was these two titans alone vying for the top of the new-car sales charts, leaving realtive minnows, such as the Austin Montego and Nissan Bluebird, picking up the scraps.

To understand the significance of the Cavalier Mk3, we need to go back to 1981, when the Mk2 appeared. The Sierra, which arrived a year later in 1982, failed to match the Mk2’s sales throughout its life but, in 1987, the last year of Cavalier Mk2 production, Uncle Henry’s 'fortress of the fleets' finally sneaked ahead. Some argue that this is a measure of just how long it took us sceptical Brits to adjust to the Sierra’s ahead-of-the-curve, jelly-mould looks. By which time we were ready for some svelte. 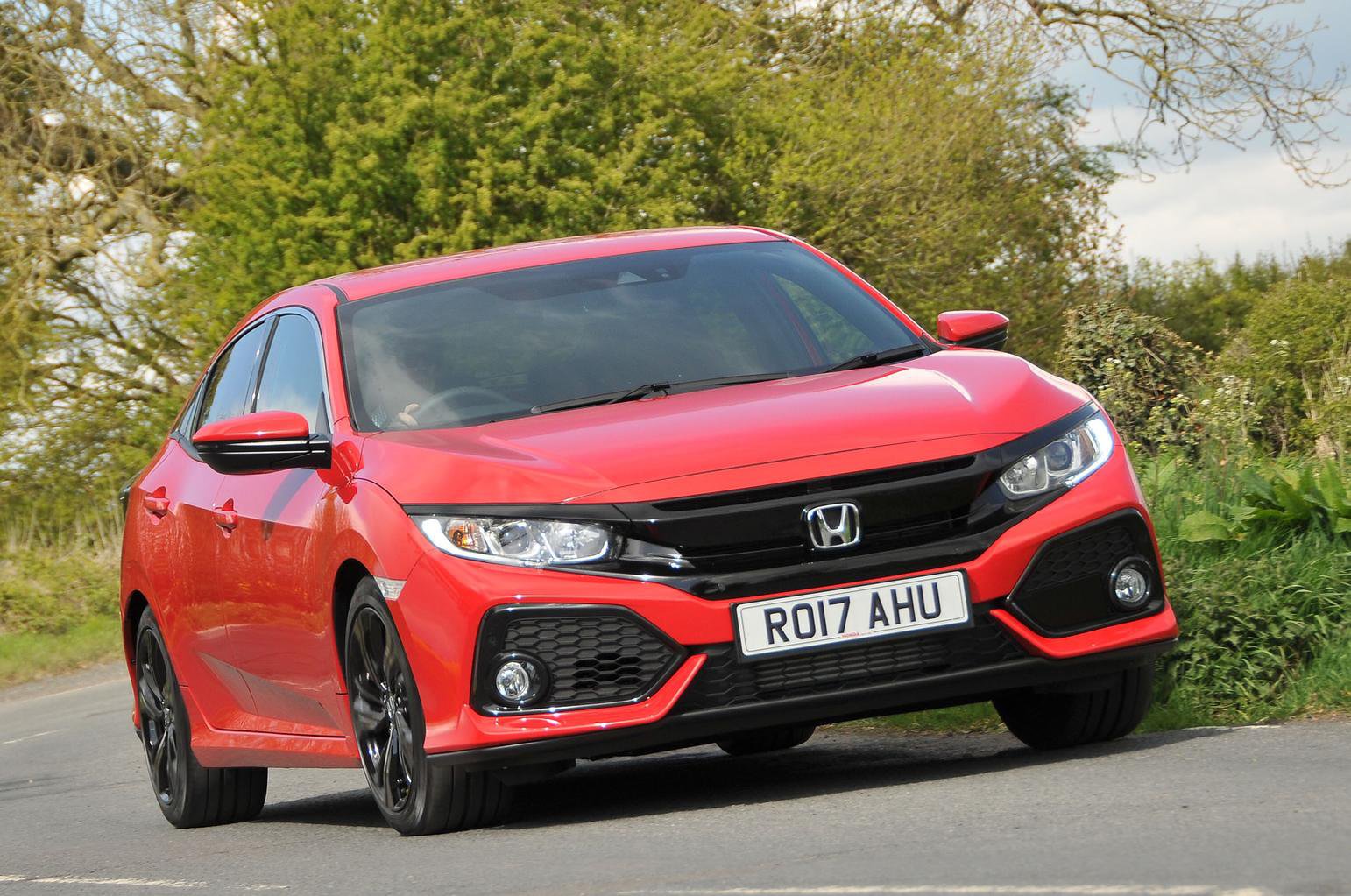 Just as Ford execs were tugging at their Gordon Gekko braces and supping the Bollinger of success, Vauxhall unveiled the Cavalier Mk3 in 1988. Boom – with its sleek, swoopy lines, boy, it cut a dash – and promptly pooped on Ford's party.

This was also an era, don’t forget, when the green brigade began its inagrual march for fuel efficiency. But unlike today, when it's all about downsized engines and hybrid technology, in the late 1980s the buzzword was aerodynamics. And with its thoroughly modern lines and flush-fitting windows, the Cavalier Mk3 boasted a slippery drag coefficient of just 0.29 versus the Mk2’s 0.37. Overnight, it had made every one of its rivals look faintly prehistoric.

We made note of this in our 1989 group test of the Cavalier, describing "the miles whipping by in a quiet comfortable blur", thanks to "the car’s attractive aerodynamic styling, which cuts wind bluster and improves performance".

And it wasn’t just externally where things had changed. Sure, underneath was basically the same front-wheel-drive chassis as the Mk2, but the heavily revised suspension, we quipped, gave it "a far more compliant and comfortable ride at speed". What's more, "the Cavalier is a car you know is going to be a joy to drive almost as soon as the wheels start to turn", due to its "stability" and "crisp" turn-in. 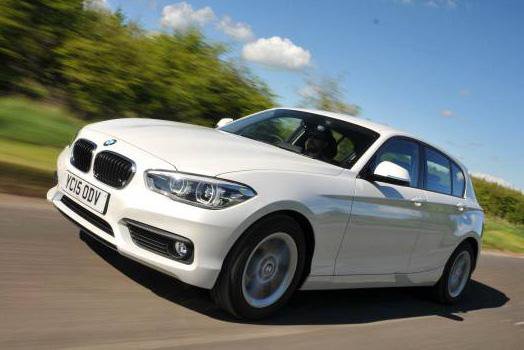 Performance was also virtuous. the Mk3’s Family II range of engines, which were carried over from its predecessor, were always so much stronger and more efficient than Ford's outdated Pinto or limp-wristed CVH lumps in the Sierra. And the 16-valve GSi model aside, the 115bhp eight-valve 2.0i engine we tested was the most coveted.

Why? Well, while the Sierra was fed by an old-fashioned carburettor, the Cavalier had that 'i' for injection in its name. This gave it the legs not just over the Sierra but also the Fiat Croma and Mazda 626 we ran it against, vanquishing their top speeds with a heady 120mph flat out and streaking from 0-60mph in 8.9sec – one second clear of the Sierra and two whole clicks quicker than the Croma.

Right there was the sort of chest-puffing bragging rights Mr Company Car Man loved. But his fleet manager was decidedly chuffed, too: its fuel economy of 51.4mpg at a constant 56mph was pretty parsimonious for the time. 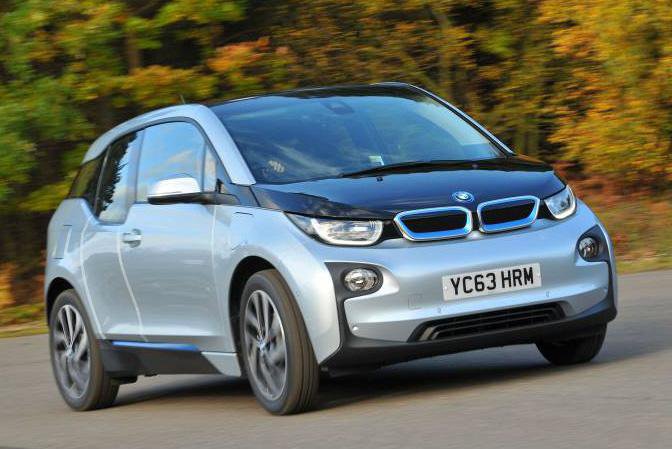 And returning to the environmental theme, and demonstrating how far we’ve come today, we gave the Cavalier extra "greenie points" for being the only car in that test to have a "switchable microchip that enables it to run on unleaded fuel". Hell’s bells, that cutting-edge gizmo meant that, with the flick of a connector under the bonnet, this microchipped marvel could run on the funny new petrol from the green pumps.

In certain circumstances, time is a healer. But after that glowing build-up, it seems time has wounded our once great champ. Climb inside the Mk3 Cavalier now and you’re met with a driving position that simply wouldn’t cut the mustard today. The non-adjustable steering wheel is offset so far to the left that you’re left wondering if your passenger should be the one steering, while the La-Z-Boy-esque seats lack any form of lateral support, sending you sliding sideways round the first hairpin bend. 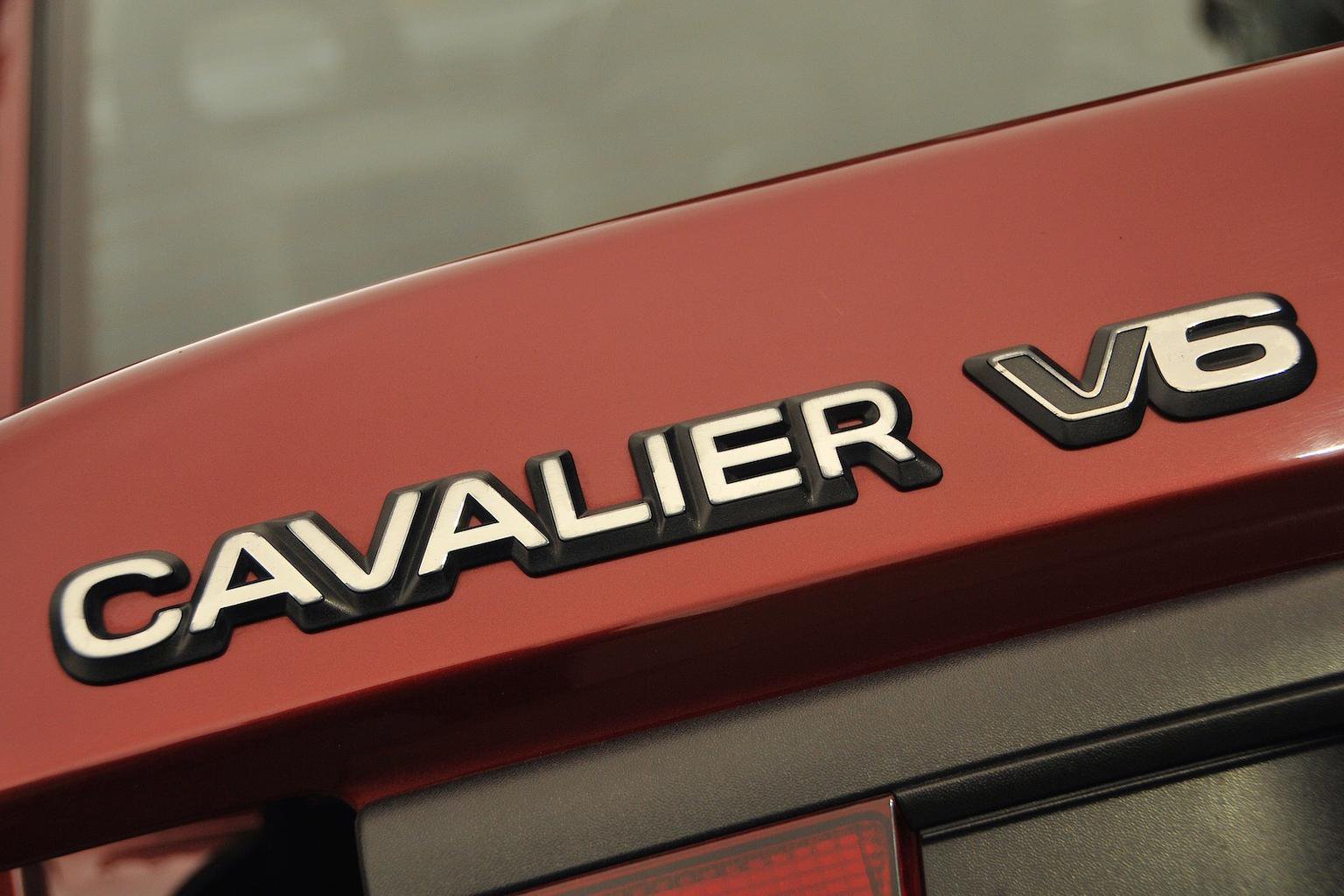 Thankfully, the rest of the interior is far more commendable. Soft-touch plastics cover the entirety of the dash and, despite the interior looking a tad bland in its monochrome colour scheme, this being a later top-of-the-range V6 CDX model, there's at least plenty of kit to keep you entertained: air conditioning, heated seats, an electric sunroof and a fancy Blaupunkt CD player.

It’s stomping the major routes that our Vauxhall still shines. On a fast-moving motorway, the Cavalier is surprisingly subdued, with minimal wind or road noise, demonstrating that all those hours in the wind tunnel were fruitful. And this 2.5-litre V6 engine has even more grunt than the 2.0-litre in our test, delivering effortless roll-on performance, despite being paired to a rather sluggish four-speed automatic gearbox. It’s easy to see why 'the Cav' was the repmobile of choice. 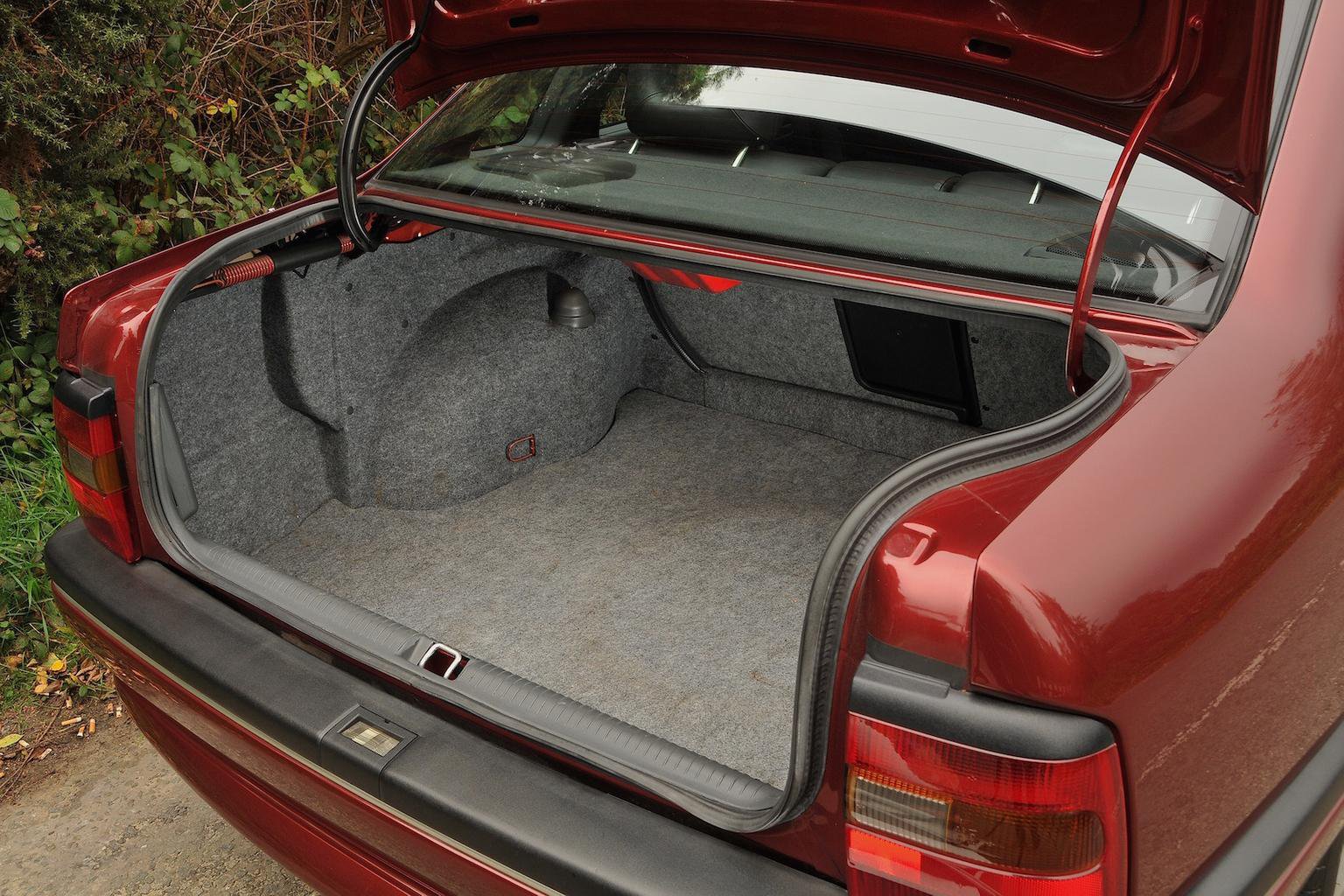 Removed from its natural habitat and heading down a demanding country road, it’s less supreme. With vague steering and relatively soft suspension, the Cavalier feels unwieldy and often gets pitched off line by mid-corner lumps and bumps. It’s easy to see why, in 1995, Ford regained the upper hand – and its pride – with the Sierra’s ground-up replacement: the sharp-handling Mondeo. On which point, we’ll have more on that chapter for you soon. 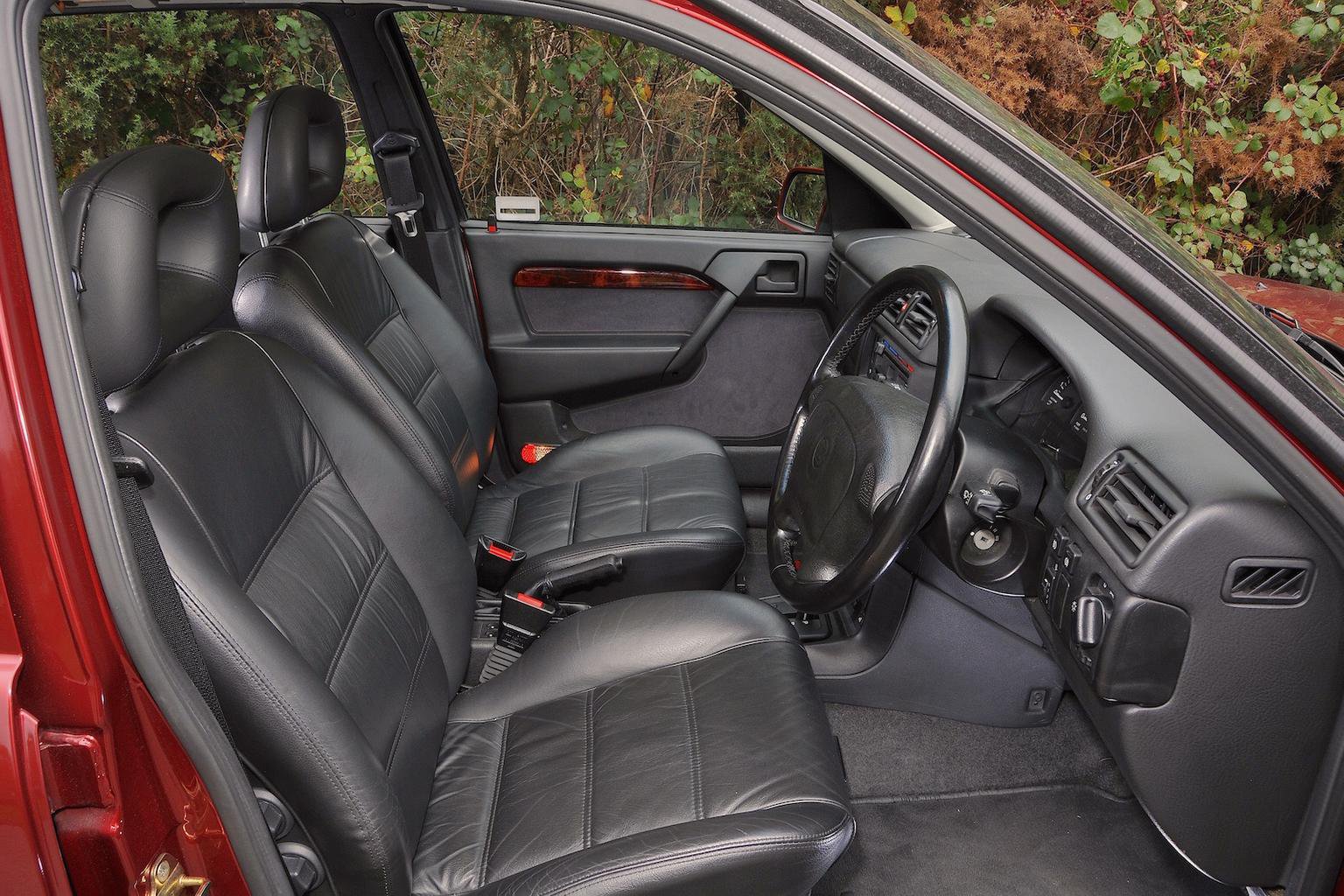 If you fancy shelling out your hard-earned for a slice of 90s objet d’everyday, then we have good news and bad news. You can get your hands on a potentially ropey example with an MOT of varying longevity for as little as £200 – less if that MOT has got just seconds to run. 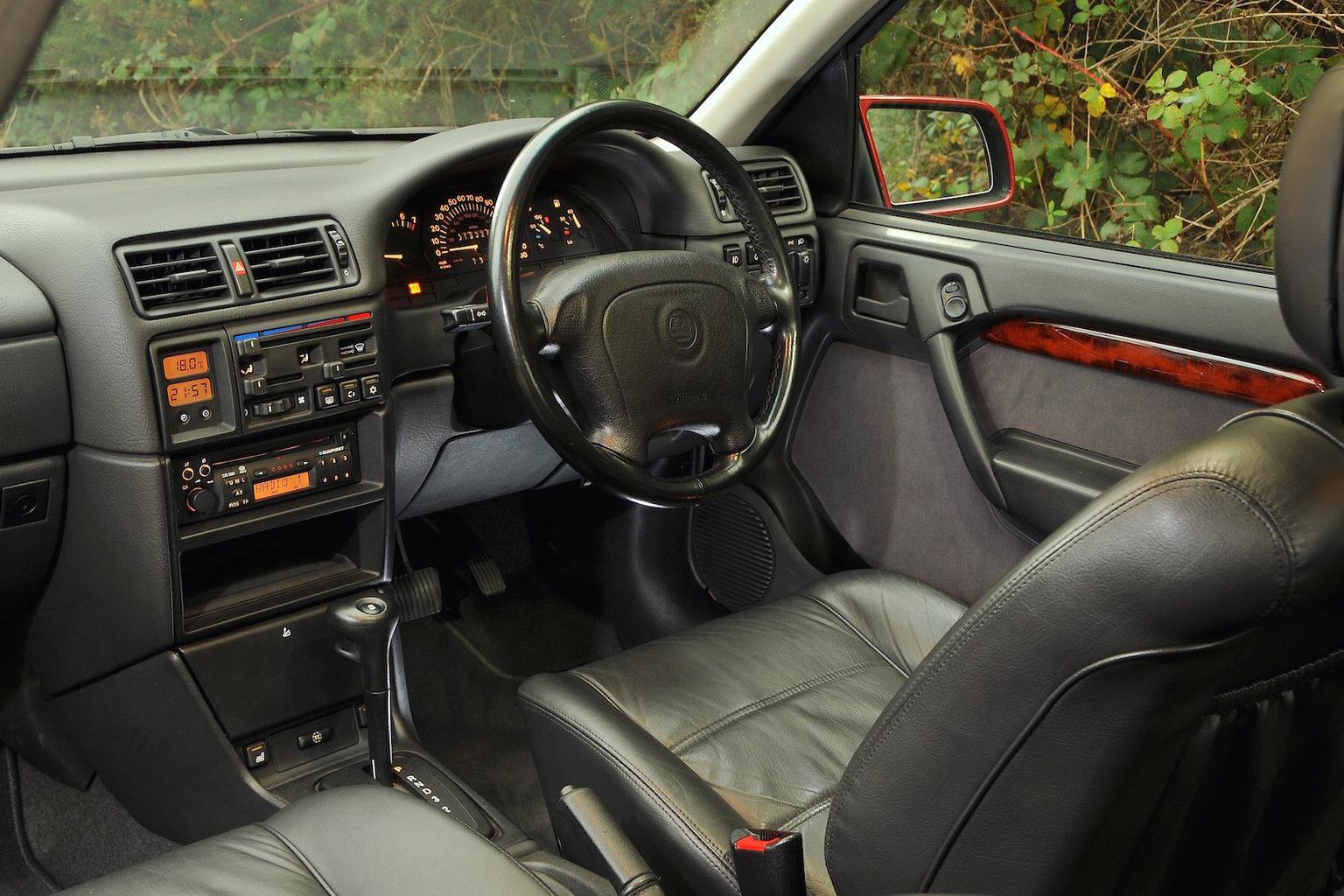 Spend between £500 and £2500 and you can find examples ranging from respectable to really rather resplendent, but beyond that things get a little incongruous. We witnessed adverts for clean, 12,000-30,000-mile examples for £3000-£5000 and one 1994 2.0 Turbo 4x4 for… wait for it… nigh on £10,000. Despite its What Car? Car of the Year provenance, we may be so bold as to suggest exercising a little caution before spending that sort of folding on an old Cavalier; it may require some pretty heavy-duty explaining before your significant other shares your joy. 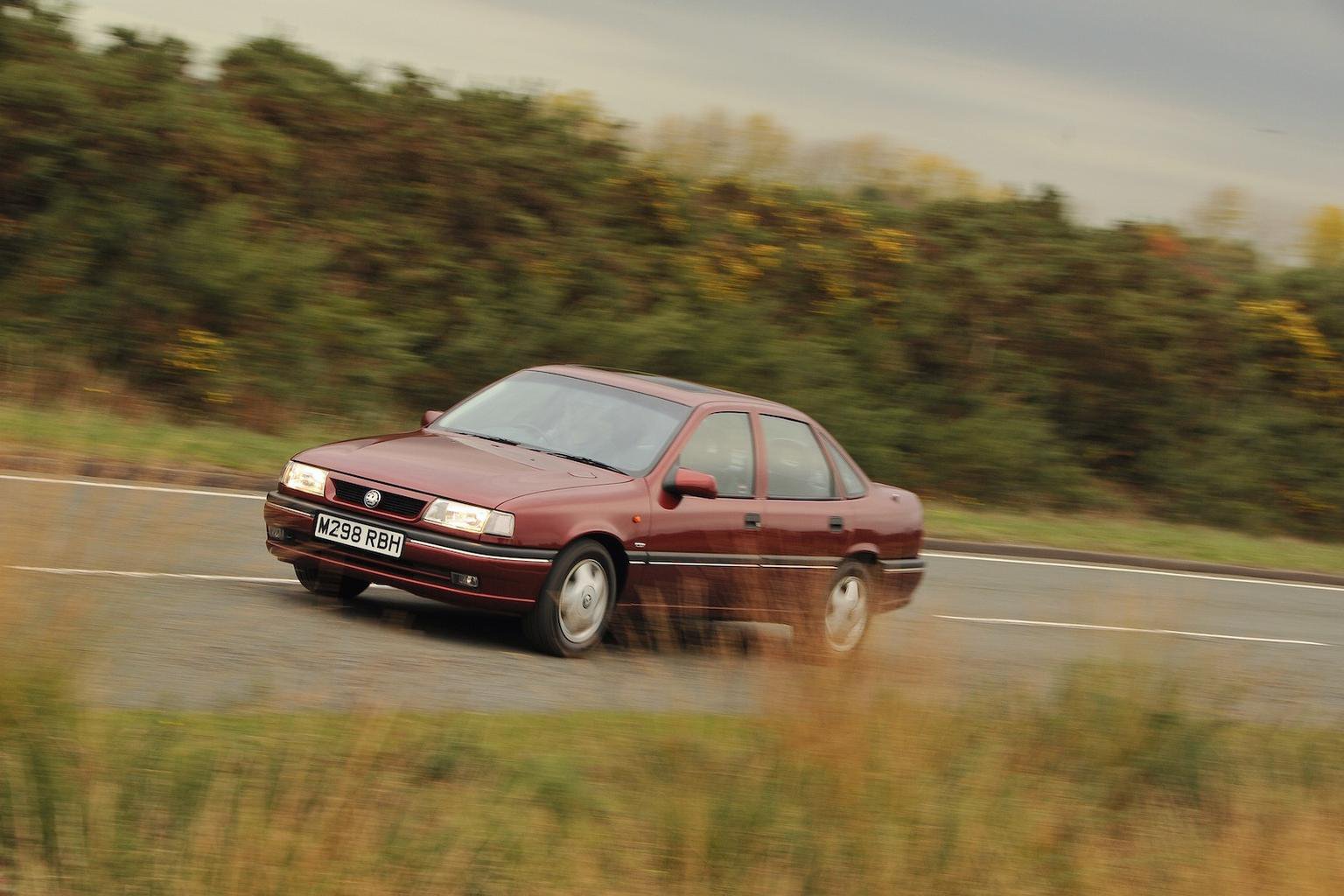 The BMW i3 is an electric family car that uses super-light carbonfibre and aluminium to offset the weight of the battery pack that’s mounted beneath its floor, while a smart interior and great handling add further to its appeal. In addition to the fully electric model, BMW offers a range-extender version with a two-cylinder petrol engine that acts as a generator to prevent the car's batteries from running flat.

Read our full BMW i3 review

Find a great BMW i3 deal 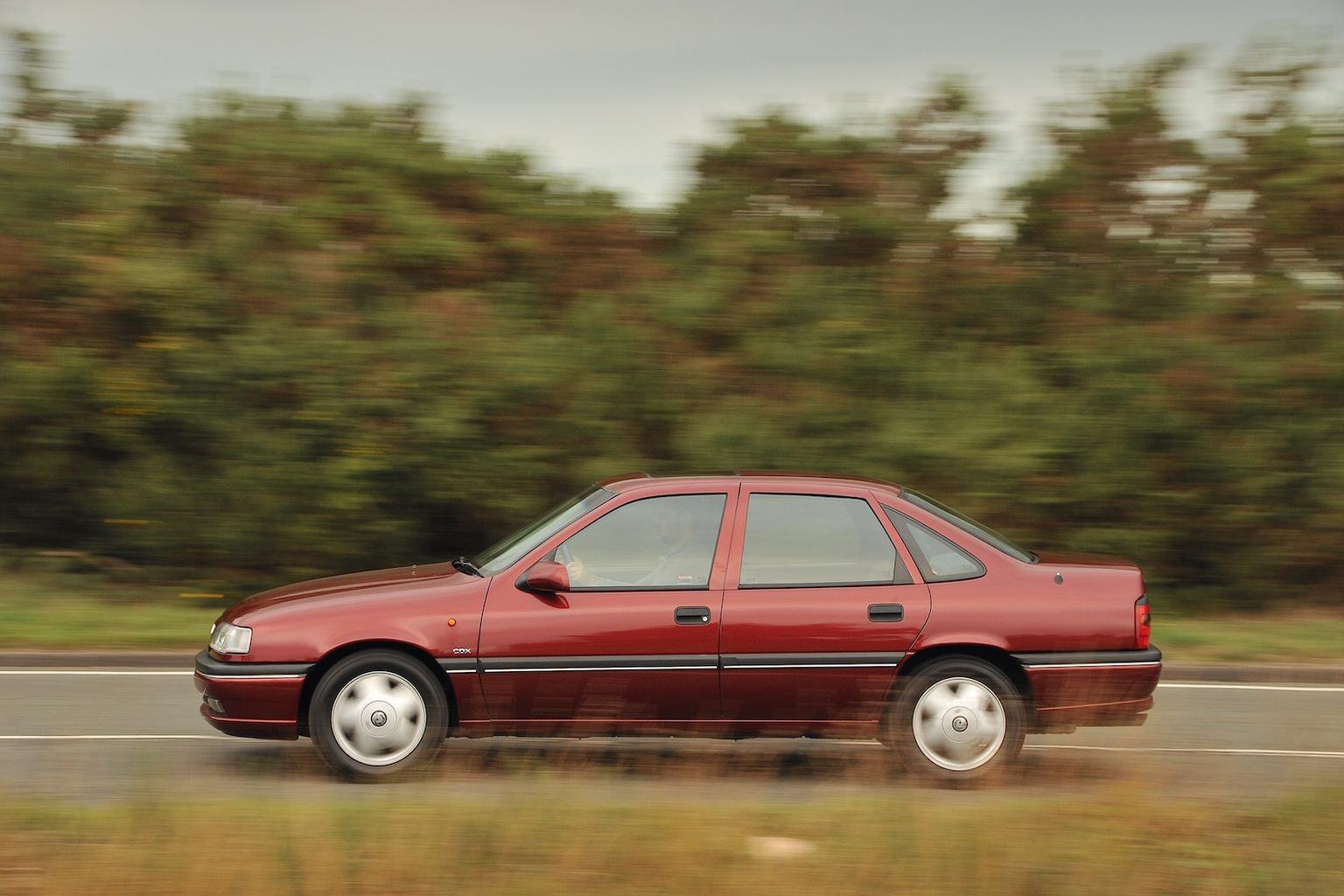 A more conventional option from BMW is the 1 Series, which offers a strong combination of performance, fuel economy and CO2 emissions. It’s still a little unusual in that it sends its power to the rear wheels rather than the front ones, but this makes it entertaining to drive and ride comfort is also good. 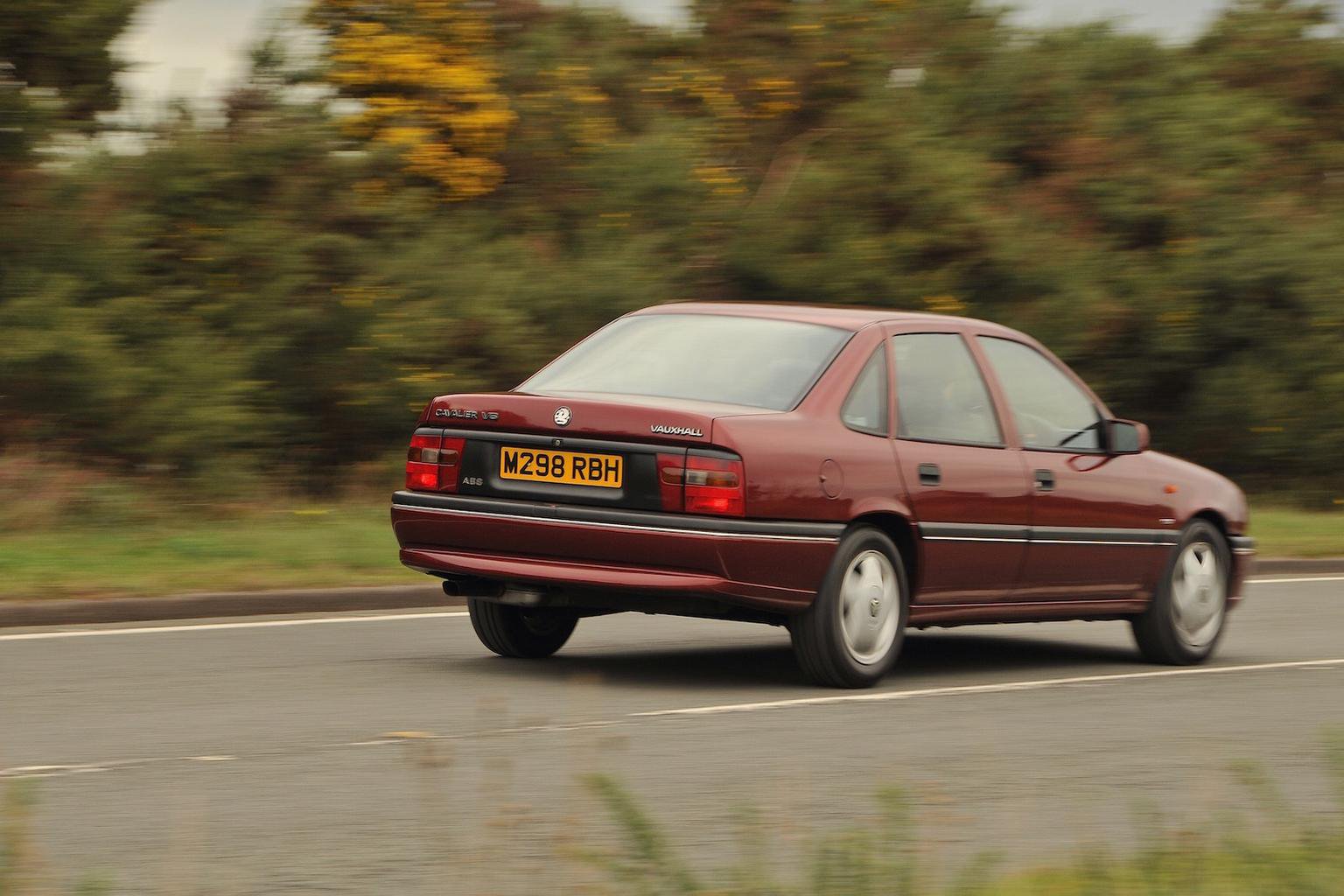 The latest Honda Civic is good to drive and has plenty of space inside for your family and their luggage. Add to that an impressive array of standard safety equipment and it's easy to recommend as an all-rounder. Team the frugal 1.0-litre petrol engine with mid-range SR trim for the best results.