Volkswagen ID Buzz concept looks back to the future

VW's new electric car concept manages to be both retro and futuristic, and could go on sale in the UK in the next decade...

Volkswagen has used the Detroit motor show to unveil this, the ID Buzz concept car. It's a high-tech MPV that's tentatively planned to launch in 2022, and follows on from the ID concept revealed at the Paris motor show last September.

The design of the Buzz concept draws heavily from the Microbus, which gained fame in the 1950s as a practical and affordable MPV. The Buzz features seating for up to eight people in a re-configurable interior, with space for luggage both at the front and rear of the car. 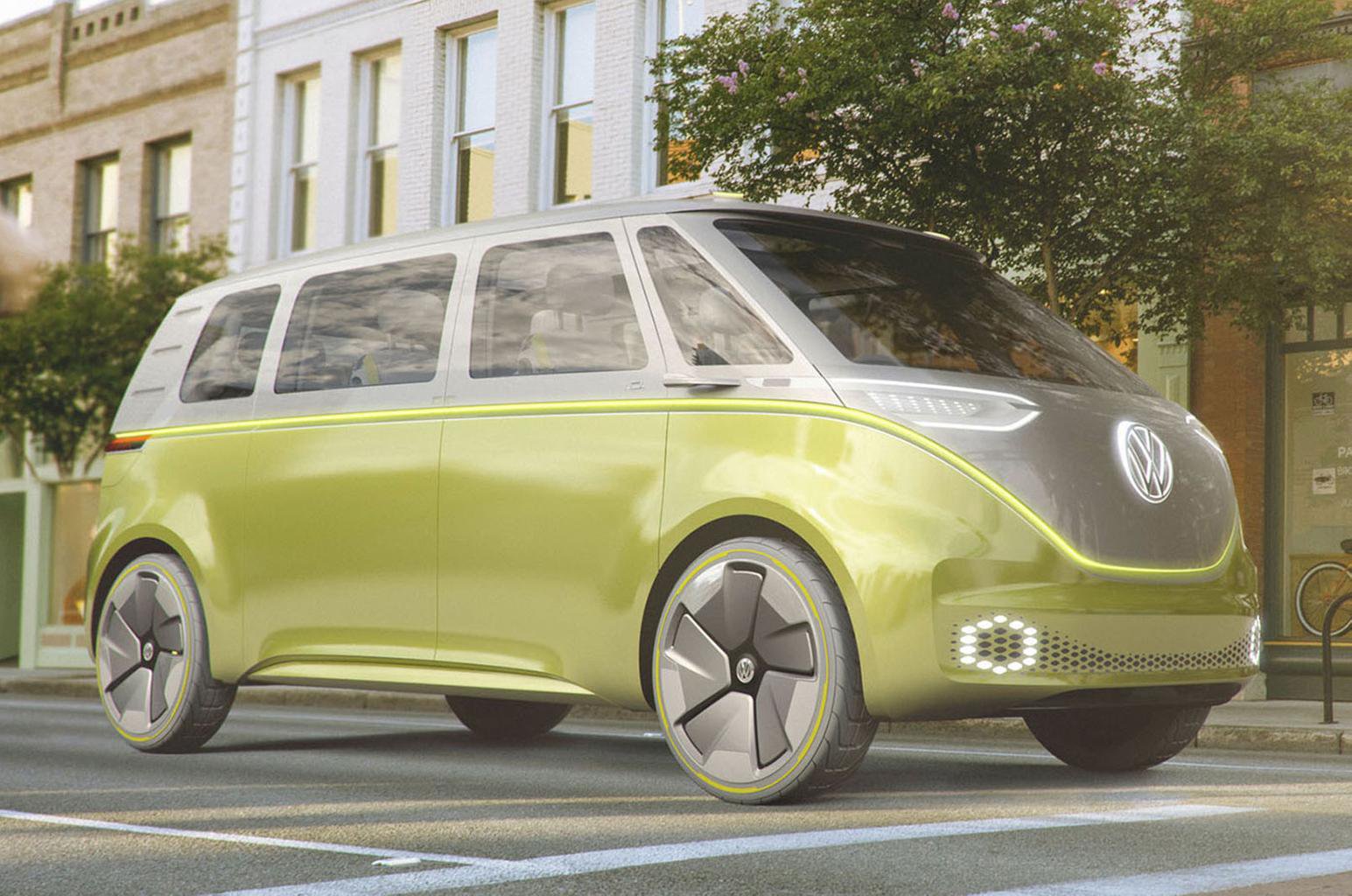 Power for the Buzz comes from two electric motors producing a combined 369bhp – with one mounted towards the front of the car, and the other at the rear. It can accelerate from 0-62mph in 5.0 seconds, and has a limited top speed of 100mph. It offers four-wheel drive, and can travel for up to 372 miles on a single charge – far further than most other electric vehicles, and further even than Jaguar's I-Pace SUV, which has a claimed range of 310 miles, and further than the Tesla Model X's 303 miles.

The Buzz's battery pack is similar to that used in the e-Golf electric hatchback, but can hold more power. Charging the car to 80% of capacity – enough to travel 298 miles – takes just 30 minutes. 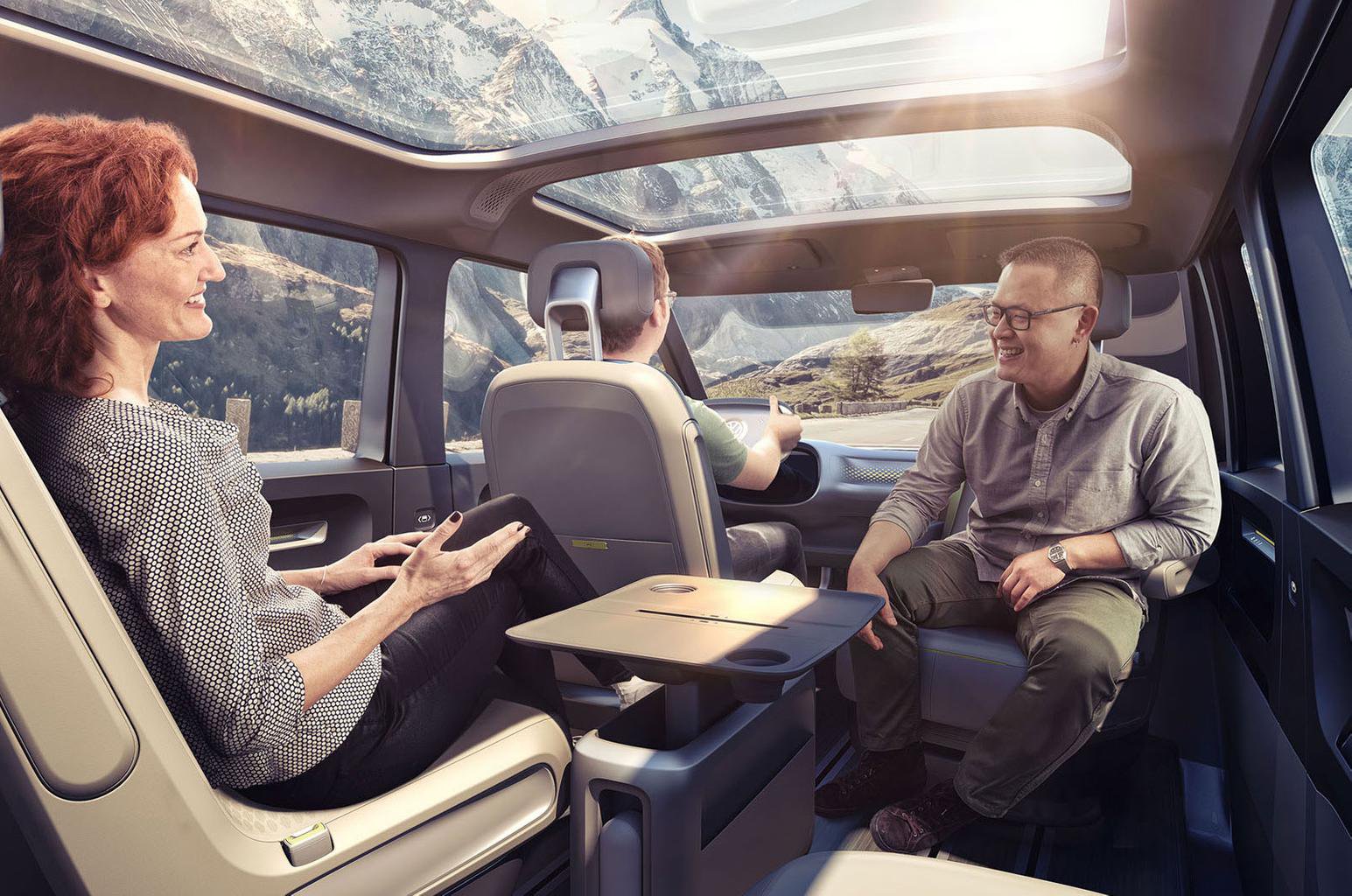 As you might expect from a forward-looking concept car, the Buzz also features the latest in self-driving technology. The steering wheel can be retracted into the centre console when the car is driving itself using a "Pilot" mode, which is scheduled to appear on production cars in 2025. When not driving the car, the driver's seat can swivel to face the rear of the Buzz.

Other features include cameras instead of conventional door mirrors, and the use of augmented reality instead of a traditional dashboard, which projects information directly into the driver's line of sight. 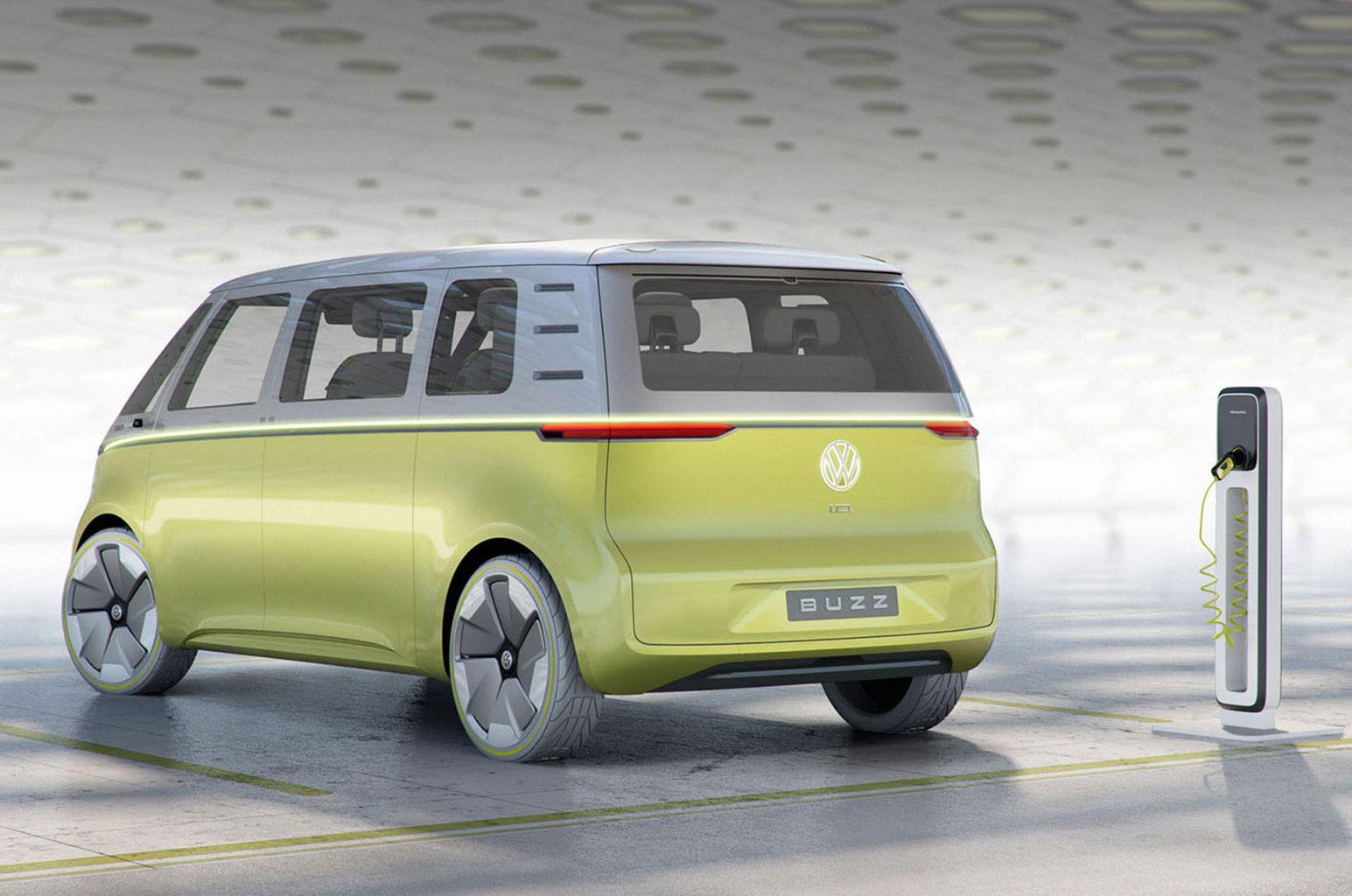 The Buzz is one of five new electric models being developed by Volkswagen, as the German car maker attempts to rebuild its reputation – and the trust of its customers – following the emissions scandal which erupted in 2015.

Among the other models being developed are a small SUV to take on the likes of the Nissan Qashqai and Seat Ateca, a saloon likely aimed at big-selling company cars like the Audi A4 and BMW 3 Series and, possibly, a sports car to top the range.

See more of the ID Buzz concept car in the video below, from our sister site Autocar.