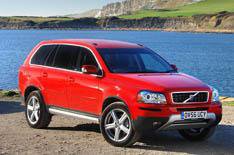 Volvo has tweaked its XC90 range - including the prices.

Its best-selling model, the 2.4-litre automatic XC90, has had its engine refined to cut carbon dioxide emissions to 224g/km.

That's enough to make the car drop into a lower tax band, and ensures it won't be penalised if London goes ahead with a 25-a-day congestion charge for higher-emitting cars.

An R-Design variant has also been introduced in place of the SE Sport. These cars have had the suspension and steering tweaked to give them a sportier drive.

Prices for the range, which will go on sale in June, have also been modified, with changes varying from a 150 increases to 210 decreases, depending on model.