* Hybrid Golf is a reality * Car will have two electric motors * One for drive, one for generating power... 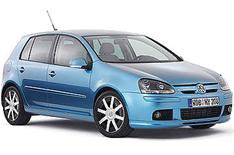 The Twin-Drive Golf hybrid unveiled earlier this year could become a production reality during the lifetime of the recently launched car. The vehicle has two electric motors one to drive the car and one to generate electricity plus a petrol or diesel engine for inter-city use.

Dr Ulrich Hackenberg, VW's research and development chief says much depends on battery technology over the next few years. 'We need a powerful battery not for performance but to give good electrical energy over a long period. It could be available in three to four years.'

Meanwhile, there is plenty of scope for creating cleaner, more fuel-efficient petrol and diesel engines, according to Hackenberg.

A Jetta TDI Clean Diesel capable of meeting clean-air regulations that are not due to come into force until 2014 is already on sale in America, and at last week's Los Angeles motor show, VW revealed a 3.0-litre V6 TDI Clean Diesel for the Touareg and Audi Q7.

There is also plenty of development left in the TSI small-capacity petrol engines in widespread use across VW Group models.

Hackenberg says smaller TSI engines are in the pipeline, but it is also possible to get more power from the existing range by using different turbochargers and superchargers. That would allow them to replace larger, thirstier six-cylinder engines.