The 187bhp version of the Navara’s 2.3-litre diesel found in N-Connecta trim and above certainly feels more muscular than the 2.4-litre Toyota Hilux or 1.9-litre Isuzu D-Max, with plenty of urgency from little over 1000rpm. It certainly doesn’t struggle with a bit of weight in the bed, although sadly we had no bricks or sand to hand for full-capacity tests. However, the Ford Ranger’s most potent 2.0-litre engine and the 2.8-litre Toyota Hilux feel even more urgent.

The Ranger is a quieter companion, too. Although the Navara’s engine pulls strongly from low down, you’ll feel plenty of vibrations through your seat and steering when the engine slogs below 1500rpm, and you’ll hear it working away in the background, even at a cruise. Tyre roar isn’t too bad for a pick-up, but wind noise is particularly noticeable.

The Navara’s manual gearbox has a notchy, mechanical feel to it that you’ll either love or hate. The Ford Ranger’s feels a little more car-like, but the gear lever has an even longer throw than the Navara’s. The automatic gearbox doesn’t feel quite so dimwitted as the Hilux’s, however the Ranger’s is a bit smoother.

With a suspension setup that’s designed to cope with heavy loads and arduous off-road driving, the Navara isn’t fun to drive hard around corners. It has a more advanced rear suspension design than the majority of pick-ups, but even then it leans over markedly in bends, and pitches under braking, while its steering is heavy and slow. There’s no doubt the Ford Ranger feels more agile and leans less during spirited cornering.

Unfortunately, while you’d hope the Navara’s coil-sprung rear suspension would help comfort, you’ll still feel plenty of shakes and shimmies through the base of your seat. This is especially true at lower speeds when dealing with potholes and pimples. Things do improve at speed and with a load on board, but the Ranger is the one to beat here, too. 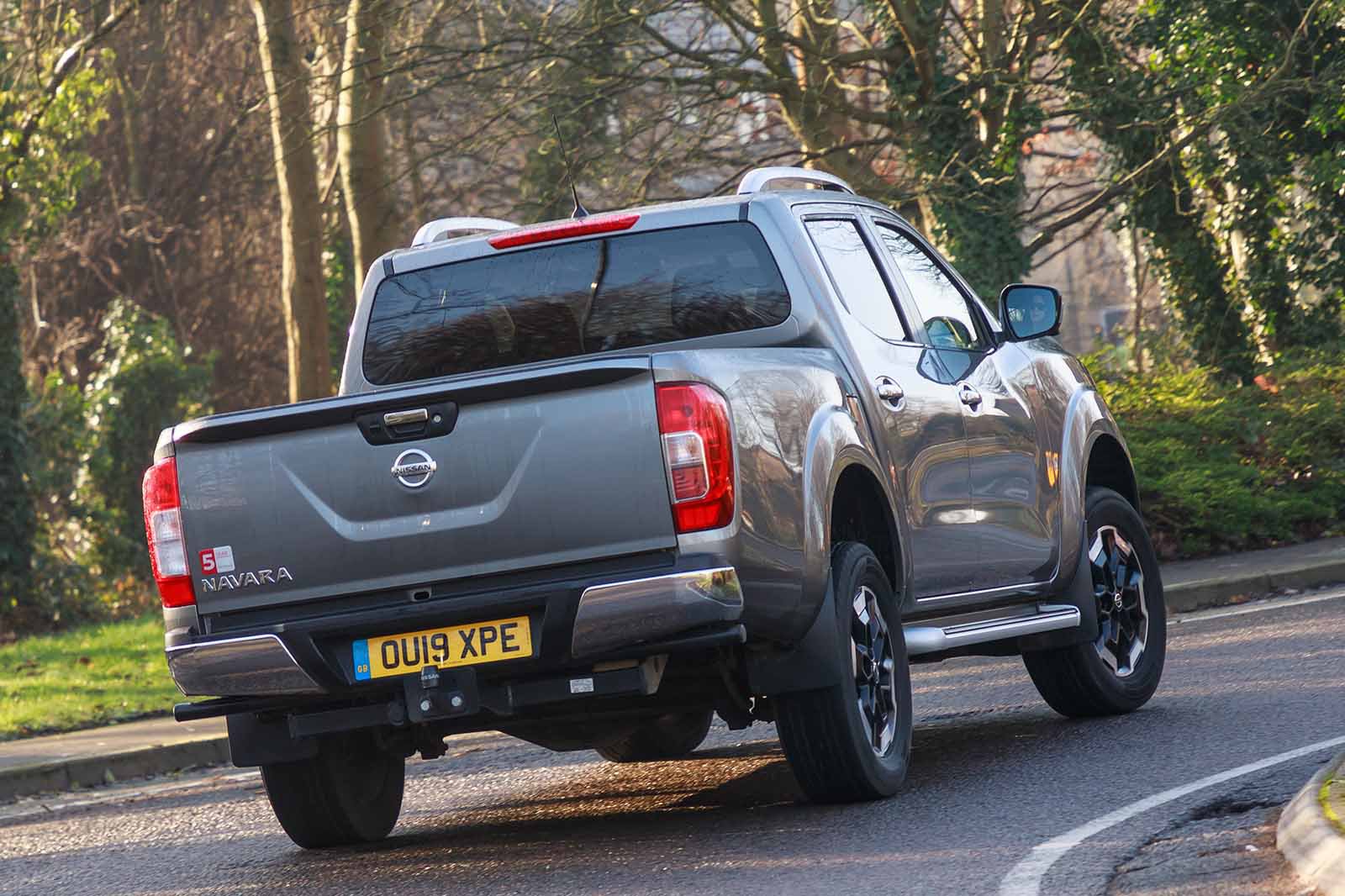