As you’d expect from a top-of-the-range model, the 308 GTi is garnished with plenty of extra design details and equipment. The general layout is that of the regular 308, of course, but the subtle tweaks are worthy of a car looking to compete with upmarket rivals such as the Golf GTI.

The 308 GTi’s bucket seats, which are trimmed in leather effect and Alcantara, are of a high perceived quality and the perforated leather steering wheel feels supple in your hands.

The only problem we had arose when trying to use the infotainment system's menus, as some of the smaller icons are tricky to hit on the move. If only Peugeot had fitted separate controls for basic functions such as the air conditioning.

Much of the interior benefits from smart trim, but there are some signs of cost-cutting, including a large swathe of hard, scratchy plastic beneath the centrally mounted touchscreen. 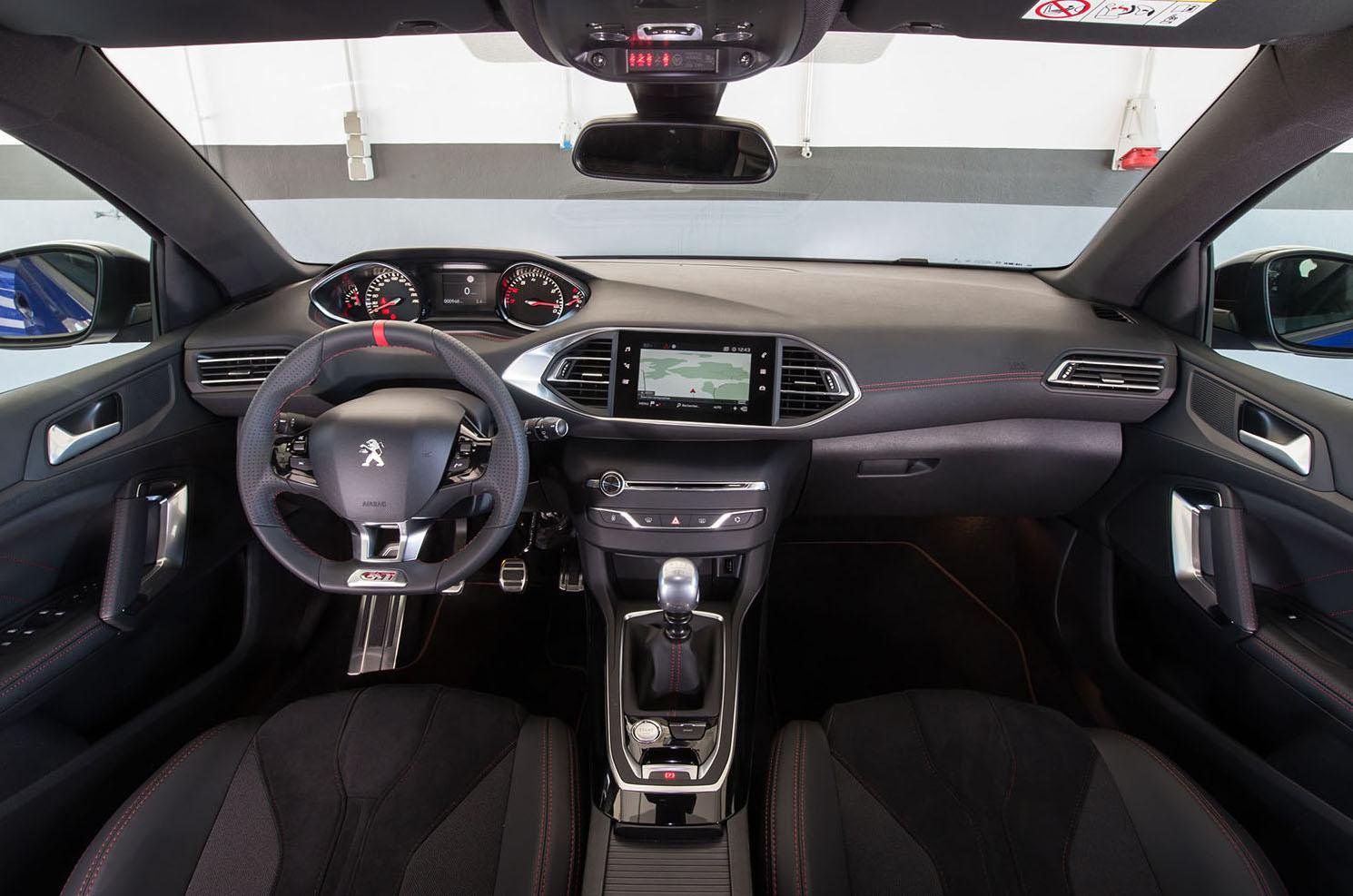