Even though it’s an SUV, you don’t sit that much farther from the road in the e-2008 than you do in the Volkswagen ID.3. The Kia e-Niro is better if you want a more commanding driving position and it’s also easier to see out of than the e-2008, which has thicker windscreen and rear pillars. It’s not as bad as the DS 3 Crossback E-Tense, though, which is really poor for over-the-shoulder vision.

You get rear parking sensors as standard with the e-2008, a rear-view camera if you go for Allure trim, and front parking sensors on the penultimate GT trim. GT trim also has full LED headlights (dipped and main beams) but all versions have LED dipped headlights that are much better than the e-Niro’s rather dim halogen beams.

There’s plenty of reach and height adjustment for the steering wheel and driver’s seat adjusts for height, but it’s a little narrow and doesn’t come lumbar adjustment. It can take a while to find a comfortable seating position as a result, but some of the problem can be blamed on the e-2008’s tiny steering wheel that we mentioned in the last section.

It is part of Peugeot’s i-Cockpit philosophy and the theory is this: a small, low-set steering wheel allows the instruments to be placed higher, so you don’t have to look far from the road to read them. Unfortunately, the reality is many people will find the top of the steering wheel covers the dials unless you set it unnaturally low. As if to prove the idiocy of reinventing the wheel, we can’t think of any rival with a standard steering wheel that has any such problem.

The other thing is the e-2008’s 3D digital instrument screen. You get this if you opt for mid-level Allure Premium trim or upwards and it replaces analogue dials. The screen has a ‘3D’ effect that's a case of form over function; some people find it makes the numbers trickier to read at a glance than the screens of rivals, such as the Kia e-Niro or Volkswagen ID.3. That said, you can play around with the screen to show the information in different formats; some are clearer than others and it’ll also display a whole navigation map if you want (and you have in-built navigation fitted) so it has some good points.

Speaking of which, entry-level Active Premium trim has a 7.0in infotainment touchscreen but no sat-nav. It does have Apple CarPlay/ Android Auto so you can use you phone’s sat-nav maps (Google Maps and Waze etc) instead. GT trim adds a bigger 10.0in touchscreen with navigation included. Either system isn’t particularly impressive, with laggy software that’s also a bit fiddly to operate. And the larger screen permanently displays the temperature controls for the climate control on each side, which makes the screen’s useable size about the same as the standard system’s.

We’re also not keen on the touch-sensitive buttons located just below the screen because they aren’t easy to find while you’re driving. To be fair, the e-2008’s infotainment is still better than the ID.3’s, which crashes all the time, but we’d take the e-Niro’s, Soul EV’s or the Hyundai Kona Electric’s infotainment instead. The BMW i3’s, with its iDrive rotary controller and brilliant software, is the best in the class, though.

The i3 is also best in the class for interior quality, closely followed by the Mini Electric, but we reckon the e-2008 interior is pretty nice smart, too. It’s much plusher than the rather austere interior of the ID.3 and it feels slightly better made than the e-Niro’s. The switches have an expensive feel and there’s a nice mix of materials all round, with tactile upper surfaces complemented by gloss black trims that in the main feel solid. 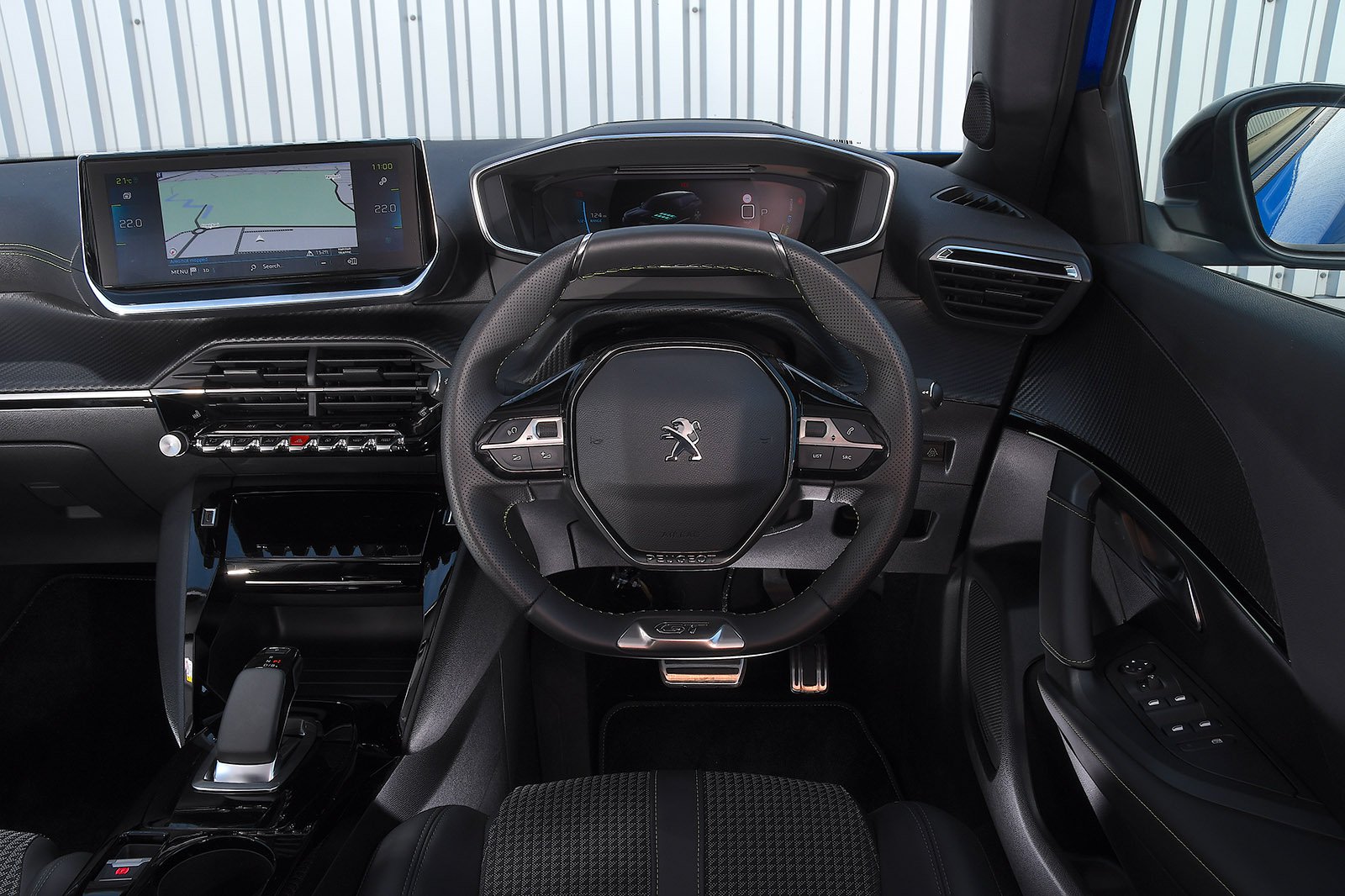