This is certainly one of the nicer electric car interiors around. It’s strikingly designed and its style is backed up by good build quality. It may not be on the same level as the Audi E-tron’s superb – and far more expensive – interior, but the mix of quality materials and the way it’s screwed together is about as good as it gets for the money.

An unusually small steering wheel was one of the previous Peugeot 208’s most novel features, and one that has since filtered its way into other models, including the e-208. The thinking behind it is that, with a view to seeing the instrument display clearly, it’s easier to look over a small wheel  than through a larger one. The end result will work for some, but others could find that the top of the wheel obscures some of the dials.

The wheel itself offers plenty of adjustment for reach but is less generous on height adjustment, while the infotainment screen and its shortcut buttons are helpfully angled towards the driver.

One feature worth mentioning is the 3D-effect driver display. Sure, it’s a bit of a gimmick and of precious little practical use (although Peugeot argues it enables more important numbers – such as your speed – to appear more prominently), but it does give the instrument panel a futuristic, sleek and interesting look that suits the high-tech nature of an electric car. It’s standard from Allure trim and up.

There are no major visibility concerns with the e-208. Despite its sleek, sporty profile, your view out of the rear of the car isn’t really compromised and your over-the-shoulder view is good by small car standards. There are also decent-sized door mirrors, while bright LED headlights with Smart Beam Assist are standard. These can automatically shape the car’s main beam to avoid dazzling other road users without the need to use dipped beam. Front and rear parking sensors are standard, too, as well as a rear-view camera.

A 7.0in touchscreen infotainment system is standard, while a bigger 10.0in touchscreen is optional on Allure and GT Line, and standard in GT. The system itself is a bit laggy and generally fiddly to operate, but Apple CarPlay and Android Auto come as standard. It’s annoying, though, that the air conditioning controls are hidden within a touchscreen menu rather than using simple, physical dials for routine tasks, such as changing the interior temperature. 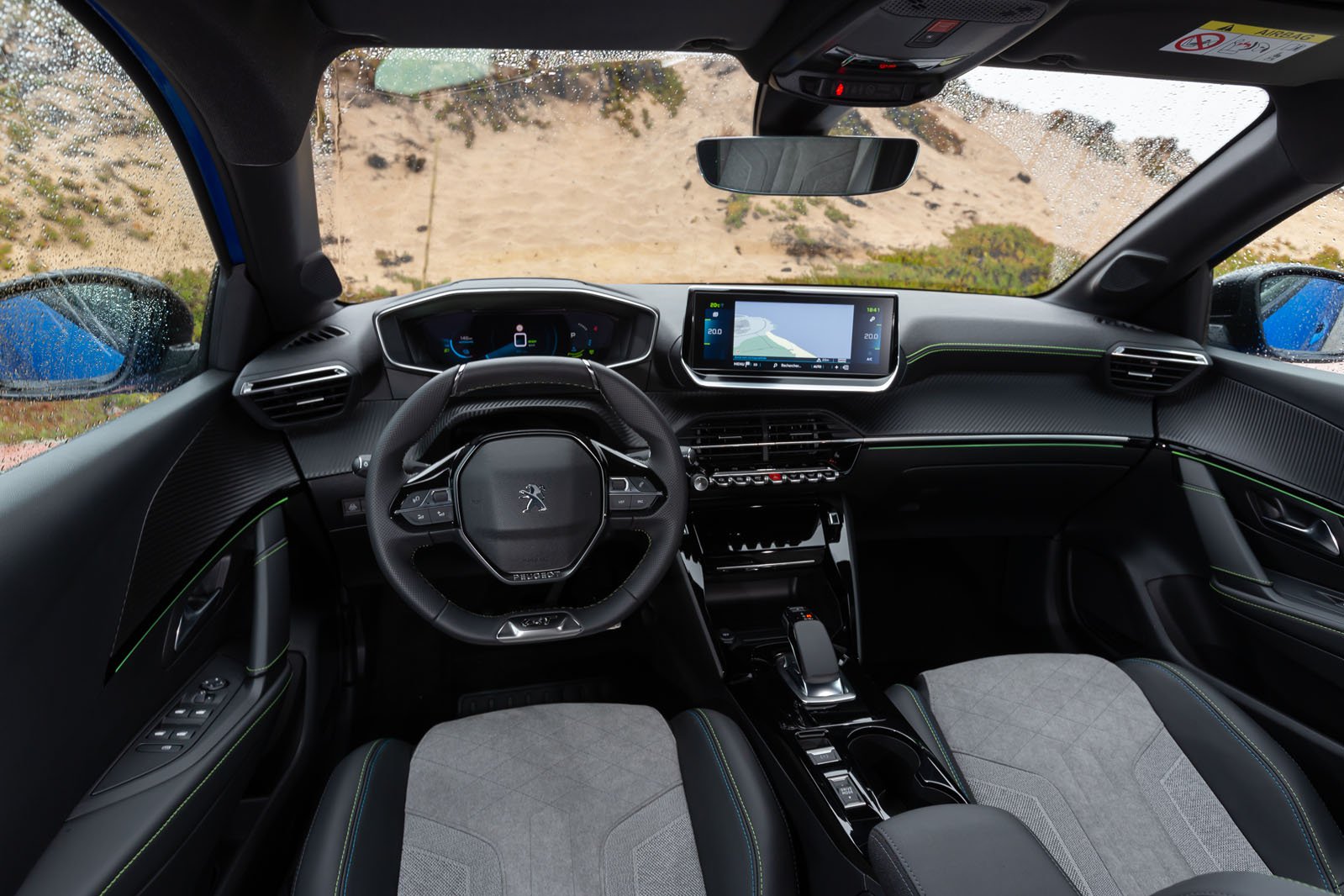 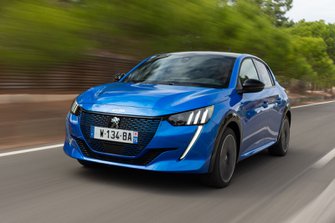 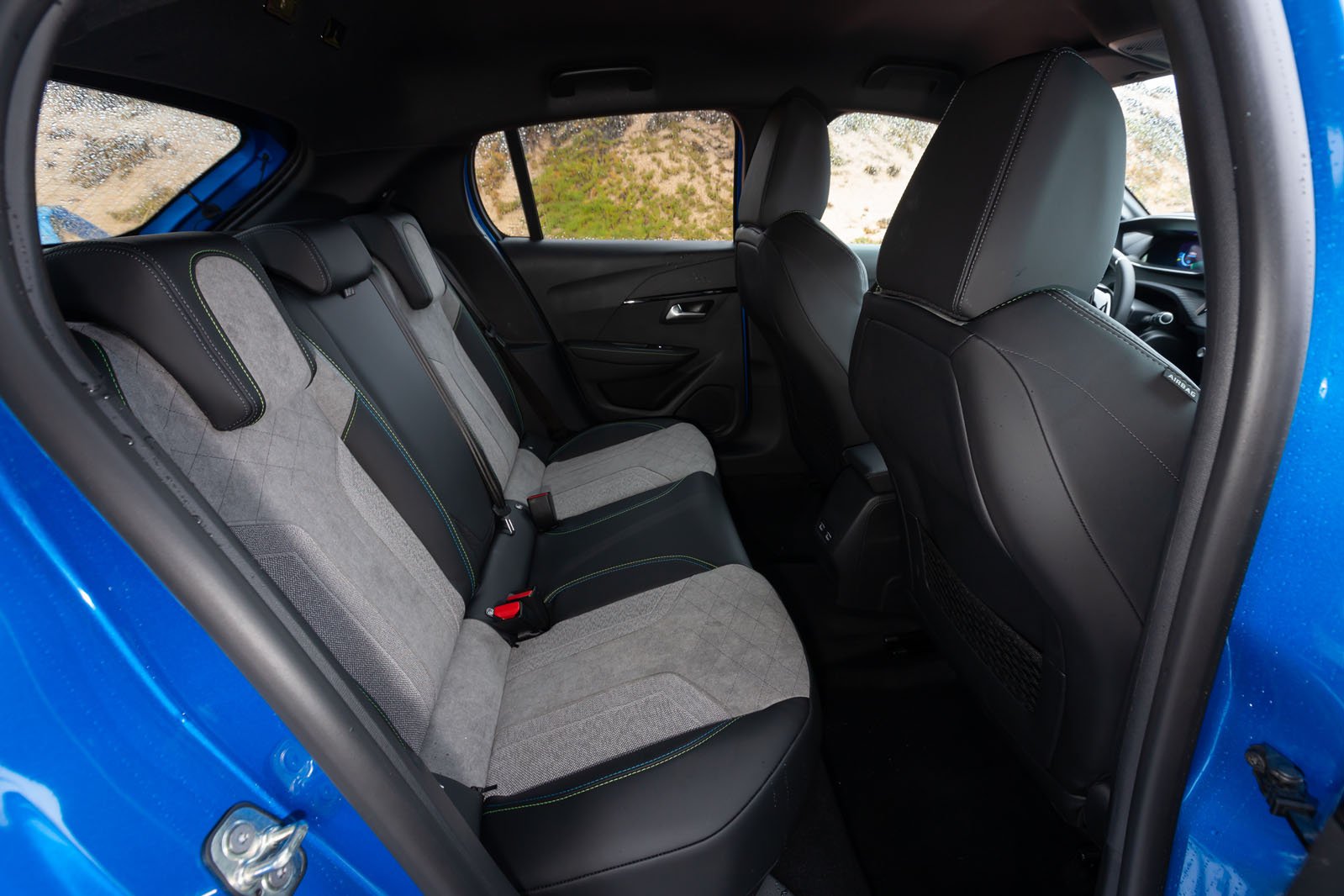