Aside from a couple of energy flow readouts on the infotainment screen, a different gear selector, plus a 10in digital driver's instrument cluster, there’s little inside the e-Rifter you won't find in the non-electric Peugeot Rifter.

The i-Cockpit interior design distinguishes it from the Citroën e-Berlingo and Vauxhall Combo-e Life. It's been a feature of a few Peugeot models, and on early versions some drivers found that the low-set steering wheel blocked their view of the instrument cluster. That's not the case with the e-Rifter, though, because the height-adjustable seat and the reach and rake adjustment of the steering wheel make it easy to find the right position.

Pleasingly, you can control the e-Rifter's ventilation functions with physical buttons rather than through the infotainment touchscreen, which is much easier when you're driving.

The 8.0in infotainment system does contain many sub-menus, so it doesn't have the simplicity of the screen in, for example, the Volkswagen Touran. Also, some of the e-Rifter’s graphics are rather small and hard to decipher, especially on the move.

Every e-Rifter comes with a DAB radio, Bluetooth, and Apple CarPlay and Android Auto smartphone mirroring (so you can run your phone apps through the infotainment screen). 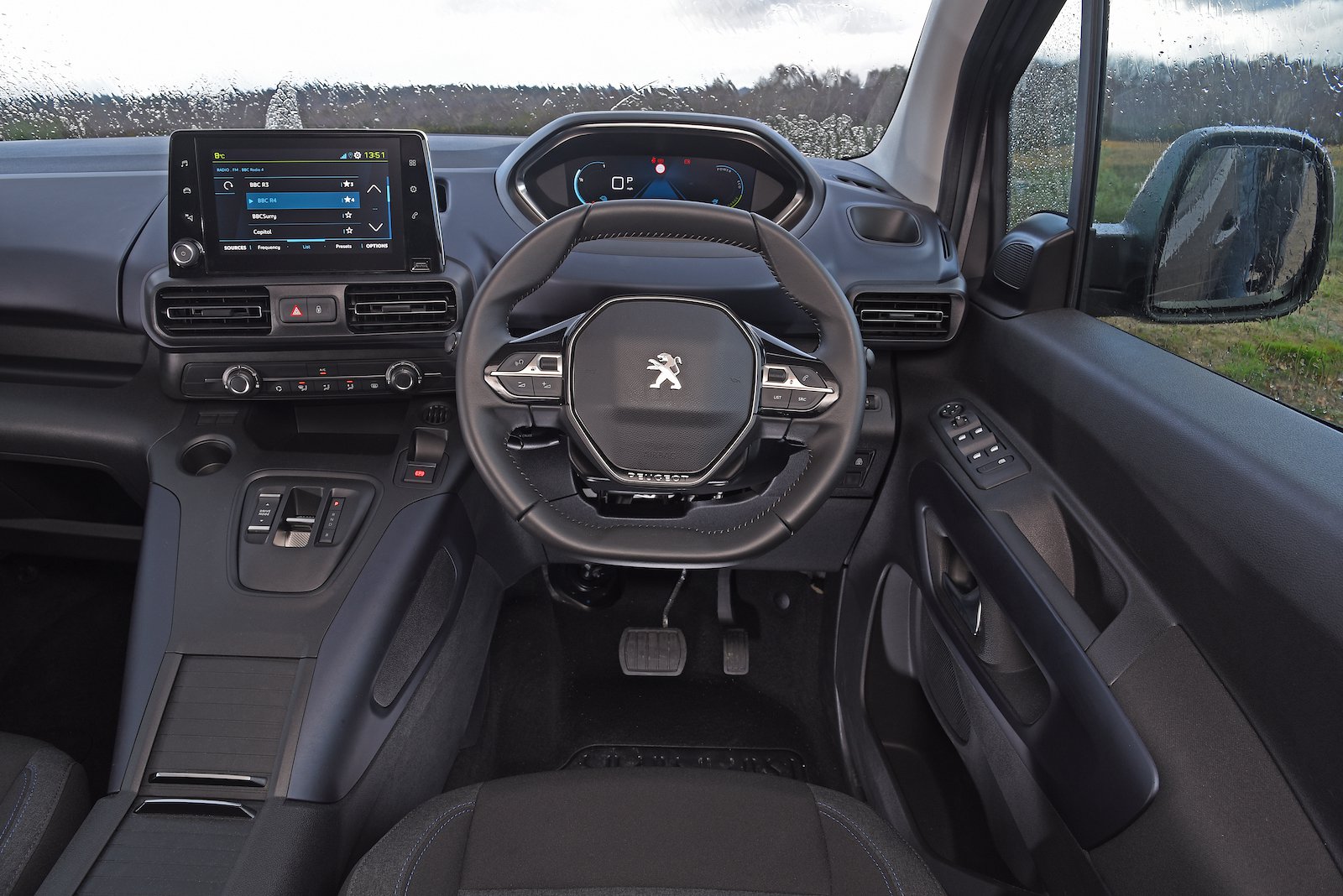